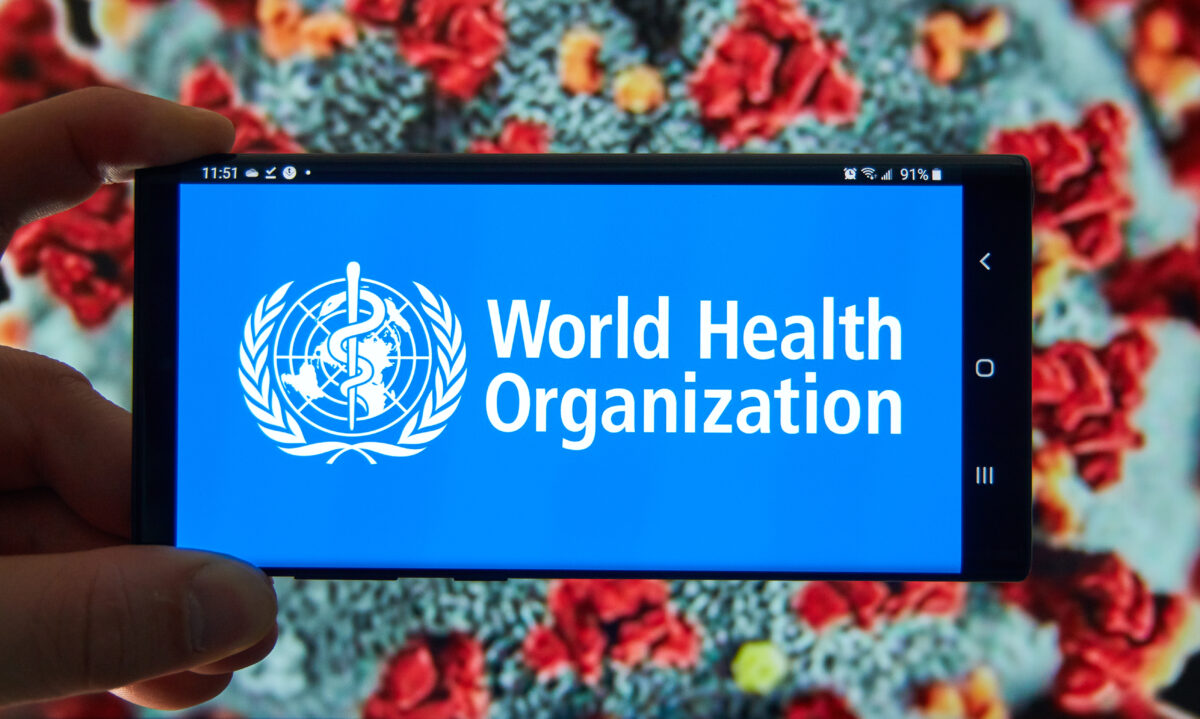 The following article, Trump Was Right: WHO Humiliated After Report Shows Covax Missed Vaccine Target by 1.1 Billion, was first published on Flag And Cross.

When then-President Donald Trump halted the United States’ funding of the World Health Organization in April 2020 and severed ties with the group a month later, critics accused him of ignoring Americans in need during the COVID-19 pandemic.

Now, nearly a year after current President Joe Biden rejoined the WHO, the health body has proved to be as ineffective as Trump predicted.

According to The Washington Post, the WHO directed an initiative called Covax whose goal was to distribute 2 billion worldwide doses of COVID-19 vaccines by the end of 2021.

Instead, Covax sent out just over 900 million doses during the year — about 1.1 billion doses short of its goal.

Setting aggressive goals and falling short of them is one thing, but the fact that the program distributed less than 50 percent of the doses it intended to is an unmitigated failure.

Trump saw the writing on the wall regarding the WHO’s ineffectiveness a year and a half ago, when he announced his intention to pull the U.S. out of the WHO, citing corrupt Chinese influence in the organization.

“Countless lives have been taken, and profound economic hardship has been inflicted all around the globe,” Trump said.

“China has total control over the World Health Organization, despite only paying $40 million per year compared to what the United States has been paying, which is approximately $450 million a year,” he continued.

“We have detailed the reforms that it must make and engage with them directly, but they have refused to act. Because they have failed to make the requested and greatly needed reforms, we will be today terminating our relationship with the World Health Organization and redirecting those funds to other worldwide and deserving, urgent, global public health needs.”

When the virus began to gain steam in China, WHO’s director-general praised China’s response to the virus.

“Its actions actually helped prevent the spread of coronavirus to other countries,” Tedros Adhanom Ghebreyesus said in January 2020, according to Stat News.

Over time, it became clear that the Chinese Communist Party had lied about multiple aspects of the virus, including its ability to spread via airborne transmission. Whether the WHO knew it or not, it was simply parroting China’s lies.

Trump and many other critics felt that the fiasco proved the WHO was a political body motivated by connections with China rather than protecting public health.

In January 2021, President Joe Biden announced the United States would rejoin the WHO and once again begin directing funds to the organization. “Health experts” praised the decision, USA Today reported.

“This is very good news for America, for WHO and the world,” said Lawrence Gostin, director of the O’Neill Institute for National and Global Health Law at Georgetown University.

Of course, Gostin failed to explain how funding an organization influenced by communists would benefit America or the world. As the WHO continues to fail in its virus response, it has become clear that this funding is not “good news” at all.

Despite Biden’s backing, the WHO could not even manage to distribute half of the vaccine doses it had planned. As the failures continued, Tedros once again attempted to shift the goalposts.

“Our projections show that supply should be sufficient to vaccinate the entire global adult population, and to give boosters to high-risk populations, by the first quarter of 2022,” he said on Dec. 22, according to the Post.

The WHO proved it could not be trusted nearly two years ago, and that is still true today. Nothing Tedros can say would justify American money going toward the corrupt and ineffective agency.