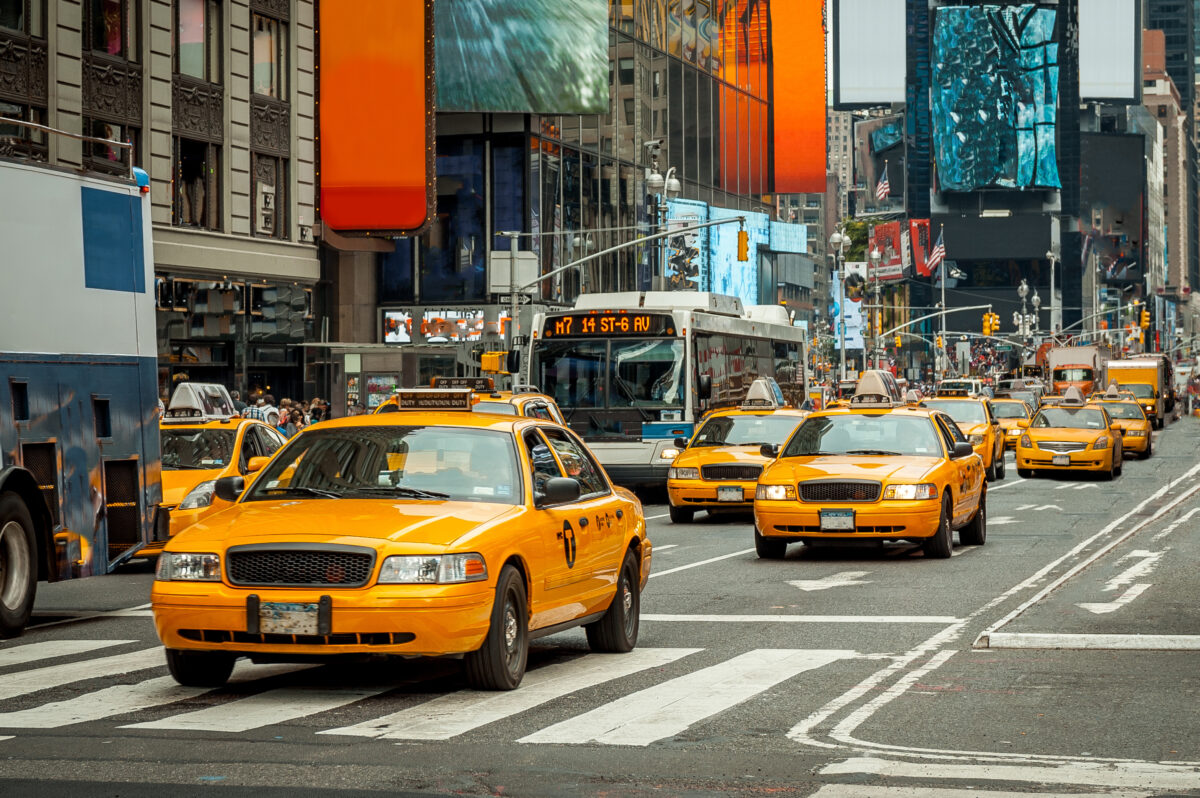 The following article, Scaros: Will My Dingy Gray Big Apple Shine Again?, was first published on Flag And Cross.

Thirty years ago, I graduated from New York Law School, about a seven-minute walk from City Hall, whose inhabitant at the time of my graduation was Mayor David Dinkins.

A few years later, in my capacity as academic dean presiding over the graduation ceremonies at the Interboro Institute, I had the honor of not only meeting Dinkins, who had been out of office for a few years and was the keynote speaker, but also sitting next to him on stage throughout the event. My opinion of him hasn’t changed in all these years: nice guy, ineffective mayor.

In fact, I rate Dinkins the least effective mayor of my hometown since I first started paying attention, back when Dinkins’ predecessor, the overrated Ed Koch, took office. Dinkins was then succeeded by the legendary Rudy Giuliani, followed by the quite capable Michael Bloomberg. Between Giuliani and Bloomberg, the Big Apple enjoyed a blissful renaissance not seen since the days of Fiorello LaGuardia almost a century earlier.

But it was too good to be true: On Nov. 5, 2013, New Yorkers made a colossal mistake by electing Bill de Blasio, and then doubled down on their error by re-electing him four years later.

I warned from the onset that all the good America’s Mayor and Mayor Mike had done wasn’t going to go away in a year or two — even a fifth-grader could have kept things from falling apart for that long — but that sooner rather than later, the big, beautiful, safe city that is arguably the centerpiece of the world would revert to its gray, dingy, dangerous, unwelcoming self, just as it had been during the Dinkins days. This time, it was even worse.

Back then, the city seemed to be one big crack den, with crime rampant largely due to a police force managed by top brass who lacked the laser-beam focus to extinguish it. Oh, what we wouldn’t give for that police department now! You see, the one under de Blasio has been, pardon the pun, handcuffed.

Under a bizarre “supervised release” program, criminals — including dangerous, violent ones, not merely pickpockets and litterbugs — are routinely released into “community supervision” on their own word of honor that they’ll return for a court date.

Police officers are spat on, and thousands march in the streets to defund the NYPD, if not abolish it altogether. It’s no wonder so many have left the force and many still there are downright miserable.

To make matters even worse, New York is, quite shamefully, a “sanctuary city.” That means law enforcement officers are not to share the immigration status of those in custody with federal authorities.

Many don’t realize that policy is clearly unconstitutional. Here’s why:

1) Article VI, Section 2 of the U.S. Constitution, commonly known as the Supremacy Clause, clearly states that if a state (or local) law conflicts with federal law, then the federal law must prevail.

2) Under federal immigration law (which has exclusive authority over immigration throughout the entire U.S.), it is a crime to assist a person in remaining in the U.S. illegally.

Finally, random and often eminently illogical and unscientific policies regarding the pandemic have turned New Yorkers into prisoners in their own town and deterred sensible tourists from wanting to visit. Watching denizens wear masks as chinstraps, tug at them and even pull them down to sneeze would be comical if it wasn’t so tragic.

Heading into 2022, de Blasio’s Big Apple is bleak, unattractive and failing. It has once again become a cesspool of danger and joylessness.

The beacon of hope on the horizon is that on New Year’s Day, New York City gets a new mayor: a fellow by the name of Eric Adams, a retired police captain and exiting Brooklyn borough president.

There’s little doubt he’ll do better than de Blasio, but if he can come even close to doing the job that Giuliani or even Bloomberg did, then the most celebrated city in the world actually has a chance to return to its former glory.