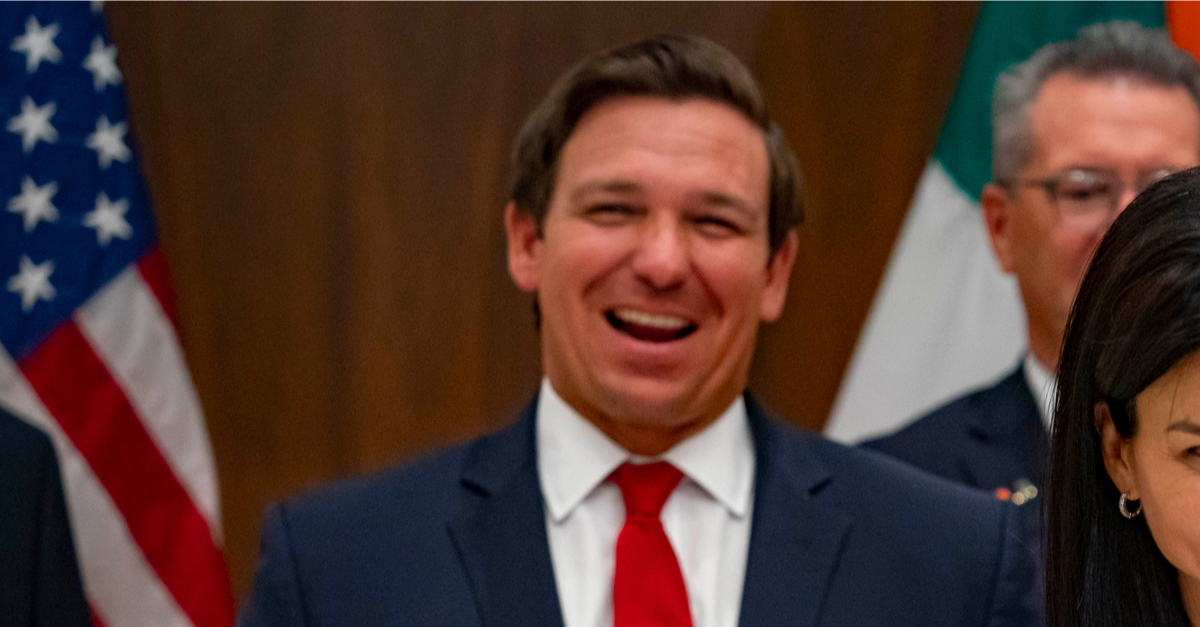 The following article, DeSantis Gets Last Laugh After AOC Spotted Maskless in Miami, was first published on Flag And Cross.

It is becoming rather customary to find that Democrats in America are a bit hypocritical, particularly in regard to the COVID-19 pandemic.  It’s a game of “do as I say, not as I do”, and the latest to get caught on the wrong end of this has been New York Congresswoman Alexandria Ocasio-Cortez.

AOC, (as she has nicknamed herself), was spotted just days ago partying at a Miami drag bar maskless – her second such incident.  Her response was childish and inappropriate, unsurprisingly, with the precocious progressive insisting that the reason for the criticism was that her critics wanted to “date her”.  (Insert the “eye roll” emoji here).

But Florida Governor Ron DeSantis wasn’t about to let Ocasio-Cortez have the last word.

“If I had a dollar for every lockdown politician who decided to escape to Florida over the last two years, I’d be a pretty doggone wealthy man, let me tell you,” DeSantis joked. “I mean, Congress people, mayors, governors, I mean you name it.”

“It’s interesting the reception that some of these folks will get in Florida,” the governor continued, “because I think a lot of Floridians say wait a minute you’re bashing us because we’re not doing your draconian policies, and yet we’re the first place you want to flee to, to basically to be able to enjoy life.”

The Sunshine State lawmaker continued to spill the tea.

DeSantis specifically pointed to governors of states with strict policies who had spent time in the Sunshine State.

“There are probably about a half dozen governors who had restrictions on their people and then were spotted at various points in Florida. Some of it’s been public, some of it‘s not been public, but you know people tell me these things,” he said.

The quick quip was enough to make AOC’s paltry effort pale in comparison.