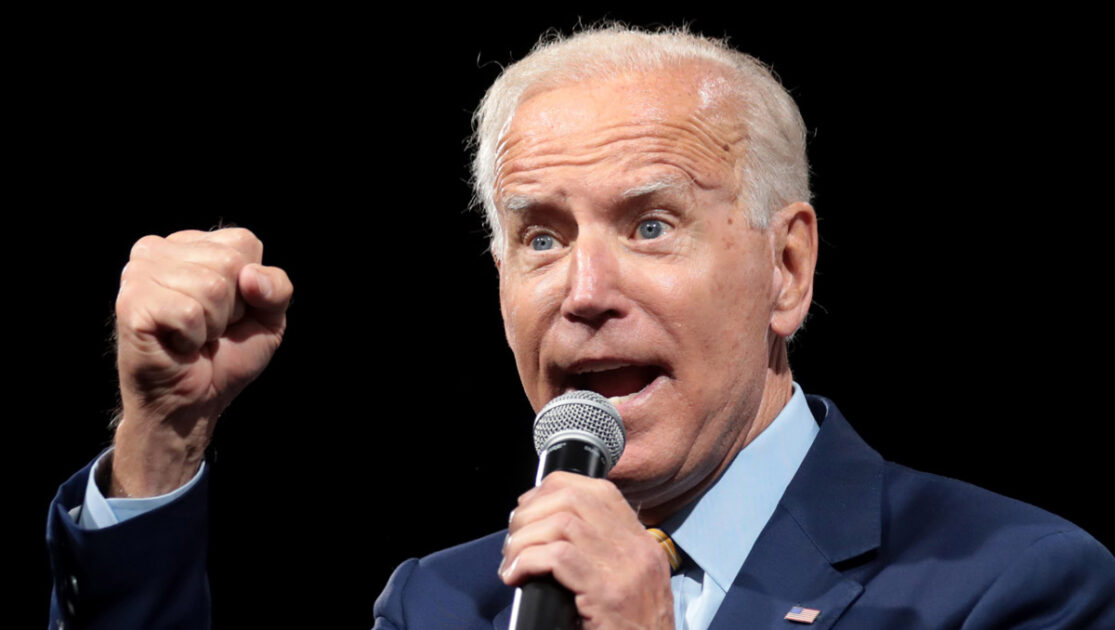 The following article, Biden Surprises Viewers by Giving Major Credit to Trump Administration During Speech, was first published on Flag And Cross.

Operation Warp Speed has finally made the long journey to where no Trump administration program has gone before — into President Joe Biden’s consciousness.

Biden changed up the script Tuesday and for the first time admitted that the Trump administration played a major role in getting the coronavirus vaccine out to Americans.

“Thanks to the prior administration, and our scientific community, America is one of the first countries to get the vaccine,” Biden said in his speech Tuesday.

Biden credits the Trump administration for the development of the vaccine: “Thanks to the prior administration, and our scientific community, America is one of the first countries to get the vaccine.” pic.twitter.com/FDdmtJ9ykg

That’s a far cry from Biden’s tone two months ago when he was rebuked for trying to hog credit for getting the vaccine into the arms of Americans.

“When I first was elected, there were only 2 million people who had COVID shots in the United States of America — and the vaccine. Now we got 190 million, because I went out and bought everything I could do and buy in sight and it worked,” he said at an October CNN town hall event.

“[T]hat’s not how the vaccine rollout in the U.S. happened. Biden is overstating his part,” The Associated Press reported, in fact-checking Biden.

The AP noted that after starting vaccinations in mid-December, about 16 million doses of the vaccine had been given out by the time Biden took office.

Biden also made a rare mention of Trump on Tuesday.

“I got my booster shot as soon as they were available,” Biden said, according to a White House transcript of the speech. “And just the other day, former President Trump announced he had gotten his booster shot. It may be one of the few things he and I agree on.”

But if Biden was willing to offer mild support in speaking of Trump’s attitude toward the vaccine, he was not so accommodating to conservative media figures who have been pushing back against Biden’s vaccine mandates.

“Look, the unvaccinated are responsible for their own choices, but those choices have been fueled by dangerous misinformation on cable TV and social media,” he added, which Deadline took to be “a direct but unspoken hit on Fox News” as well as Tucker Carlson.

Biden said that “companies and personalities are making money by peddling lies and allowing misinformation that can kill their own customers and their own supporters.”

“It’s wrong, it’s immoral and I call on the purveyors of these lies and misinformation to stop it. Stop it now,” he said.

The comments giving Trump credit were notable as a major reversal from Biden’s traditional messaging. In March, Biden had claimed sole credit for vaccinating Americans against the coronavirus in his address to the nation.

Biden said that when came into office, “This country didn’t have nearly enough vaccine supply to vaccinate all or anywhere near all of the American public, but soon we will,” ABC News reported.

In response, The Washington Post noted that “Biden vaccine victories build on Trump team’s work,” while ABC wrote that “Biden leans heavily on Trump’s ‘Warp Speed’ but won’t give credit.”

The Post summed up the vaccine rollout by saying that the facts “undercut the notion that Biden started from scratch on efforts to distribute and administer vaccines, which has been central to his administration’s messaging.”