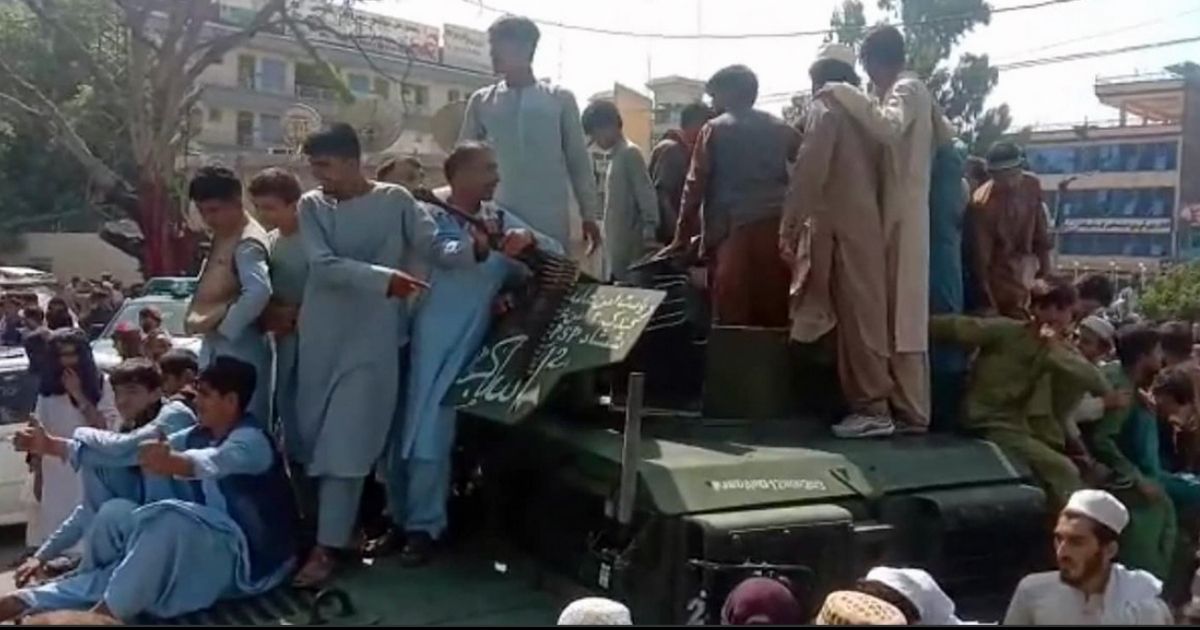 The following article, Taliban Finding New Use for American Equipment Abandoned in Afghanistan, Watchdog Warns, was first published on Flag And Cross.

The Biden administration left behind billions of dollars of American military hardware in Afghanistan within the reach of the Taliban, according to auditors with Open the Books, a government spending watchdog.

The nonprofit found that over the course of the war in Afghanistan, the federal government doled out $89.2 billion to strengthen Afghan security forces, Just The News reported Saturday. The figure reportedly includes money spent on military equipment and training.

“The hasty withdrawal of U.S. military forces in Afghanistan turned the Taliban into a major U.S. arms dealer for the next decade,” CEO and Founder of Open The Books Adam Andrzejewski told the outlet. “The Taliban is going to be selling tickets to their terrorist gun show.”

The Taliban is flaunting up to billions of dollars worth of captured U.S. weapons. Can it use them? https://t.co/18ouQD6b8Q

Around 650,000 weapons, according to Andrzejewski, were left in Afghanistan, Just The News reported.

Furthermore, according to Andrzejewski, the United States had given 110 Black Hawk helicopters, costing $21 million each; 20 A-29 Super Tucano attack aircraft, worth $21.3 million each; and 7 C-208 light attack airplanes, each costing $12.1 million, to the Afghan security forces prior to their collapse at the Taliban’s hands.

The U.S. also invested surveillance and reconnaissance equipment in Afghanistan.

This included six Aerostat surveillance balloons, each costing taxpayers $8.9 million; eight ScanEagle drones, each costing $1.4 million; and more than 16,000 night vision devices costing $80 million in total, according to the nonprofit.

“In November in Afghanistan, the Taliban, on the streets of the capital city of Kabul, held a military parade,” Andrzejewski said, according to WHAM-TV. “In the skies were our aircraft and helicopters, on the streets were our armored vehicles and their soldiers marching in the parade we’re carrying our rifles.”

Should the U.S. go back to Afghanistan if circumstances warrant American intervention, the number of weapons accessible to the Sunni Islamist group’s hands could “take its toll on our military, our human lives and our national treasure,” Andrzejewski claimed.

“The Biden Administration promised a ‘peace dividend’ from leaving Afghanistan. However, the National Defense Authorization Act just increased funding of the U.S. military by $30 billion,” Andrzejewski said, according to Just The News. “There’s no peace dividend, as the world is much more unsafe today because of the botched withdrawal.”

According to the last CENTCOM update on the withdrawal from Afghanistan, the United States had retrograded “984 C-17 loads of material out of Afghanistan and have turned nearly 17,074 pieces of equipment to the Defense Logistics Agency for disposition.”

Afghanistan faces a humanitarian crisis under the rule of the Taliban as the militant group begins to eliminate freedoms people in the country once enjoyed under American occupation.

Two weeks ago, the outfit’s ministry for Islamic guidance banned women from traveling in taxis without their heads fully covered. If a woman should journey beyond 45 miles, a male relative must accompany her, according to the Washington Post.

“The Taliban are reverting to their repressive policies of the past, shattering the myth of a kinder and more moderate Taliban 2.0,” Asia Program at the Wilson Center in Washington Deputy Director Michael Kugelman told the Post. “Even if their leaders carry cellphones and laptops now, they feel emboldened, and they are not about to change the ideology that defined them.”