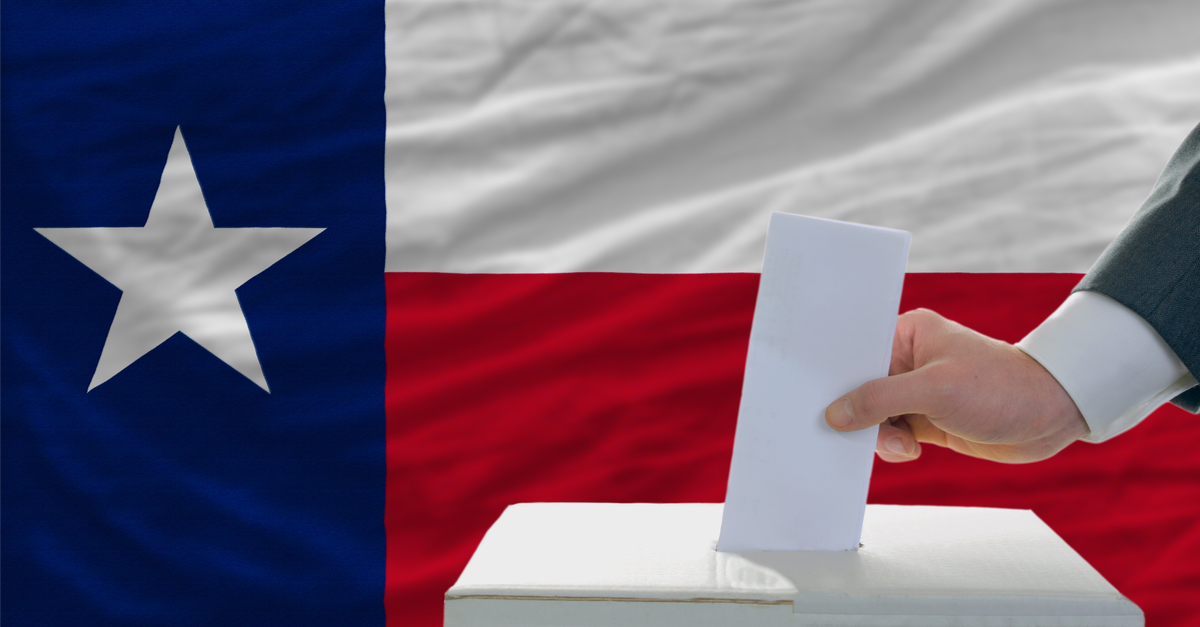 The following article, Report: Audit Finds Over 10,000 Potential Non-Citizens Registered to Vote in Texas, was first published on Flag And Cross.

A new report says that an audit of the Texas voter rolls has found that there could be almost 10,000 non-citizens registered to vote.

The report in the Epoch Times said that the number was gleaned from a release of an audit of the 2020 election performed by the office of the Texas Secretary of State.

The four counties represent about a third of the state’s population.

The Epoch Times report stressed that the audit showed nothing that would have altered the results in elections in any of the four counties audited.

Sam Taylor, assistant secretary of state for communications, told the publication the bottom line was that no major problems were found with the 2020 election.

“Generally speaking, nothing was found on such a large scale that could have altered any election,” he said.

However, the audit did find that statewide 11,737 potential non-citizens were on the rolls at the time it was conducted, the Epoch Times reported. That does not mean those individuals had actually voted — only that they were registered.

“Beginning in September of 2021, the SOS implemented a comparative process utilizing DPS citizenship data pursuant to a 2019 settlement agreement. Since that time, 11,737 possible non-U.S. citizen voter records have been sent to county registrars for review statewide. Of the 11,737 records, 278 voting records have been cancelled due to confirmation of non-U.S. citizenship by the county. Additionally, 2,049 voter records have been cancelled for failure to respond to a notice from the county voter registrar requesting documentation of proof of citizenship. Overall, 2,327 voting records have been removed from the active statewide voter registration list as a result of this agreed-upon process, which has now been codified into state law.”

According to the audit, of these potential non-citizens, 327 were in Collin County, 708 in Tarrant County, 1,385 in Dallas County and 3,063 in Harris County, home to Houston, the most populous city in Texas.

Dallas County has since canceled 1,193 enrollment records, the report said, while Tarrant County canceled one. Harris and Collins counties had no cancellations, according to the audit.

The status of the other registrations was unclear. Those on the rolls identified as potential non-U.S. citizens would have until May 25, 2022, “to respond to a notice of examination before their voter registration is cancelled,” the audit state.

Despite the vast potential for fraud, the audit said only 67 votes known to be cast in the names of those who have died are being investigated.

Republican state Rep. Steve Toth said in his mind, the secretary of state’s audit was a risk-limiting audit that did not go deeply enough, according to The Epoch Times.

“We know that fraud has been taking place in Texas,” Toth told the publication. “We need a forensic audit.”

Republican state Sen. Paul Bettencourt said the secretary of state’s audit can accomplish work that needs to be done if it delves into the irregularities that were discovered.

The audit report stated that in three of the four counties, there were differences between the ballot totals when counted by hand as opposed to electronic totals.

“My observation over time is that fraud is used against Democrats in their primaries and against the Republicans in the general election,” Bettencourt told The Epoch Times, citing the numbers of potential non-citizens in Harris County.

Taylor said the next stage of the audit will focus on issues such as an alleged 1,800-vote discrepancy in drive-thru voting in the Houston area.

Leah Shah, communications director for Harris County Elections, said the county is strict on its efforts to prevent fraud.

“We have heard that number, but we have no idea where that number came from,” she said.