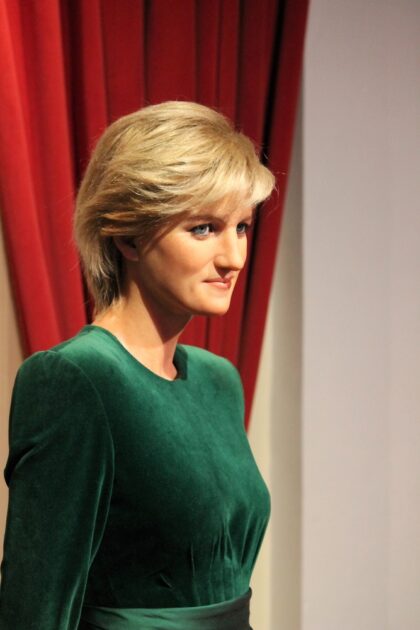 When Diana, Princess of Wales, died, many people around the world grieved. The televised funeral was seen by around 2.5 billion people, and the performance by Elton John has taken its place in history.

But Elton John’s performance was very nearly excluded from the funeral — a fact that has recently come to light after a series of old documents have been released and opened to the public.

Initially, the royal family didn’t want John to perform at the funeral, but the Dean of Westminster, Dr. Wesley Carr, made a personal plea for his inclusion.

Not only was John a well-known musician, but he was also a good friend of Diana’s, and the opportunity to include him in the official lineup was important to Carr.

Addressing a senior member of the family, Carr made his case.

“This is a crucial point in the service and we would urge boldness,” Carr wrote in one of the documents released by the National Archives, according to Reuters.

“It is where the unexpected happens and something of the modern world that the princess represented.”

“I respectfully suggest that anything classical or choral (even a popular classic such as something by [composer Andrew] Lloyd Webber) is inappropriate. Better would be the enclosed song by Elton John (known to millions and his music was enjoyed by the princess), which would be powerful.”

While “Your Song” was considered at first, Carr continued to explain that one song in particular, “Candle in the Wind,” would be suitable. The song, originally written to Marilyn Monroe and containing the line “Goodbye Norma Jean,” had been slightly rewritten to include “Goodbye England’s Rose.”

“He has written new words to a tune which is being widely played and sung throughout the nation in memoriam of Diana,” Carr continued, according to “Today.”

“It is all the time on the radio. Its use here would be imaginative and generous to the millions who are feeling personally bereaved: it is popular culture at its best.”

The family reportedly balked at first, claiming that the words were “too sentimental,” so Carr countered by suggesting they simply be omitted from the order of service.

There is no recorded response to Carr’s letter, but as billions of people saw, Elton John did end up performing the song.

Years later, John said he’d been so anxious to get the words just right that he’d had a teleprompter put next to the piano.

John and Diana initially met in 1981 at a party, according to Town and Country, and the two “immediately clicked.” John being able to perform at the funeral was a fitting ode to their friendship, and it was all possible thanks to Carr.