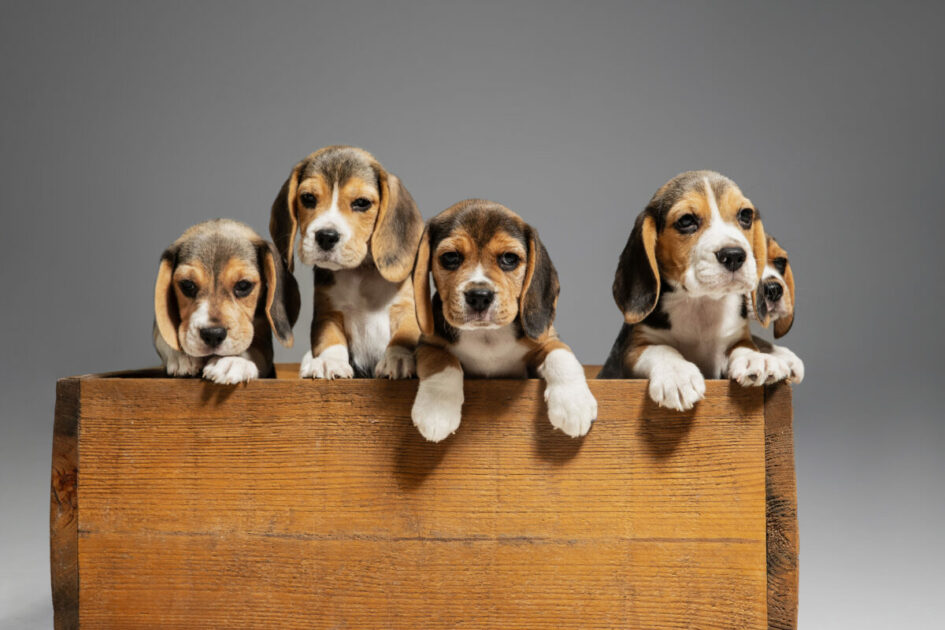 The National Institutes of Health is alleged to have engaged in a $1.2 million contract to purchase approximately 5,000 beagle dogs and puppies over the past decade for use in brutal and unnecessary lab experiments, according to Fox News’ Will Cain, who hosted the Tuesday night edition of “Tucker Carlson Tonight.”

This was discovered during an investigation into Indianapolis-based firm Envigo. The Washington Post reports this company “breeds dogs and sells them as research animals to the pharmaceutical and biotechnology industries.”

Her shocking story of animal cruelty was difficult to hear.

“They [the NIH] have been cited … for direct and critical violations,” she told Cain. “For failure to provide basic necessities of life to these nursing mother dogs and their puppies, keeping animals in temperatures as high as 92 degrees without air conditioning, plunging needles into the heads of puppies to drain hematomas … and so much more.”

These dogs are being raised for these “cruel experiments” that she claims “are useless.”

Nachminovitch also said the NIH spends about “$19.6 billion a year on animal experimentation.”

Fox reported that “during a PETA investigator’s visit, more than 360 dogs were allegedly found dead.”

Perhaps the most egregious aspect of this story is the reason the NIH chose to use beagles for these experiments. Nachminovitch explained it was because “beagles are small and docile. They’re such gentle, loyal dogs, and unfortunately they are so submissive that they’re easy to torture without posing a public safety risk to their abusers.”

This is not the first time we’ve heard of the National Institute of Allergy and Infectious Diseases’ involvement in cruel medical experiments on beagles.

In October, the White Coat Waste Project, a nonprofit group, revealed NIAID’s despicable experiments on dogs. WCWP reported: “Our investigators show that [Dr. Anthony] Fauci’s NIH division shipped part of a $375,800 grant to a lab in Tunisia to drug beagles and lock their heads in mesh cages filled with hungry sand flies so that the insects could eat them alive.”

Upon hearing this story, a group of lawmakers sent a letter demanding answers from Fauci. It’s unknown if Fauci responded to their missive.

Dr. Fauci’s NIH funded $1.7m to debark, drug and then kill and dissect beagle puppies. I led a letter on Friday demanding answers from Fauci. It’s disgusting, cruel and our dollars shouldn’t pay for it.

PETA publicly called for the NIAID director to resign in a Nov. 5 tweet.

PETA calls for Dr. Fauci to resign: ‘Our position is clear’https://t.co/nj0gYXsngV

Justin Goodman is the vice president of advocacy and public policy for the White Coat Waste Project.

Goodman spoke to The Epoch Times in November and said that WCWP had received a document in October via a Freedom of Information Act request that showed NIAID had spent $13.5 million on “excruciating experiments” on rhesus monkeys. (NIAID is a division of NIH, which is an agency of the U.S. Department of Health and Human Services.)

The experiments “involve injecting the monkeys with various infectious diseases, such as Ebola and the Lassa virus that results in hemorrhaging, pain, brain damage, loss of motor control, and organ failure,” according to the article in the Times.

Fauci allegedly lied about NIAID’s funding of the Wuhan Institute of Virology, a position that has put him in frequent conflict with Kentucky Sen. Rand Paul, a Republican and a physician. He has supported devastating and nonsensical coronavirus measures. And now we find that his agency has carried out cruel and unnecessary experiments on beagles and monkeys on the taxpayers’ dime.

In a discussion about the Biden administration’s response to the new omicron variant of the coronavirus, Logan said, “This is what people say to me: that [Anthony] Fauci doesn’t represent science to them. He represents Josef Mengele. Dr. Josef Mengele, the Nazi doctor who did experiments on Jews during the Second World War and in the concentration camps.

“And I am talking about people all across the world are saying this, because the response from COVID, what it has done to countries everywhere, what it has done to civil liberties, the suicide rates, the poverty, it has obliterated economies,” she said. “The level of suffering that has been created because of this disease is now being seen in the cold light of day.”

Fox host Lara Logan says that people tell her that Dr. Fauci doesn’t represent science, but represents Josef Mengele, the Nazi doctor known as the “Angel of Death” for performing medical experiments at Auschwitz: “I am talking about people all across the world are saying this” pic.twitter.com/fF2DAWfG7d

Fauci is a government bureaucrat whom the pandemic has thrust into the spotlight. He has grown intoxicated by his own power.