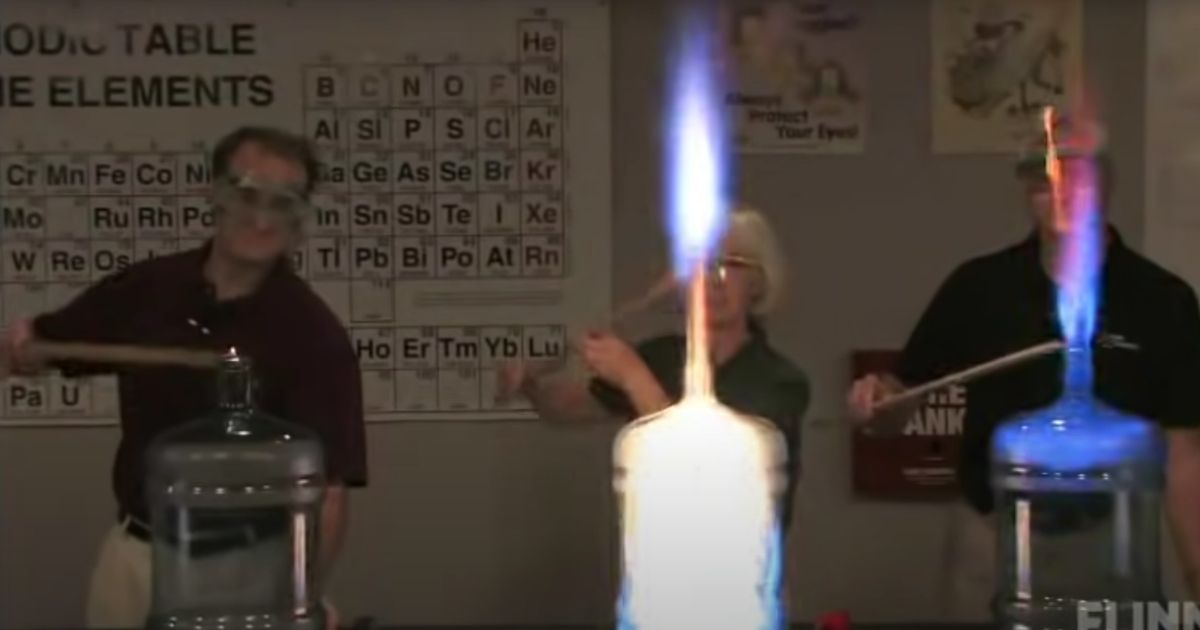 You can find videos for all sorts of things online, but not all of them are suitable for children. Even if the content itself is not morally reprehensible, there are plenty of ways kids can get into trouble trying to mimic what they see.

One unnamed child from Connecticut recently suffered severe burns after attempting a popular science experiment they’d seen on TikTok. The “whoosh bottle experiment” is an interesting and generally safe experiment — when performed properly and under adult supervision.

The East Haven Police Department posted about the incident on Facebook, urging parents to keep a close eye on their own kids to prevent this sort of calamity from happening.

“Last night December 28, 2021 the East Haven Fire Department responded at around 8:30 PM to a call for burns and during the course of treating the injured party learned that the child had been burned while imitating a TikTok experiment causing severe burns,” the post read.

“The child … is now being treated at the Bridgeport Hospital Burn Center after being transferred from Yale Children’s Hospital.”

The experiment, which demonstrates the combustion of flammable vapors (generally isopropyl alcohol) inside a five-gallon plastic or glass jug, has major crowd appeal, which is probably why the child was drawn to it.

“This could easily have led to a fatality as well as a major fire in the house,” Fire Chief Matt Marcarelli added. “Alcohol is a volatile flammable liquid and can act as an accelerant.”

Some people are pointing the finger at TikTok.

“We understand that this school science experiment can be done safely with proper precautions, but videos without visible safety measures will be removed from our platform,” a spokesperson for TikTok told “People.”

“We also work to add caution labels to videos performed in a controlled setting, though they are ineligible for recommendation into people’s For You feeds.”

Videos for this kind of experiment are readily available across multiple platforms, and authorities have urged parents to do their part and remain aware of what their kids are up to.

“Take a few minutes to talk to your children about the dangers of playing with ignitable liquids and matches and monitor what they are watching,” East Haven Fire Marshal Charles Miller told “People.”

“This experiment when done incorrectly can cause severe burns that can permanently scar an individual.”

East Haven Fire Department will also be visiting local schools to remind them of the danger of playing with fire and flammable products.

“Fire Marshal Charles Miller investigated [the] incident and will be reaching out to the East Haven Public Schools to make sure that kids are aware of the potential dangers associated with fire and this latest social media danger,” the post concluded.