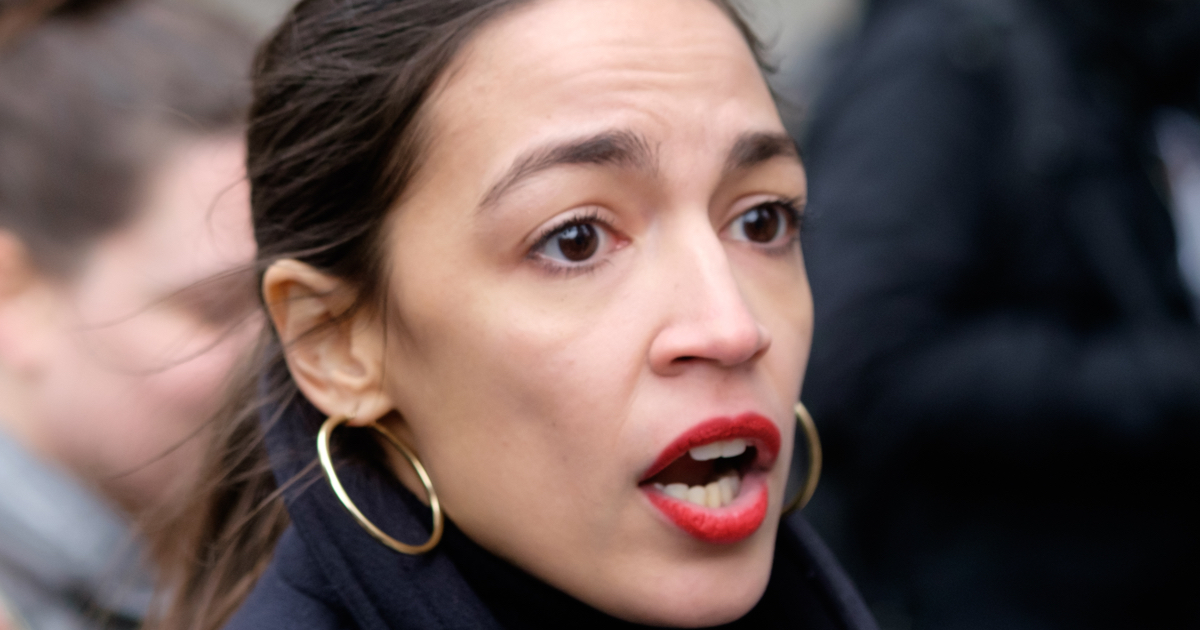 The following article, AOC Gets Reamed by Florida Press Over Repeated Maskless Outings, was first published on Flag And Cross.

Do as I say, not as I do.  This appears to be the motto of the Democratic Party of late, as their hypocrisy continues to make headlines around the nation.

The latest comes to us from Florida, where New York Congresswoman Alexandria Ocasio-Cortez appears to have been, once again, caught without her mask on.

The far-left lawmaker (D-NY) was spotted maskless once again in Florida, this time at a packed drag bar in Miami — as the Big Apple continued to be hammered by record-high numbers of COVID-19 cases and faces an indoor mask mandate for one more month.

In video posted by a reporter for the Sunshine State’s Conservative Voice on Sunday, the Democratic darling is seen waving to the large crowd of mostly unmasked drag bar-goers.

At least one local reporter was ready to shine a light on AOC’s undeniable hypocrisy.

“AOC is STILL lounging it up in Florida, in large crowds and maskless,” tweeted Brendon Leslie, the reporter who initially posted the video to social media. “This time at a Drag Queen bar in Miami. Rules for thee but not for me.”

“For those of you with zero sense of humor: the whole point of this post is to expose hypocrisy,” Leslie said in another tweet.

“We don’t actually care she’s maskless. We care she fear mongers about Florida but then has the audacity to vacation here,” he added.

Democrats have been spotted maskless time and again over the course of the pandemic, calling into question just where their true thoughts lie regarding the pandemic and its dangers.