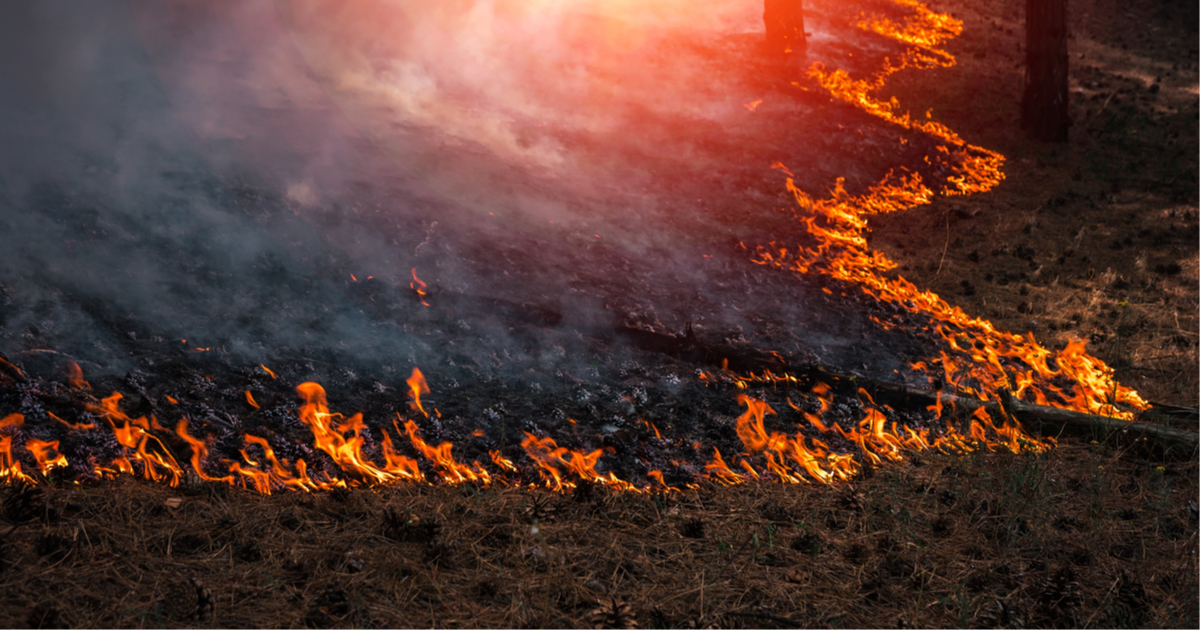 The following article, 100+ MPH Winds Drive Wildfire to Create Apocalyptic Scene in Colorado, was first published on Flag And Cross.

An apocalypse of fire rained down on Colorado on Thursday, scarring the land and all who witnessed the devastation.

The fire was followed by snow, leaving those whose homes were destroyed and the many without power shivering.

“The structures where these folks would be are completely destroyed and covered in about eight inches of snow,” Pelle said Saturday.

Apocalyptic views of the #MarshallFire in Louisville, Colorado. Mind boggling what has happened today. #COwx pic.twitter.com/D4RRdhMXGU

The fire broke out on Thursday and was fueled by high winds clocking in at 115 mph in nearby Arvada and 110 mph in Rocky Flats, KDVR-TV reported. The local outlet noted that Category 2 hurricanes top out at 110 mph.

Dry conditions created an ideal situation for the fires to spread.

Gov. Jared Polis said the flames spread “down a football field in a matter of seconds,” according to CNN.

My heart hurts man. What more do we have to go through in one calendar year.

Our neighborhood right before it burned to the ground pic.twitter.com/eZzspagZdQ

Louisville resident Judy Delaware told CNN she and her family left their home with their dogs and a few items they could carry. Their home is now a “pile of rubble.”

“It just felt like a punch to the stomach,” she said. “Everything you own is just gone. Gone.”

Prescott Delaware, Judy’s son, said when they fled, the fire was 600 yards away. Tayler Sustello, his partner, had one vivid recollection.

“The sound of the wind — it honestly just sounded like a hurricane of smoke and fire,” she told CNN.

“Just seeing the home that you love and you are so proud of just going up in smoke is just horrible. It’s horrible,” Judy’s daughter Elise said, according to CNN.

Another area resident, identified as Hunt Frye, said the evacuation was “apocalyptic-feeling.”

Camera outside my home off S.Boulder Rd just West of Davidson Mesa. I don’t know if my home is still there.#boulderfire pic.twitter.com/G2zYfADtBz

“People were running from their houses with their pet cats and, you know, everybody was very panic-stricken,” he told CNN. “The thing that really struck me was the fear in the police officers’ [faces] who were trying to kind of get traffic going. They were legitimately scared.”

Heavy snow is now falling in Boulder County, helping knock down the fires that remain.

Still, flames are visible beneath the snow, as many learn the fate of their homes. (Louisville) pic.twitter.com/La0lAwy50R

The cause of the fires has not been determined.

Although initial reports suggested downed power lines sparked the blaze, that theory is now being questioned, according to KDVR-TV. The Boulder Office of Emergency Management said Friday that no lines were down in the area where the fire started.