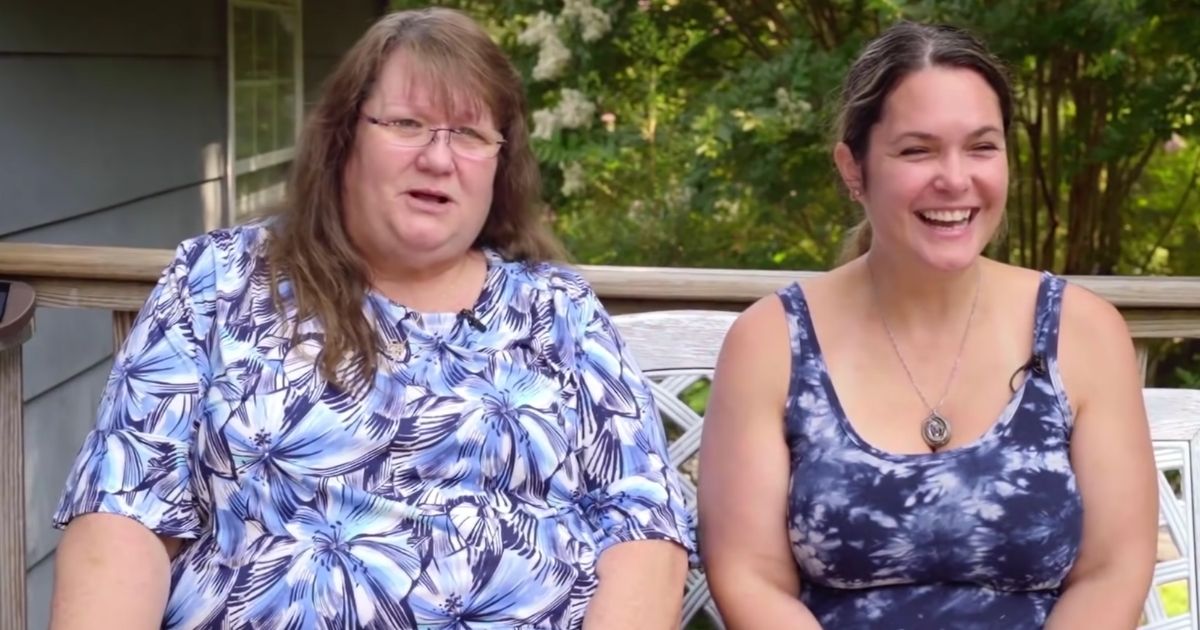 The following article, Watch: Mom Reunites with Daughter 40 Years After Disappearance, was first published on Flag And Cross.

Nancy Womac waited four decades to meet her daughter. Not a day went by during those years that she didn’t think of the child who had been taken from her.

When she was a girl, her grandparents raised Womac and her siblings until they were no longer able to. At that point, Womac went to an orphanage in Dalton, Georgia.

At 16, she found out she was pregnant with the child of the young man she’d fallen in love with. The orphanage sent her to a home for unwed mothers called Bethesda Home for Girls located in Hattiesburg, Mississippi.

Womac desperately wanted to keep her baby but had very little power to do anything about it. She and other young women from Bethesda have since come forward with allegations of physical abuse. The home closed in 1987.

Two weeks before her due date, Womac was flown to East Ridge, Tennessee. In June 1979 she gave birth to a baby girl, but never even got to see her.

“I remember going into labor, and they just give me a shot and put me out,” she said, according to “Today.”

In the following years, Womac tried to find her daughter, but the baby had been adopted through a closed adoption and the parents were missionaries in South Africa and Indonesia.

Still, Womac dreamed of the day she’d meet her stolen daughter. She kept mental track of all the milestones she’d be hitting and even made a cake every year on her birthday.

Meanwhile, Melanie Spencer grew up knowing she’d been adopted. At one point, when the adoption records were opened up, she thought about trying to track down her birth mother, but thought better of it.

She thought perhaps her mother had moved on or wasn’t interested in reconnecting, so she let it go.

But after having two of her own children, Spencer realized she didn’t have much to tell her kids about their background, because she didn’t know much. So she decided to take a DNA test.

“I really started thinking about what will I tell them about where they’re from,” she said. “I decided to do Ancestry. The most interesting part was that it came up with a DNA match. It had been almost 40 years, and I thought, ‘Why not?'”

The match was with Womac’s sister, Cheryl Blackwell — but Blackwell didn’t see Spencer’s message for a whole year. Eventually, Spencer and Womac were able to connect on Facebook and start building a bond.

Then came the moment 40 years in the making, as Spencer drove to meet her mother and siblings for the first time.

“The drive down, … I was kind of anxious,” Spencer told People magazine. “And then I got out of the car and there she was.

“Forty-two years of questions — it almost feels like there wasn’t any missing time. It feels like coming home.”

Mother and daughter did a lot of catching up, and still have a lot ahead of them, but the initial wound has started to heal.

“She’s just what I thought she would be,” Womac said through tears. “She’s beautiful. She’s smart.”