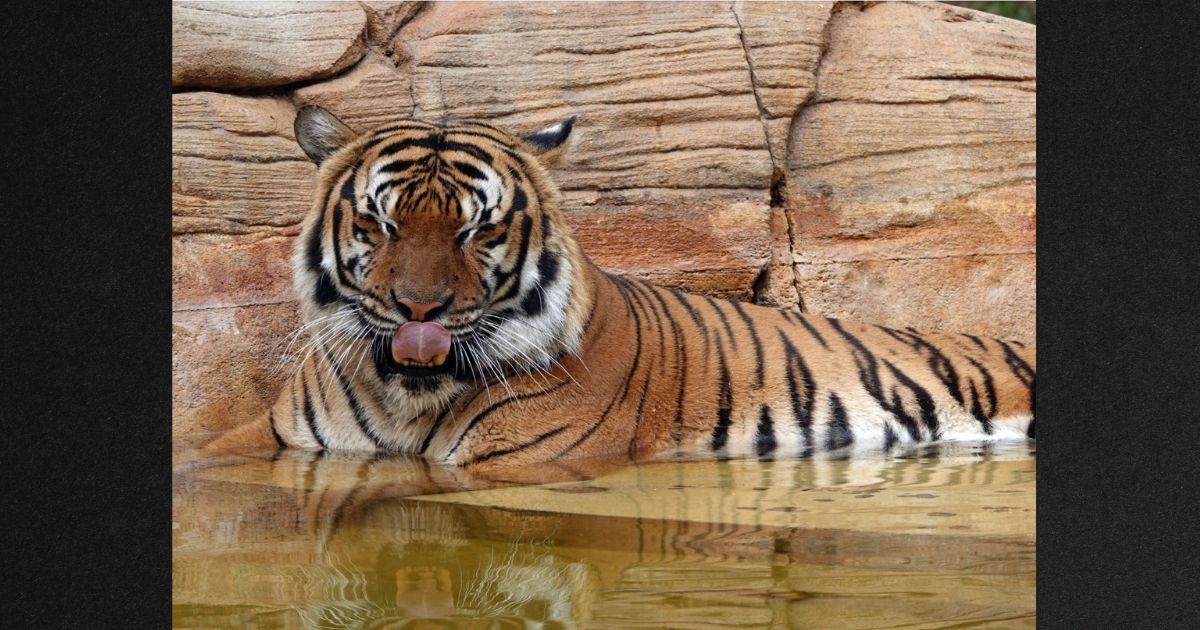 The following article, Tiger’s Fate Decided After Attacking Cleaning Worker at Florida Zoo, was first published on Flag And Cross.

Some of the most common attractions at the zoo are the large, dangerous, exotic animals. They’re unusual and the power they represent is alluring to many people.

So alluring, that some will make very poor choices for the rare opportunity to get up close and personal.

In a horrible tragedy that took place Wednesday night at the Naples Zoo in Florida, a tiger was shot and killed when a maintenance worker wandered into an unauthorized area and attempted to make contact with the large cat.

River Rosenquist, 26, had been hired through a third-party contractor to clean the gift shop and restrooms. On Wednesday night after hours, he decided to take a stroll, hop a fence and put his arm into the cage with Eko, the 8-year-old Malayan tiger — a critically endangered species, according to WBBH-TV.

What happened next is what anyone could guess.

“Rosenquist, who had already breached an initial barrier, put his hand through the enclosure fence and the tiger grabbed it and pulled his arm into the enclosure,” the Collier County Sheriff’s Office posted on Facebook. “A CCSO deputy responded to the scene.”

The video, which the sheriff’s office has shared, is grisly and disturbing and will not be shown here. By the time authorities arrived at around 6:30 p.m., Rosenquist’s arm was basically shredded. The tiger clamped down tight on his hand, trying to pull him into the enclosure.

The wire on the tiger’s cage was wide enough for an arm to fit through, but not wide enough to pull someone in, and the scene was quite bloody.

It was clear the tiger wasn’t interested in releasing the man’s arm. The deputy kicking at the wire near the tiger didn’t faze it at all, so he shot the tiger, which ran to the back of the enclosure and died.

“Our deputy did everything he could do in that situation and he ultimately made the only possible decision he could in order to save this man’s life,” Collier County Sheriff Kevin Rambosk said.

“This was a tragic encounter at our world-class zoo facility. We value our community partnership with the Naples Zoo and their focus on conservation and education.”

Rosenquist was whisked away for medical treatment. The case is still being investigated to determine whether he will be facing criminal charges.

Plenty of viewers and fans of the zoo are up in arms over the maintenance worker’s actions and are calling for justice.

Many are also asking why the tiger was not tranquilized instead of being shot. The officer did ask if staff had a tranquilizer. The problem is, it often takes time for a veterinarian to prepare the correct dosage for a particular animal, and then it could take 15-20 minutes to work — time that Rosenquist did not have.

It’s a sad story all the way around, and a situation that never should have happened. The zoo closed the following day, but has backed the CCSO and the deputy’s decision to shoot the tiger, given the horrible circumstances.

“The end of the day, if a person’s in imminent danger, they have to take that action,” spokesperson Courtney Jolly with the Naples Zoo said. “We support CCSO, and — and the officer unfortunately had to do his job.”

The cop should have shot the perps arm off.