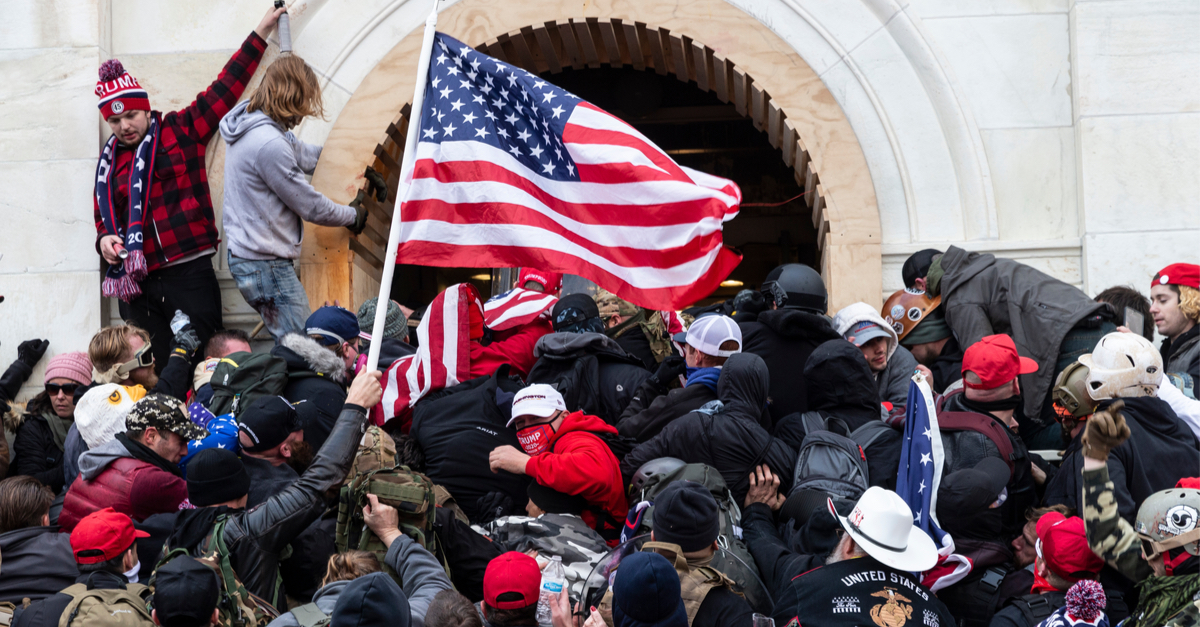 The following article, Polling Shows How Many Americans Believe Violence Against Gov’t is Justified, was first published on Flag And Cross.

Thanks in large part to the bloodthirsty menace that the mainstream media has become, Americans are growing all the more agitated by the day, with a great deal of this wrath being pointed directly at our federal government.

The infotainment industry has found a very clever way of selling more advertising on their channels, by perpetuating the false dichotomy of a polar political system.  They’ve distilled us all down into Team R and Team D, and they market to each group individually.  On Fox News, Ford will run commercials for its trucks, while over on CNN it’ll be an ad for their electric SUV.

And while this may make advertising and marketing a much simpler prospect, it means that these networks need to lean into the stereotypes that these advertisers are aiming for.  This creates ever-large divides between the two sides, and pits Americans against one another for the sake of corporate interests the nation over.

Left unchecked, this sort of greedy division can even lead to violence, as a new poll shows just how ready some Americans are for such an escalation.

A third of Americans say violence against the government is sometimes “justified,” a shocking new poll revealed on Saturday.

The percentage of people with that view compared to previous years increased significantly, according to the poll published by The Washington Post-University of Maryland survey.

The results, which come almost a year after a violent mob of former President Donald Trump supporters stormed the US Capitol, found that 40 percent of Republicans agreed it could sometimes be “justified for citizens to take violent action against the government.” Twenty-three percent of Democrats and 41 percent of Independents also endorsed situational violence.

Of those who agree that rising up in arms against the government could be acceptable, 22 percent said it would be justified for invasions of personal liberties, while 15 percent pointed to a military takeover or democratic collapse. Three percent said violence was appropriate if the government did not accept election results.

This is a stark uptick as well:  In 2015, merely 7 years ago, the percentage of Americans ready to take up arms against their government sat around 23%.

Continue reading: Polling Shows How Many Americans Believe Violence Against Gov’t is Justified ...