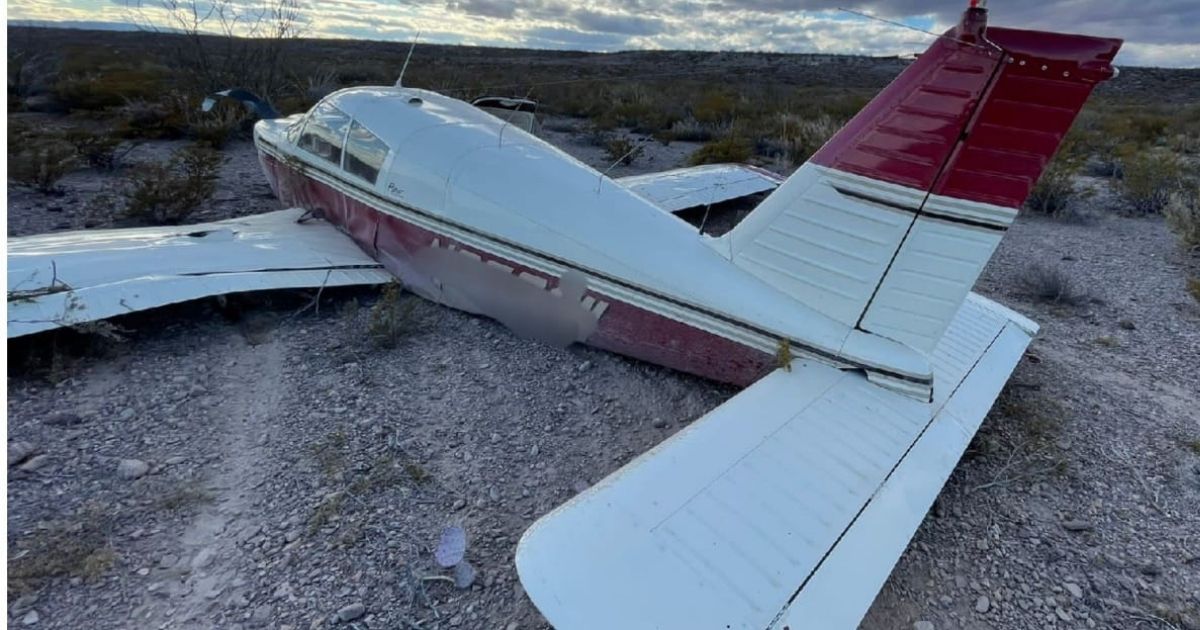 The following article, Plane Smuggling Illegal Immigrants Crashes Just Over US Border, was first published on Flag And Cross.

A group of illegal immigrants trying to leave a Texas border town by air ended up crash landing instead.

On Thursday, a small plane went down north of the Presidio International Airport, the Presidio County Sheriff’s Office said in a Facebook post.

When deputies arrived, they found that they were dealing with a “smuggling attempt gone wrong.”

Deputies said the plane was bound out of Presidio with illegal aliens on board.

Investigators believe that packing six passengers into a four-seat aircraft was a contributing cause of the crash.

The plane was also low on fuel when it went down, they said.

Some of the illegal immigrants were injured in the crash and taken to El Paso hospitals. Others were detained by Border Patrol.

Authorities are seeking the pilot, who fled the scene.

Charges are expected to be filed in relation to the smuggling attempt, deputies said.

Presidio has a population of 4,000 and is the location of a legal port of entry, according to Newsweek.

In November, Border Patrol agents reported 173,620 encounters at the southern border, an increase of 140 percent over November 2020, according to Fox News.

In fiscal year 2021, which ran from October 2020 through September 2021, there were 1,409 encounters with illegal immigrants from Turkey, up from 109 in the previous fiscal year.

Since October, there have been 957 encounters with Turkish illegal immigrants.