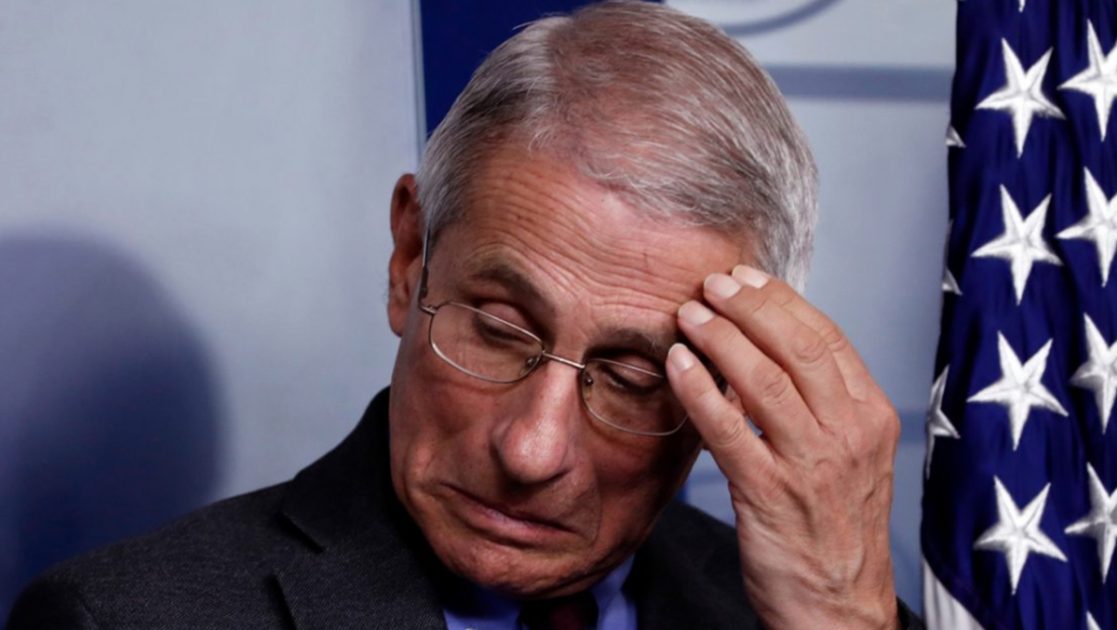 The following article, Merry Christmas, Fauci! Amazon’s #1 Nonfiction Book Is Brutal Exposé of Most Dangerous Doctor in America, was first published on Flag And Cross.

It appears that there were a lot of copies of the anti-Dr. Anthony Fauci opus “The Real Dr. Anthony Fauci” by Robert F. Kennedy, Jr. under Christmas trees across America this holiday season, no doubt much to the chagrin of the darling of the pandemic narrative himself as well as Amazon’s notably progressive founder Jeff Bezos.

The book was not only on Amazon’s nonfiction bestseller list for the week of Christmas, which began on Dec. 19, but was the number one book on Amazon’s top sellers.

Fauci, of course, is the senior White House health adviser who has been directing the federal government’s pandemic response since spring of 2020.

But as he has been elevated to near-sainthood by the supporters of masking mandates, vaccine mandates and ongoing lockdowns, skepticism has been growing among those who are less enthused by his flip-flopping and rather questionable history with gain-of-function research and connections to the Wuhan lab that was researching coronaviruses when the virus first broke out in the Chinese city.

Among these has most certainly been Kennedy, Jr., a longtime anti-vaccine activist who has found himself on the wrong end of cancel culture despite his Democratic bona fides and membership to one of America’s most noteworthy political dynasties as he takes on the worldwide efforts to mass-vaccinate the population.

The book, “The Real Anthony Fauci: Bill Gates, Big Pharma, and the Global War on Democracy and Public Health,” confronts the depiction of Fauci as a “hero” by the “pharma-funded mainstream media,” which Kennedy argues he is “anything but,” according to the publisher’s description.

“As director of the National Institute of Allergy and Infectious Diseases (NIAID), Dr. Anthony Fauci dispenses $6.1 billion in annual taxpayer-provided funding for scientific research, allowing him to dictate the subject, content, and outcome of scientific health research across the globe,” it reads.

“Fauci uses the financial clout at his disposal to wield extraordinary influence over hospitals, universities, journals, and thousands of influential doctors and scientists — whose careers and institutions he has the power to ruin, advance, or reward.”

The author’s findings will “alarm every American — Democrat or Republican — who cares about democracy, our Constitution, and the future of our children’s health.”

Kennedy Jr. examines Fauci’s history during the AIDS crisis, during which he says the up-and-coming public health doctor partnered with the pharmaceutical industry “to sabotage safe and effective off-patent therapeutic treatments” for the then-novel virus.

“Fauci orchestrated fraudulent studies, and then pressured US Food and Drug Administration (FDA) regulators into approving a deadly chemotherapy treatment he had good reason to know was worthless against AIDS,” the book description explains.

“Fauci repeatedly violated federal laws to allow his Pharma partners to use impoverished and dark-skinned children as lab rats in deadly experiments with toxic AIDS and cancer chemotherapies.”

“The Real Anthony Fauci details how Fauci, Gates, and their cohorts use their control of media outlets, scientific journals, key government and quasi-governmental agencies, global intelligence agencies, and influential scientists and physicians to flood the public with fearful propaganda about COVID-19 virulence and pathogenesis, and to muzzle debate and ruthlessly censor dissent,” the book description concludes.

Now, to the O.G. vaccine skeptics out there who have been following Kennedy Jr. since long before the pandemic, none of these allegations are surprising.

What is surprising, however, is that this is the description of a book that is ranked number one on Amazon and not a fringe blog that has established itself with sensationalistic headlines enjoyed by small factions of crunchy social media users.

Regardless of what you think about Kennedy Jr. and the claims he has been making about crooked global health cabals or the dangers of widespread vaccination, you’ve got to marvel that skepticism of Fauci’s earnestness as a public health leader has gotten so pronounced that his book is this popular.

The truth is, Kennedy Jr. is hardly the first high-profile critic of Dr. Fauci.

While the media continues to prop him up as the prophet of COVID, he’s been confronted on his dubious career ties and alleged lies to Congress about his past by Republican Sen. Rand Paul of Kentucky on more than one occasion, and his emails from the early days of the pandemic released earlier this year certainly didn’t assuage concerns that he might be shadier than he is saintly.

The truth is, this book isn’t exactly coming out of left field.

It digs into claims that have been made about Dr. Fauci for some time and, whether true or not, enough of a picture of his untrustworthiness has been painted over the last nearly two years that conspiratorial allegations have managed to cut through all the glowing media coverage of his career and activities during the pandemic to propel this book to success.

And truth be told, this is a good thing.

What makes Dr. Anthony Fauci the most dangerous doctor in America is not necessarily his nefarious past (although this most certainly should be examined thoroughly and honestly), but that he is treated like such an infallible authority by the media — and apparently seems to believe he is infallible himself.

It wasn’t that long ago that he indignantly declared that if the skeptical plebs question him, they’re really just attacking science, because, apparently, he is the science.

This is scary stuff.

What Fauci spouts is not science — it’s indoctrination, since science can always be questioned and tested.

The role he has played in this pandemic has been that of a modern-day oracle, not a scientist who is subject to scrutiny.

For this reason, he absolutely must be questioned and criticized. And the fact that a book that casts a very harsh light on the authority we’re not supposed to question strongly signals that the American people are no longer buying his lies.

I don’t know about you, but I think that bodes pretty well for the future of independent scientific thought in America. Or, at the very least, it doesn’t bode very well for Dr. Anthony Fauci.