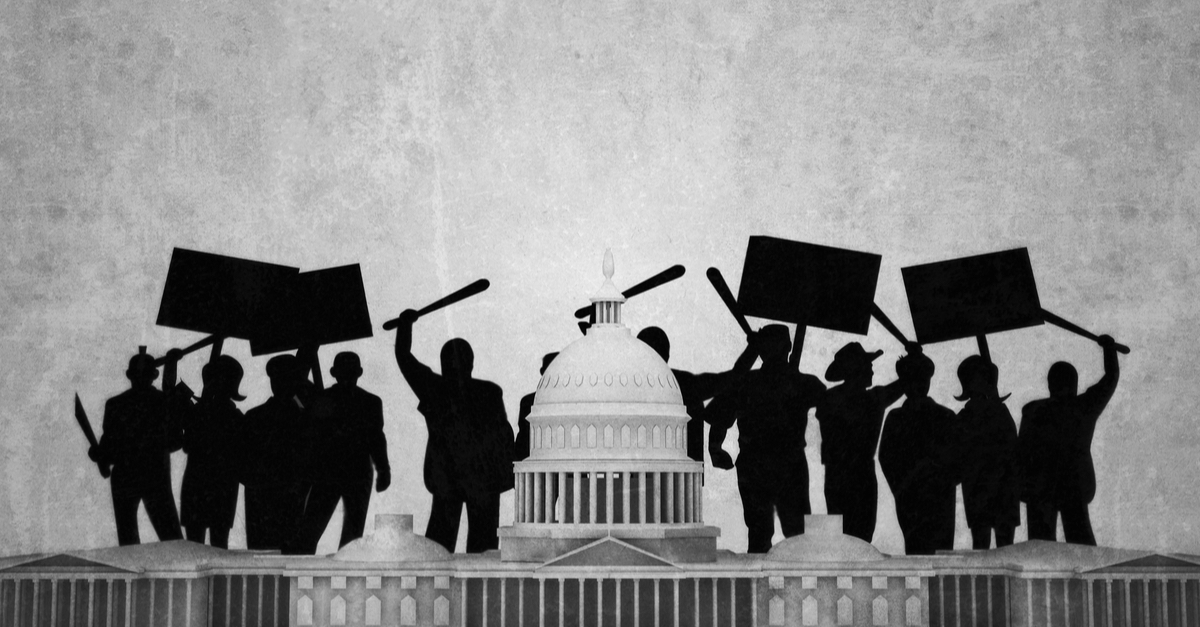 The following article, J6 Committee Has Evidence Linking Rioters to Members of Congress, was first published on Flag And Cross.

As the nation lurches ever nearer to the 2022 midterm elections, and with that contest appearing to lean heavily toward the Republican Party, the select committee investigating January 6th is hitting the gas.  They realize that, should the Democrats lose control of Congress in 2022, then their work is done.

And so, in a frenzied effort that appears to be bordering on desperate, the committee is rushing into criminal contempt referrals, subpoenaing everybody and their brother, and trying to portray the resurgent Republican Party as a nest of whatever slithery creature you’d least like to find the nest of.

The latest partisan posturing from the investigation comes to us via committee chair Bennie Thompson, and in the form of a bit of a teasing threat toward the GOP.

Rep. Bennie Thompson, chair of the House committee investigating the Jan. 6 Capitol riot, said his panel has evidence of interactions between members of the House and the rioters that day but not necessarily of a significant nature.

“We have a lot of information about communication with individuals who came,“ Thompson (D-Miss.) told host Chuck Todd on NBC’s “Meet the Press” in an interview that aired Sunday.

But when it came down to providing anything of substance, Thompson began to dance around the suggestion.

Thompson clarified that there was not evidence of House members participating in a conspiracy with rioters or offering substantial assistance — at least not yet.

“Now, ‘assisted’ means different things,“ he said. “Some took pictures with people who came to the ‘Stop the Steal‘ rally. Some, you know, allowed them to come and associate in their offices and other things during that whole rally week. So, there’s some participation. We don’t have any real knowledge that I’m aware of of people giving tours. We heard a lot of that, but we’re still, to be honest with you, reviewing a lot of the film that the House administration and others have provided the committee.“

In conservative circles, the select committee has been viewed largely as a partisan fishing expedition whose spray-and-pray investigative style belies the true, frantic nature of their work.