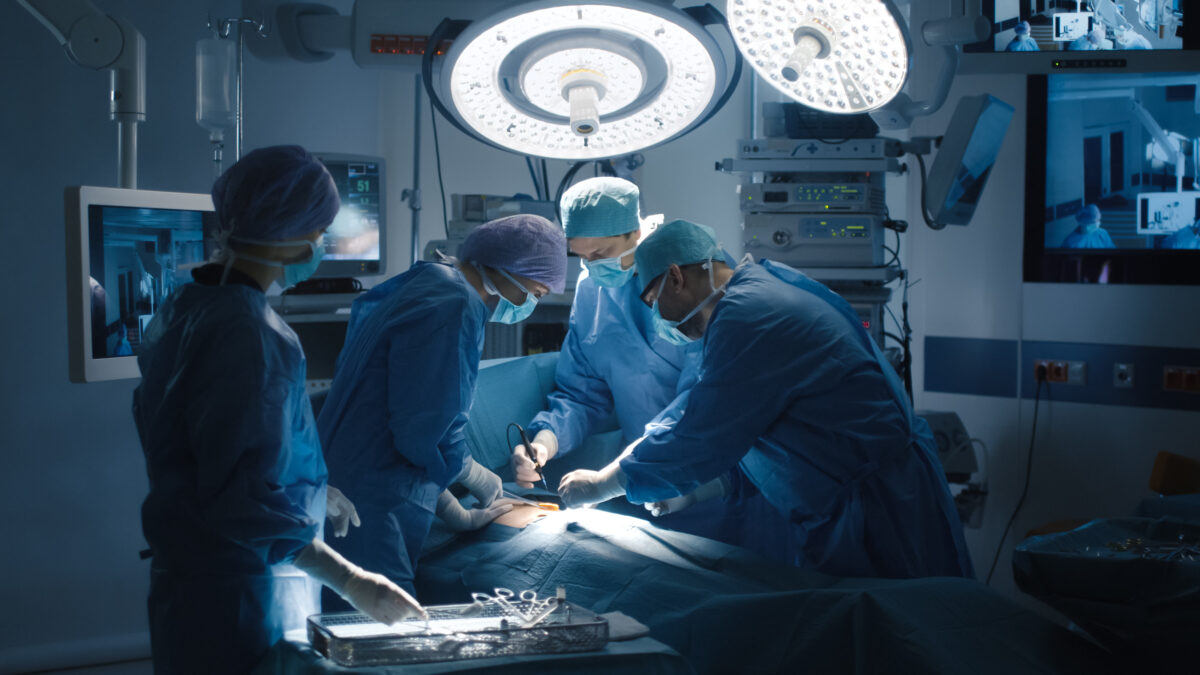 While the new omicron variant of COVID-19 is spreading in the United States, cases of the previous delta variant still remain.

One doctor in Maryland said President Joe Biden seemed unaware of this fact — and that lack of knowledge will prove deadly.

Dr. Ron Elfenbein, who serves as the medical director and CEO of FirstCall Medical Center in Gambrills, Maryland, told Fox News on Wednesday that his center had been using antibody treatments made by Regeneron and Eli Lilly to treat COVID-19. These treatments were effective against the delta variant.

However, the Biden administration halted their distribution on Dec. 23, saying they were not effective against the omicron variant.

On Dec. 20, the Centers for Disease Control and Prevention said the omicron variant made up 73.2 percent of all new cases in the United States. As such, the Biden administration apparently felt the antibody treatments would no longer be effective.

Yet this week, the CDC revised its breakdown.

In other words, the Biden administration halted effective treatments for the delta strain of COVID-19 while that strain was still very prominent in the United States.

As a result of the federal government’s misstep, Elfenbein said, he had to cancel monoclonal antibody infusions for about 250 people last week. In many cases, he said, the treatment was potentially life-saving.

“I am as angry as I possibly can be about this,” the doctor told Fox News.

In Elfenbein’s opinion, the Biden administration’s failure will have dire consequences.

“People are definitely going to die because of this or need hospitalization because [health officials] misread the statistics,” he said.

According to a Dec. 23 letter obtained by Fox News, the Maryland Department of Health told doctors in the state that “sites … have been directed to stop administering these therapeutics.”

Sharing some key updates from MD Dept of Health re: Monoclonal AB treatment in MD: The COVID-19 Omicron variant is now the most dominant variant in Maryland. It accounts for most cases in Maryland. 1/ pic.twitter.com/lQ9V9EqvcG

The department also said in the letter that the omicron variant was “now the most dominant variant in the state.”

“I don’t know how many people throughout the country are dead, dying, in the hospital, or about to be hospitalized because of the mistakes that they just made,” Elfenbein said.

Elfenbein said friends would ask him to administer the treatments for their sick relatives, but he had to refuse for fear of losing his medical license.

The U.S. Department of Health and Human Service’s Office of the Assistant Secretary for Preparedness and Response, which originally halted the treatment, revised its decision on Wednesday, Fox News reported.

It said it will still pause allocation of the antibody treatments to states with more than 80 percent prevalence of omicron, but it will begin to reallocate the treatments for states below 80 percent.