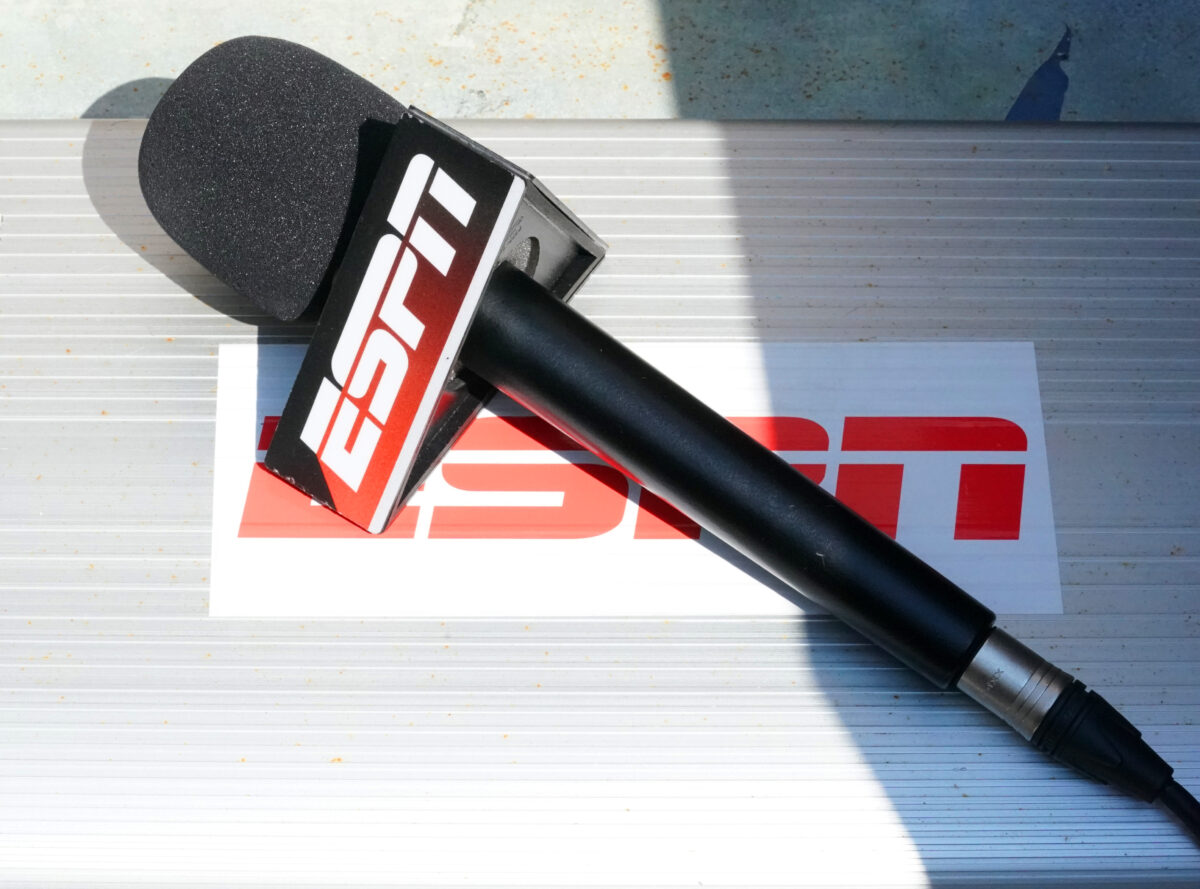 The following article, ESPN Facing a $400 Million Hit as Games Get Canceled, was first published on Flag And Cross.

Sports network ESPN risks losing millions of dollars in advertising money with the rise in COVID-19 cases because of the omicron variant.

The Walt Disney subsidiary has around $400 million in college football playoffs advertising at stake, according to Bloomberg News, as games are being canceled because of pandemic fears.

Multiple sources confirm the Military Bowl game between ECU and Boston College has been canceled due to COVID-19 issues.

According to CBS Sports, for another year, organizers have canceled the annual Military Bowl.

Organizers have also called off the Fenway Bowl, which features a game between the Southern Methodist University Mustangs and the University of Virginia Cavaliers.

The cancelation happened after some players on the University of Virginia team tested positive for COVID-19, CBS Sports reported.

Earlier this Christmas Eve, Hawaii withdrew from a game against Memphis, citing pandemic woes. Texas dropped out of the Gator Bowl for the same reason, the outlet reported.

For a company that usually bags $350 million to $400 million per year, according to estimates from Bloomberg Intelligence, the pandemic cancelations are likely to bring big losses. Pre-pandemic, ESPN even saw a rise in revenue by a growth of 8 percent annually between 2013 and 2018.

Disney draws in around $12 billion in yearly sales through ESPN. The network helps the media conglomerate earn $4.3 billion every year before taxes, interest, depreciation and amortization, according to Bloomberg Intelligence.

“We are working closely with the College Football Playoff and other bowl organizers and are confident in the health and safety plans they have in place for the games to be played as scheduled,” ESPN told Bloomberg News in an emailed statement.

The surge in cases because of omicron is “unlike anything we’ve ever seen, even at the peak of the prior surges of Covid,” Washington, D.C.-based health expert James Phillip told CNN on Wednesday.

“What we’re experiencing right now is an absolute overwhelming of the emergency departments,” Phillip, who works at the George Washington University Hospital, said.

According to data from Johns Hopkins University, as of Friday afternoon, the United States has witnessed a 28-day rise in COVID-19 cases by 5,409,183 people testing positive. During the last 28 days, the data found, 37,114 people have died. Over the last 14 days, cases have been rising at a rate of 181 percent, according to New York Times data.

The White House, amid the omicron spike, has been urging Americans to get vaccinated as a precaution against the coronavirus and its variants in line with Centers for Disease Control and Prevention recommendations.

“The Omicron variant likely will spread more easily than the original SARS-CoV-2 virus and how easily Omicron spreads compared to Delta remains unknown,” the CDC said in a fact sheet on the new variant of concern.

The agency believes “anyone with Omicron infection can spread the virus to others, even if they are vaccinated or don’t have symptoms,” according to its website.

While the agency maintains federal government-approved vaccines guarantee protection against “severe illness, hospitalizations, and deaths due to infection,” the CDC said that “breakthrough infections in people who are fully vaccinated are likely to occur.”