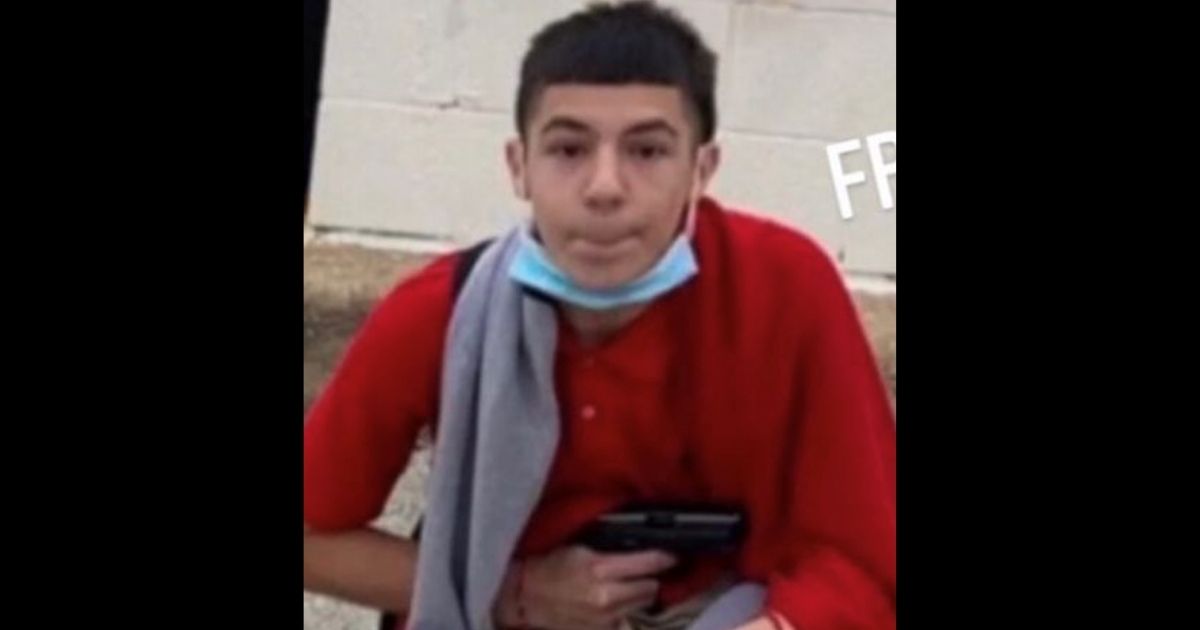 The following article, ‘Armed and Dangerous’ 14-Year-Old Triple Murder Suspect Is on the Run, Police Warn, was first published on Flag And Cross.

Texas police said a 14-year-old charged with capital murder in the shooting deaths of three teenagers is on the loose.

According to The Associated Press, the incident took place Sunday at a gas station convenience store in Garland, Texas. A gunman opened the door of the store and fired inside, killing three people inside and wounding a fourth.

Police identified the suspect as Abel Elias Acosta and described him as Hispanic with dark hair and brown eyes. They said he was “armed and dangerous.”

While the names of juvenile suspects are not typically released, a juvenile court issued an order allowing the release of Acosta’s name and ordering that he be taken into custody.

The Garland Police Department posted an image of the suspect from social media on its official Twitter account.

MURDER SUSPECT IDENTIFIED: The court has authorized a Directive to Apprehend for 14YO Abel Elias Acosta, the shooter responsible for killing 3 & wounding a 4th @ a convenience store on 12-26-21. *photo obtained from social media* pic.twitter.com/STAe4kzuWs

“Detectives believe Abel Acosta is actively evading capture and need the public’s assistance in locating him,” the department said in a news release.

Surveillance video showed a shirtless boy with a handgun crouching in front of the convenience store, the AP reported. He eventually opened the door and began firing the handgun into the store.

Police said the suspect fired over 20 rounds from a .40-caliber pistol during the attack.

Richard Acosta, 33, turned himself in to police on Monday, the AP reported. He is also charged with capital murder for his alleged role in the crime and is being held on a $1 million bond.

33-yr-old Richard Acosta arrested in relation w/ the triple murder. Acosta is believed to be the driver & turned himself in at GPD yesterday. The truck has also been located. He is in the Garland Jail charged with Capital Murder, & bond set at $1,000,000. Investigation is ongoing pic.twitter.com/THOzqZLUQ2

According to the AP, police identified the victims as 14-year-old Xavier Gonazalez, 16-year-old Ivan Noyala and 17-year-old Rafael Garcia.

In addition, an unnamed 15-year-old serving as a cook at the store was injured, according to the AP. He was taken to the hospital but is expected to survive.

Garland police spokesman Lt. Pedro Barineau said officers believe the shootings were “a retaliatory attack on one or more of the people in the store,” the AP reported.

Barineau said that after the younger Acosta is taken into custody, prosecutors will determine whether to try him as an adult.

Police urged anyone with knowledge of Abel Acosta’s location to call 911 and offered a reward of up to $5,000 for information leading to his apprehension.