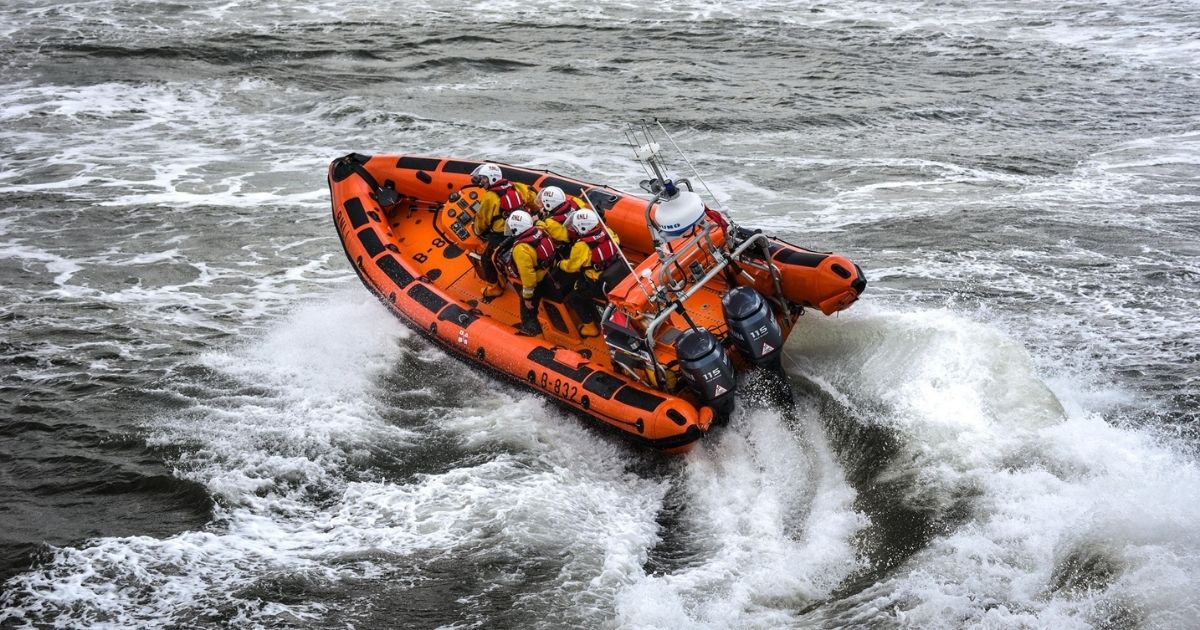 For many of us, Christmas is a time for seeing our family, reminiscing, dragging up ancient history and eating too much.

Brothers Steven Wilson and John-Arthur Robertson from the U.K.’s Shetland Islands were likely looking forward to a much less exciting Christmas this year after the one they had last year and reflecting on what almost was.

Neither brother is a stranger to the sea — which meant when Robertson found himself in a bad spot on Christmas 2020, it was a really bad spot.

Robertson, an experienced fisherman, had set out to Clousta harbor in his creel fishing boat to sell his catch the next morning, according to The Shetland Times.

Everything seemed fine at first.

“When I left the pier it was a calm, clear moonlit night,” Robertson said. “I felt no worries — it was just another day.

But as he continued his journey, the engine on his small boat failed. He started to drift toward the rocky cliffs. The winds got stronger, and the water grew more turbulent.

Around 6:30 p.m., Robertson realized the dire straits he was in and called his brother, who had just sat down to Christmas dinner with his family.

Wilson is a volunteer with the Aith lifeboat crew, and it wasn’t long before the team assembled and was on its way to rescue Robertson.

“I knew that if the anchor on his boat slipped, my brother would be gone,” Wilson said.

The lifeboat reached the stranded fisherman 20 minutes after setting out. The rescue team kept trying to throw a rescue line to Robertson, but the conditions kept interfering.

Finally, on their third attempt, they managed to secure the boat and tow it to safety, and everyone made it back by 9 p.m.

“Back at home, the reality of how close John-Arthur had come to losing his life sank in,” Wilson said.

“I have more respect for the sea since the rescue, and I will definitely appreciate Christmas more this year,” said Robertson, who is still a fisherman.

The Royal National Lifeboat Institution posted the brothers’ story this Christmas as a reminder of the critical work its volunteers do.

“For Aith crew member Steven Wilson and his family, Christmas Day 2020 is a date they’ll never forget,” the organization wrote. “Steven had just finished tucking into Christmas dinner when he received the one call he didn’t want!

“Afterwards, John-Arthur said ‘I’d encourage anyone to give what they can this Christmas, so that crews like my brother’s can be here to help other people.’”

“This was a Christmas day I won’t forget in a hurry,” Wilson wrote in his share of the story. “[B]ut anyway please donate whatever you can its for an excellent cause.”