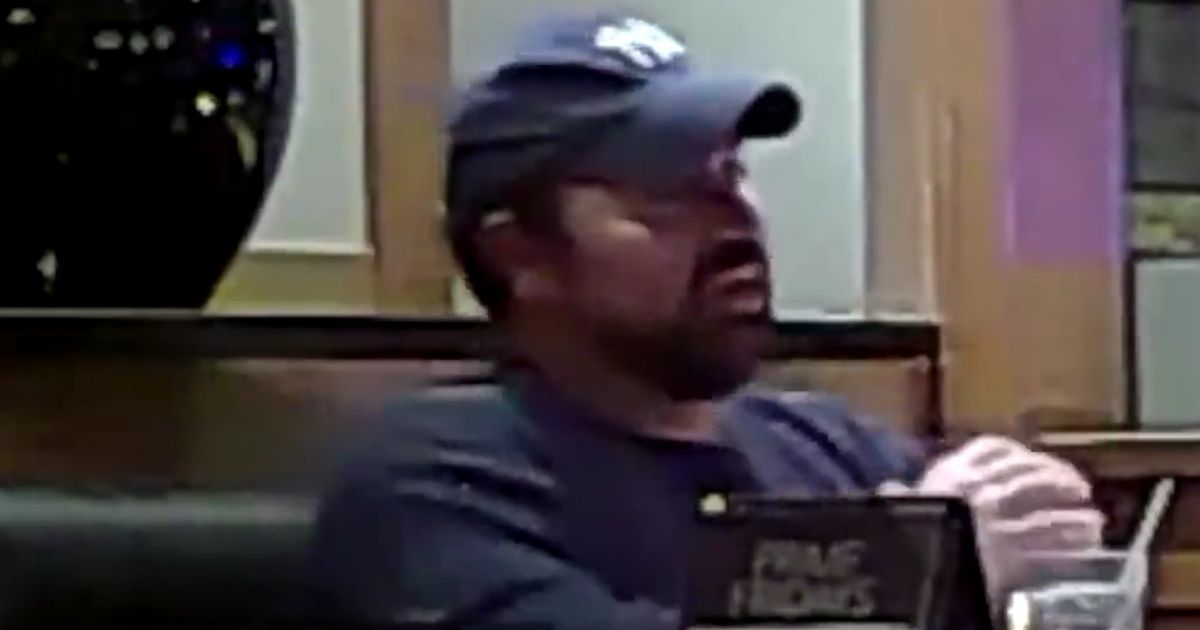 “While we will eventually be transparent about our findings, safeguarding the personal privacy and safety of victims and witnesses as well as maintaining the integrity of our criminal investigation are of paramount importance,” the police department said, according to Fox News.

According to the statement from the police department, officers seized “numerous items from the subject’s Virginia home,” Fox News reported.

Saleeby used to be the senior producer of Jake Tapper’s “The Lead.

I suspect you know that Rick Saleeby does not work for CNN. He resigned from his position weeks ago. I shared this w Fox News & The Wash Times last week. Breitbart, Epoch & Virginia Star today. None have published it yet.

CNN head of communications Matt Dornic confirmed Wednesday in a Twitter post that Saleeby had already resigned from the outlet in recent weeks. “The person in question no longer works for CNN,” a CNN spokesperson told Fox News in a statement explaining that Saleeby had resigned earlier in December.

Saleeby made a court appearance Tuesday, according to Washington Examiner. When Project Veritas journalists approached him with questions relating to the accusations brought against him and his relationship with CNN, Saleeby refused to comment.

On December 15, Project Veritas published a report stating that a source familiar with the situation had approached them with video and texts that seemed to show Saleeby engaging in pedophilic behavior.

The conservative investigative journalism group said that as soon as they learned of the matter, they informed authorities and the child’s mother of Saleeby’s behavior. The source told the outlet that Saleeby’s alleged behavior “disgusted” her and she did not want “these people with power” to “get away with it.”

According to Project Veritas, Saleeby allegedly described to the informant in one text conversation how the daughter another woman “was wearing very closely cut bottoms at the pool.” Saleeby, Project Veritas reported, then began providing a graphic, vulgar description of he could see the outline of her private parts.

“Other texts were too graphic and sickening to directly quote,” Project Veritas noted in their report. “The messages and videos were obtained by a woman who engaged in a sexual relationship with the producer in question for a decade.”

Saleeby is the second CNN producer to leave the establishment media giant amid accusations of illicit conduct involving minors.

The Department of Justice announced December 10 that a Vermont grand jury charged CNN producer John Griffin “with three counts of using a facility of interstate commerce to attempt to entice minors to engage in unlawful sexual activity.”

Between April and July last year, according to the Department of Justice, Griffin used instant messaging apps like Kik and Google Hangouts to interact with people claiming to be the parents of girls who were minors. He used to tell them that a “woman is a woman regardless of her age,” and that a woman should be “sexually subservient and inferior to men,” according to the indictment.

Griffin in June of last year told the mother of a 9-year-old girl and a 13-year-old girl that it was her duty to ensure that her eldest daughter was “trained properly.” He then wired $3,000 to the woman so that she could bring her girls to his Ludlow residence where in July, according to the Department of Justice, “the daughter was directed to engage in, and did engage in, unlawful sexual activity.”

The indictment brought against him, the Department of Justice said, also included allegations that Griffin tried to entice two other minors.

According to the Department of Justice, Griffin in April 2020 asked a woman if she would get her 14-year-old daughter on a video chat where the duo would “remove their clothing and touch each other at his direction” in what Griffin called a “virtual training session.”

Two months later, the indictment alleges, Griffin approached the mother of a 16-year-old girl, asking her if she would bring her girl over to his house for a “little mother-daughter trip.”

The news company removed Griffin from his job after he was charged.