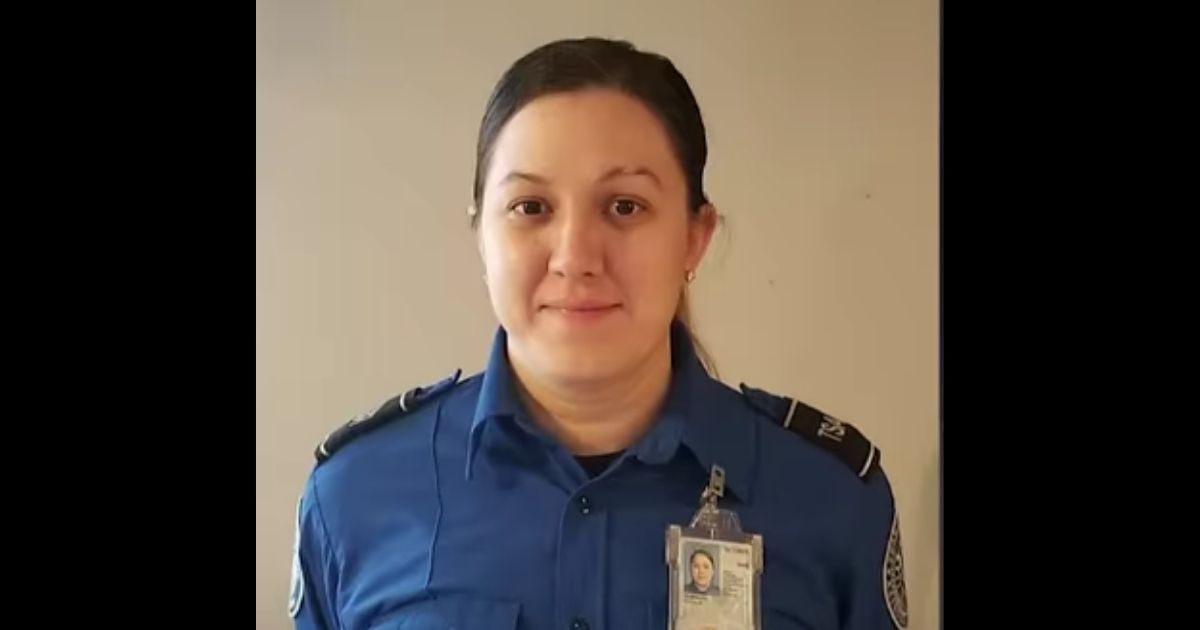 Cecilia Morales is no stranger to danger.

She’s made a career out of helping people in desperate situations, and has 10 years of experience as an EMT in New Jersey under her belt.

In October, she got a new job with the Transportation Security Administration. She was on duty at Newark Liberty International Airport when her training really came in handy.

As a mother passed through security, she picked up her 2-month-old from his carrier and discovered he wasn’t breathing. When she couldn’t rouse the baby, she started yelling for help.

Morales, who was standing nearby, acted on instinct. She jumped over a conveyor belt and immediately took the infant into her hands.

She’d performed the Heimlich maneuver before on adults and children, but never a baby, according to a Dec. 23 news release from the TSA.

Morales later said the baby’s mother “was so nervous and I knew if I didn’t get over there, it wasn’t going to be a good outcome.”

It took two attempts, but Morales got the baby breathing again. A pediatric EMT arrived a short while later to administer oxygen.

“Two months on the job and she’s literally a life-saver,” TSA official Thomas Carter said. “Officer Morales’s quick reaction and actions helped ensure that this family will have a happy holiday season. Her actions were inspiring.”

“She’s truly a hero who reacted instinctively to save the infant,” TSA spokeswoman Lisa Farbstein said, according to the Miami Herald.

“If Officer Morales did not utilize her critical thinking, knowledge and quick response, perhaps we could have had a terrible outcome,” TSA manager Ayrana Frazier added.

“In the moment Officer Morales was selfless, and her priority was to save a life. We are proud to call her one of our own.”

While saving lives is nothing new for the rookie TSA officer, she’d never seen herself like she did this time around.

“I saw the video afterward,” Morales said. “It was the first time I’ve ever seen myself in action, saving a life. It was mind-blowing to watch.

“I felt that my training and experience just took over.”