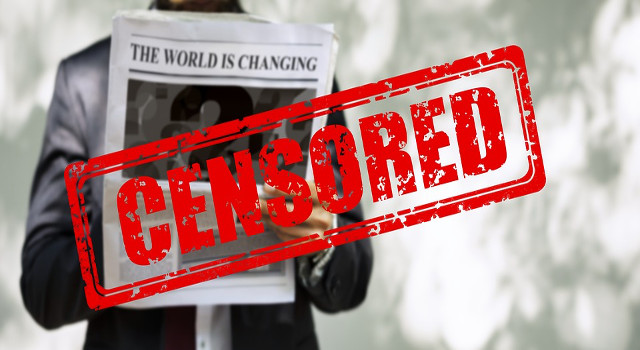 You probably didn’t need anyone to tell you the Democrats were going to use the anniversary of the Jan. 6 Capitol riot to push all sorts of agenda items. That said, few if any commentators predicted they’d use it as a pretense for a piece of spectacularly unconstitutional legislation that would ban “vaccine misinformation” on social media platforms.

Apparently, as far as New York state Sen. Brad Hoylman is concerned, social media isn’t censorious enough when it comes to vaccines. (We know full well at The Western Journal that the opposite is true, given Big Tech companies like Google try to starve us of revenue when we deviate from the party line. We’re dedicated to fighting this censorship no matter what the cost — and you can help us in our fight by subscribing.)

Thus, we got this news release from the Manhattan-based Democrat: “As the Anniversary of the January 6 Insurrection Approaches, Senator Brad Hoylman Introduces Bill to Hold Tech Companies Accountable for Promoting Vaccine Misinformation & Hate Speech on Social Media.”

His legislation, according to the news release, would “hold social media platforms accountable for knowingly promoting disinformation, violent hate speech, and other unlawful content that could harm others.

“While Section 230 of the Communications Decency Act protects social media platforms from being treated as publishers or speakers of content shared by users on their apps and websites, this legislation instead focuses on the active choices these companies make when implementing algorithms designed to promote the most controversial and harmful content, which creates a general threat to public health and safety,” the release read.

If one is to judge by his statement, Sen. Hoylman sees little difference between hate speech, Capitol rioters and someone who engages in the deliberately vague thought crime of “vaccine misinformation.”

“Social media algorithms are specially programmed to spread disinformation and hate speech at the expense of the public good. The prioritization of this type of content has real life costs to public health and safety,” Hoylman was quoted as saying in the release.

Hoylman’s release said social media companies were “hiding behind Section 230 of the Communications Decency Act,” which provides legal immunity to tech platforms for third-party content they may host.

However, Hoylman claimed tech companies are algorithmically favoring extremist hate speech and vague, undefined “vaccine misinformation,” because apparently he’s not gone anywhere near a social media platform or search engine in the past half-decade. (Consider, for instance, that these were the platforms that effectively killed the Hunter Biden laptop story — and already put huge warning labels on almost any post which mentions vaccines.)

“Many social media companies employ complex algorithms designed to put the most controversial and provocative content in front of users as much as possible,” Hoylman’s release claimed.

“These algorithms drive engagement with their platform, keep users hooked, and increase profits. Social media companies employing these algorithms are not an impassive forum for the exchange of ideas; they are active participants in the conversation.”

“When a website knowingly or recklessly promotes hateful or violent content, they create a threat to public health and safety,” the release continued. “The conscious decision to elevate certain content is a separate, affirmative act from the mere hosting of information and therefore not contemplated by the protections of Section 230 of the Communications Decency Act.”

Hoylman’s release name-dropped Facebook whistleblower Frances Haugen — who, while shining an important light on the social media giant’s practices, described nothing as dire as Hoylman seems to portray it as. Going by Hoylman’s news release, the second you log onto Facebook for the first time, you’re hit with recruitment advertisements for the Proud Boys and 3,000-word screeds about how mRNA vaccines will turn you into microchipped caterpillars.

If there’s anything to actually fear, meanwhile, it’s the blatantly unconstitutional nature of the legislation, which would punish tech companies for “a false statement of fact or fraudulent medical theory that is likely to endanger the safety or health of the public.”

The text of the legislation doesn’t make this any more specific. In fact, it’s identical; it doesn’t identify what qualifies as false or fraudulent, nor what would qualify as endangering health or safety.

Just to be clear, this bill has a TON of First Amendment issues and if it were to pass would be declared unconstitutional in a millisecond

“What is a ‘false statement or fraudulent medical theory that is likely to endanger the safety or health of the public?’ Would that include when public health officials told people not to wear masks in March 2020?” he continued. I’m sure we’d see a bunch of local city attorneys and private citizens filing suits to find out.”

I’m sure we’d see a bunch of local city attorneys and private citizens filing suits to find out. But assuming that the NY judges apply the First Amendment precedent (and after the recent NYT prior restraint, who knows), this would not survive a challenge.

With Democrats firmly in control of the legislature and the governor’s mansion in New York, however, there’s a good chance this gets passed and goes to the courts. It may be smacked down there, but the fact it was proposed in the first place should give everyone pause.

What is “misinformation?” Questioning the risk of side-effects from vaccination? They’re rare, sure, and too much is often made of them — but to make them punishable by law? What about questioning the efficacy of vaccine mandates? Or of masks or social distancing? This is the kind of discussion that the left wants social media to start censoring.

They may not be able to do it through laws like these, given the obvious unconstitutionality. They have plenty of other ways to pressure Big Tech to affect this outcome, however — and don’t think for a second that they won’t use them.