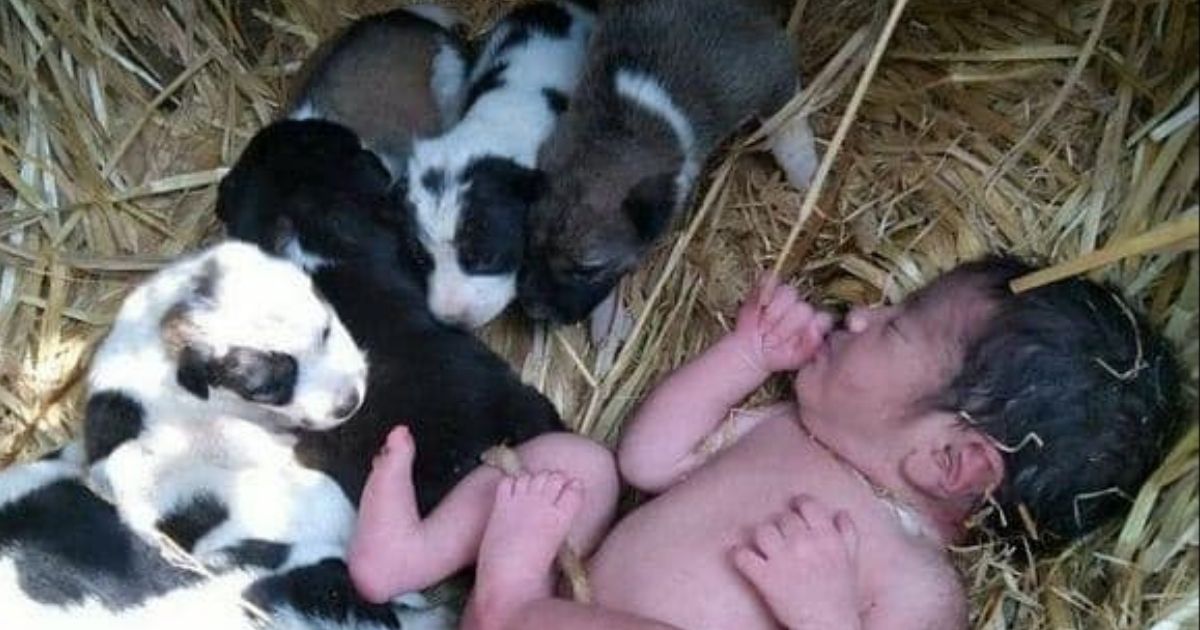 There are many stories about dogs being better “people” than people at times, and one of the most recent examples comes from the Chhattisgarh province in India.

Locals in Lormi village recently heard crying and tracked it down to a “nest” in a pile of straw where a dog had placed her puppies.

But the villagers spotted a newborn baby girl nestled in with puppies and their mother, appearing to have been cared for by the mother dog.

The infant was naked and still had an umbilical cord attached, but she was alive — likely thanks to the dog keeping her warm.

According to Weather Atlas, December is the coldest month, and the lows can fall into the 50s.

“It’s possibly the warmth from puppies and their mother itself who had kept this newborn alive,” a local said, according to Express.

“Usually, the temperature dips at night, and it’s already December. I must say, it’s her sheer luck.”

Authorities were contacted once the baby was spotted, and she was quickly taken to receive care. She was determined to be in good health and is now in the care of The Child Line Project.

“We had come out for work, and at 11 am we saw that there is a newborn baby girl was lying in the village amid dogs,” local sarpanch representative Munnalal Patel told ETV Bharat, according to Times Now News.

“Then, we informed the health department. After that, the newborn was taken to the hospital.”

The infant was given the name “Akanksha,” which means “desire” or “ambition.”

Indian Police Service Officer Dipanshu Kabra has made it clear that this sort of behavior will not be tolerated and that female infanticide is a terrible thing.

“I was upset after reading the news,” a translation of Kabra’s tweet reads. “The girl has been taken to the hospital by the police, the investigation of the case is going on.

“If you are suffering from the thinking of discrimination between son and daughter, then you are not fit to be a parent.

“The culprits should get strict punishment under the law. Stop such sins, give up orthodox thinking, consider son and daughter equal.”