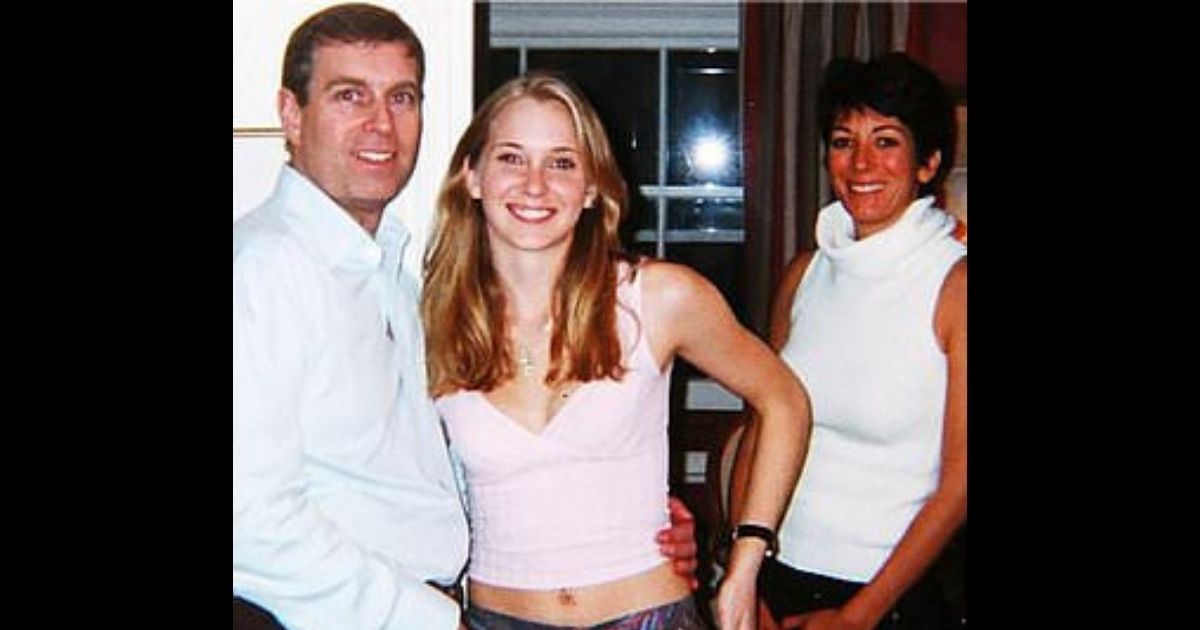 According to Reuters, two New York judges ordered Wednesday that the 2009 settlement between Epstein and Virginia Giuffre, one of the financier’s numerous accusers, be made public. Giuffre, who said she was trafficked by Epstein, has accused Britain’s Prince Andrew of sexually abusing her when she was a teenager.

The documents will be made public next week. We’ll be covering whatever’s in them here at The Western Journal — and we’ll continue to bring readers the truth about Epstein’s sick web of perversion. You can help us bring America the facts by subscribing.

Giuffre is suing Andrew in New York court; the British royal is aggressively trying to have the case dismissed, arguing, among other things, that Giuffre has resided in Australia for most of the past 20 years. (Giuffre’s lawyer said this was “just another in a series of tired attempts by Prince Andrew to duck and dodge the legal merits of the case Virginia Giuffre has brought against him.”)

Andrew also fought the release of the details of the 2009 settlement.

“The prince’s lawyer, Andrew Brettler, has contended that the 2009 settlement with Epstein released the Duke of York from liability from Giuffre’s lawsuit because it covered ‘royalty,’ and Epstein insisted it cover anyone Giuffre might sue,” Reuters reported.

David Boies, a lawyer for Giuffre, said that portion of the settlement “at most” applied to those involved in litigation in Florida, where Epstein had a residence. Instead, he said, Andrew was using it as a “get out of jail free card.”

Whether or not the judges agreed with that assessment, they felt there was no reason to keep the 2009 settlement under seal — and that puts Andrew back in the spotlight, given that Giuffre contends she was forced to have sex with him by Epstein when she was only 17.

According to the Independent, the lawsuit alleges Andrew had sex with Giuffre three times, the first in 2001 at Maxwell’s London home. Two other assaults are alleged to have happened in New York City and the U.S. Virgin Islands.

The suit seeks recompense for “significant emotional and psychological distress” inflicted upon Giuffre from the assaults. Perhaps most important, however, it could rekindle the interest of U.S. authorities in pursuing charges against Andrew.

The allegations against Queen Elizabeth II’s second son had long been in circulation, buttressed in part by a photograph of him with Giuffre and Maxwell.

Virginia Giuffre who claims she was forced to sleep with Prince Andrew hails Ghislaine Maxwell’s guilty verdict as ‘another step towards justice’ https://t.co/aWVkz7uoux

Epstein’s 2019 arrest brought Andrew’s association with the disgraced financier back into the spotlight. Not only was there the photograph of him with Giuffre, but, as The Guardian pointed out, there were photos of him associating with Epstein as late as 2010 — two years after the billionaire was first convicted of soliciting a minor for prostitution.

That was already bad enough, but Andrew decided to take it upon himself to make things exponentially worse by sitting down for an interview with the BBC that would have been comical if it didn’t deal with rank human tragedy of the highest order.

During the interview, the prince claimed he’d never met Giuffre and implied the photograph of them was a fake. According to the Guardian, the reason he gave for this was that his arm was around Giuffre’s waist in the picture and, as a royal, he was “not one to, as it were, hug and public displays of affection are not something that I do.”

It didn’t get better from there. He insisted he couldn’t have had sex with Giuffre on the date the picture was taken because he distinctly remembered that, on that exact date — March 10, 2001 — he was attending a party at a sub-Pizza Hut chain restaurant in a London suburb.

“I was with the children and I’d taken Beatrice to a Pizza Express in Woking for a party at I suppose four or five in the afternoon,” Andrew said. “And then because the duchess [Sarah Ferguson] was away, we have a simple rule in the family that when one is away the other is there.”

Furthermore, he had another alibi, this time in response to Giuffre’s allegation that Andrew had been “profusely sweating” during one of their encounters.

“I didn’t sweat at the time because I had suffered what I would describe as an overdose of adrenaline in the Falklands War, when I was shot at,” he said, according to the Independent. “It was almost impossible for me to sweat.”

As for staying with Epstein in 2010, two years after he became a registered sex offender, Andrew said, “It was a convenient place to stay.”

“At the end of the day, with the benefit of all the hindsight one can have, it was definitely the wrong thing to do,” he said. “But at the time, I felt it was the honorable and right thing to do. And I admit fully that my judgment was probably colored by my tendency to be too honorable but that is just the way it is.”

Given that this is Andrew putting the most positive light he could on his side of the story, you can probably tell why he doesn’t want the details of the 2009 settlement Epstein reached with Giuffre made public.

Not only that, but Wednesday’s other development — Maxwell’s conviction — makes his case even harder.

“This is a huge setback for Prince Andrew and his defense,” Florida lawyer Adam Horowitz, who has represented other Epstein accusers, told Rolling Stone.

As he noted, the British socialite had been mentioned nearly two-dozen times in Giuffre’s lawsuit against Andrew.

“Obviously he can no longer call her as a favorable witness,” the lawyer said. “They can’t call Maxwell now to refute anything.”

And if Prince Andrew has only his own words to stand on, we know how badly that will likely go.