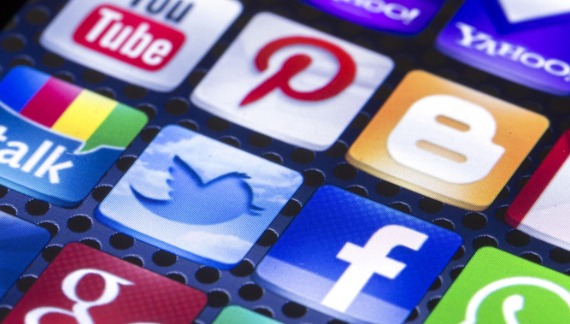 The following article, Cops Trying to Crack Murder Case Publish Social Media Profile Details, Urge People to Call If They’ve Interacted with It, was first published on Flag And Cross.

The young girls who got messages from the Instagram and Snapchat account @anthony_shots probably thought being pursued online by a wealthy male model was too good to be true.

Horrifically, it most certainly was too good to be true, and the truth about who was running the account, we have now learned, could have cost two of these young girls their lives.

In 2016 and 2017, a man by the name of Kegan Kline operated a phony social media account using pictures from a male model who he portrayed as lavishly wealthy to solicit explicit photos and videos from unsuspecting young women who thought they were interacting with his handsome alter ego instead.

Now, Indiana State Police is seeking information from anyone who may have interacted with Kline’s decoy account, @anthony_shots, as part of an investigation into the 2017 killings of two teenage girls, Abigail Williams and Liberty German, in Delphi, Indiana.

Kline has not been named as a suspect nor have police suggested that he is linked to the girls’ deaths, and it is also unclear why they are asking for information about the account four years after the investigation began, but this new development has certainly sparked speculation that there’s a connection to Kline’s alleged catfishing scheme.

According to court documents obtained by WTHI-TV, Kline is currently facing 30 felony charges involving child pornography over his use of the social media account, which he admitted to federal agents that he created using images of a part-time male model and police officer from Alaska, Vincent Kowlaski.

Kowlaski, who knew nothing about the fraudulent use of his images, told the U.K.’s Daily Mail he was horrified to hear of its new connection to the unsolved murders of the two girls and is cooperating with police.

It has been years since the police investigating the deaths of Williams and German, the cause of which was never revealed by law enforcement or the girls’ families, released any new information about the ongoing case, but the request for information about Kline’s account seems to suggest there is a connection.

According to the Mail, Kline’s public defender says he had nothing to do with it, and police declined to comment on whether the accused pedophile had been questioned in the case.

Yet it was just 10 days after the girls’ bodies were found in 2017 near a train track after they’d gone for a walk together that the FBI and Peru, Indiana, police raided Kline’s home with a warrant over evidence the FBI had obtained that he was soliciting young girls online for explicit images.

He is currently awaiting trial on charges of child exploitation and child pornography.

Meanwhile, anyone who interacted with his account @anthony_shots is asked to call 765-822-3585 or send an email to abbyandlibbytip@cacoshrf.com.

I cannot emphasize enough how much this grim story says about what is happening to our young people in a culture where “sexting” has become the norm.

A recent study found that the number of children as young as 9 years old who create explicit images of themselves to send to others via text or online is growing, in some cases under coercive circumstances.

Whether children are being asked for explicit images of themselves from wealthy male models or overweight fraudsters, there is nothing normal, healthy or remotely acceptable about how sorely we have let our children down in the age of social media.

Children are creating their own illicit child abuse material for pedophiles to consume and, as the case may be in these tragic circumstances, some are even being lured to their death by online predators eager to translate their abuse to the “real world.”

For how much longer are we going to ignore this pressing social crisis and the damage it is inflicting upon the most vulnerable and easily influenced among us?

Sex is shoved down our children’s throats at every turn, and we’re surprised to find out they’re agreeing to send graphic photos and videos of themselves to strangers on the internet?!

Our children rely on us to guide them morally through this dark world, which is full of predators and criminals seeking to prey on the vulnerable around every turn.

The kids aren’t all right. And it’s the adults’ fault.