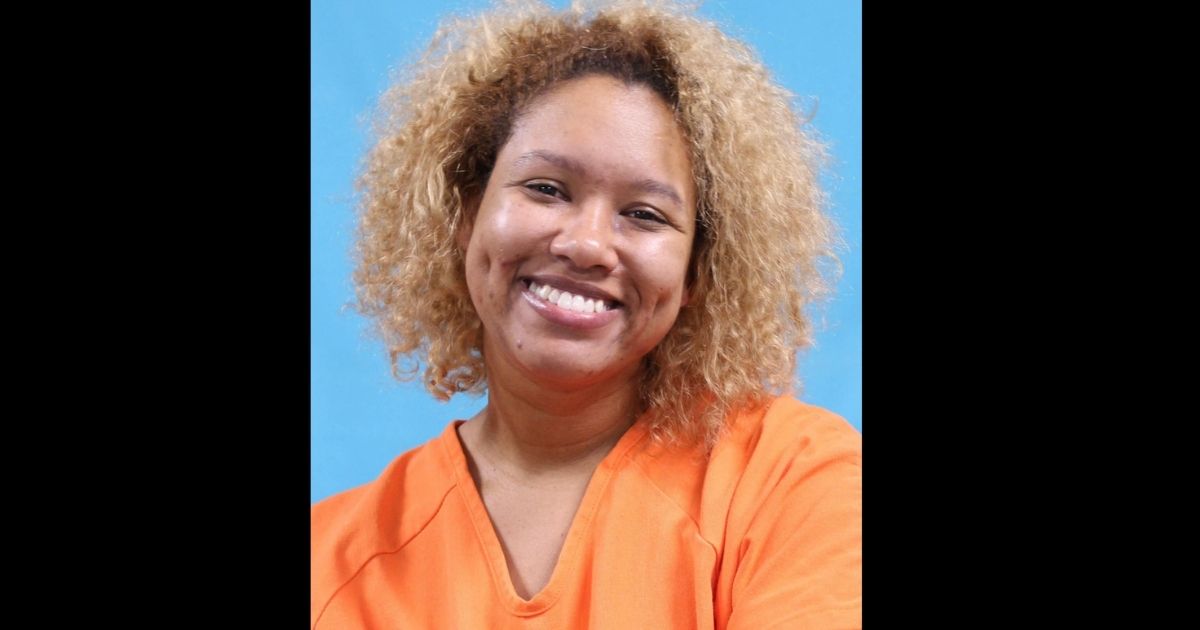 The following article, Woman Smiles After Admitting to Killing Boyfriend While Literally Being Bloody-Handed, was first published on Flag And Cross.

On April 17, Brittany A. Wilson, 32, and Harrison Stephen Foster, 34, got engaged. On Christmas Eve, Foster was found dead — and all signs point to his fiancée as the culprit.

Wilson, a mother of two — though Foster is not believed to be the father of either, according to the Daily Mail — had some strange explanations for police when they arrived at the home she and Foster shared in Cape Girardeau, Missouri.

She’d called them at around 11 p.m. on Christmas Eve. When they arrived, she greeted them with arms and clothes covered in what appeared to be blood.

After a sweep of the property, authorities discovered Foster in the basement. He’d been stabbed multiple times and appeared to have died some time before their arrival.
Police also found the suspected murder weapon on the property: A sword.

“The believed-to-be murder weapon, which is a short blade sword, was located outside of the residence,” Cape Girardeau Police Department Sgt. Joey Hann told People magazine.

“She wasn’t brandishing it at the time. She had put it down to make sure she wasn’t holding it when officers got there.

“They had reasonable suspicion that there might be a victim inside that needed medical care. Officers called for medical attention but he apparently expired from his wounds prior to the officers arriving on the scene.”

A probable cause affidavit referenced by “People” revealed that Wilson admitted that the couple had used meth earlier that day.

And her explanation for the bloody scenario only got weirder from there.

“Wilson went on to explain that over the last several months she had thought that [victim] had several other entities living inside of his body,” the affidavit states.

As for the stabbing itself, it appears to have occurred when Wilson felt that one of those other entities was taking over.

“They were about to become intimate, at that time Wilson said that one of the other entities inside of [victim] took over,” the affidavit continues. “Wilson said she did not consent to that, and that she felt that she needed to ‘set him free.'”

The strangeness of the story is only exacerbated by the mug shot that Cape Girardeau Police Department shared, in which Wilson is beaming.

“Wilson was arrested and transported to the Cape Girardeau municipal jail where she was processed without incident,” they shared in a Facebook post detailing the incident.

“Cape Girardeau investigators presented the facts of this case to the Cape Girardeau County Prosecuting Attorney’s Office. The Honorable Judge Frank E. Miller has since issued a warrant on Wilson for Murder-1st Degree and Armed Criminal Action.” Bail was set at $2 million — cash only.

Wilson is pleading not guilty.

Continue reading: Woman Smiles After Admitting to Killing Boyfriend While Literally Being Bloody-Handed ...