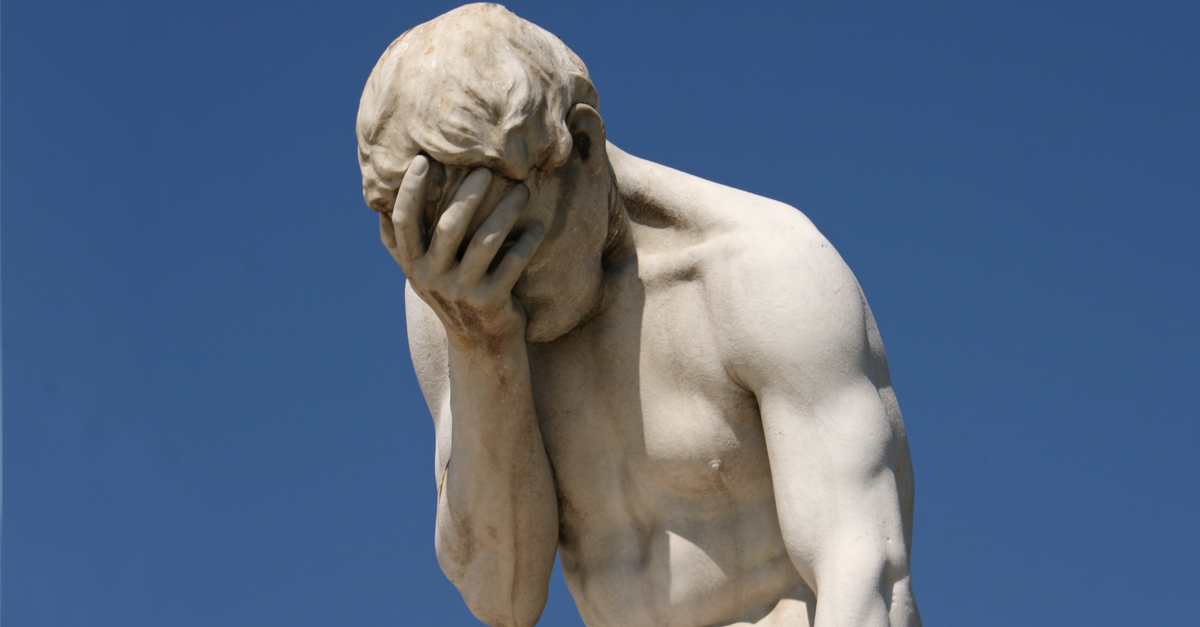 Have you ever wondered why people wear face masks while driving alone in their car with the windows rolled up? Or walking or jogging outside all by themselves?

Why do they do it? It isn’t protecting them from COVID-19 in any significant way. Are they merely following the example of their fearful leaders to make a calculated political statement? Or have they fallen prey to an irrational fear? Maybe it’s both.

President Joe Biden was caught walking along a deserted Delaware beach wearing a mask. He was accompanied by Jill Biden — she’s a doctor, you know, but that’s another story — who was not wearing a mask. The Bidens’ new dog Commander, maskless, was along for the stroll.

The beach is near the Bidens’ vacation home in Rehoboth, Delaware. The Bidens arrived in Rehoboth on Monday.

Before asking why Biden is taking a vacation as the country falls apart, consider the fact that he has received three doses of the Pfizer vaccine. And then consider that the Centers for Disease Control and Prevention guidelines state that outdoor activities are fairly safe if you stay six feet away from people who don’t live with you.

There is no place that is 100 percent safe, no Archimedean point from which the coronavirus can be observed in a vacuum. According to quantum theory, nothing is 100 percent certain. There are, however, probabilities.

Biden was nowhere near anyone on the beach. Jill was fairly close, but, assuming she lives with her husband, that shouldn’t be a problem. Unless there was a bonfire party just up the beach that the Bidens were planning to attend, Biden didn’t need to wear a mask. So why did he do it?

Back in October, Bill O’Reilly pointed out ten examples of the Biden administration not making sense, including the U.S. withdrawal from Afghanistan.

October seems like an eternity ago. O’Reilly was merely scratching the surface. In comparison, wearing a mask on a beach may seem trivial. But it’s not.

One wonders if Biden was intentionally trying to make a political statement by wearing a mask when it wasn’t necessary. Did his handlers advise him to wear a mask on the deserted beach? Why? It’s a bad look for an administration obsessed with optics.

Is Biden is afraid of catching COVID-19 from Jill? From Commander? Even with three shots? That doesn’t make sense. Fear is unbecoming, especially when it’s irrational.

To further muddy the waters, Biden claims he is a Roman Catholic in good standing, even though he is pro-abortion. That doesn’t make sense either, but I digress.

As a man of God, Biden is surely familiar with Joshua 1:9: “Have I not commanded you? Be strong and courageous. Do not be frightened, and do not be dismayed, for the Lord your God is with you wherever you go.” Fear where there is no call for fear betrays a lack of both faith and reason.

There’s too much these days that doesn’t make sense. The confusion this causes can lead to the formation of conspiracy theories, a numbness to logic and unwarranted emotional outbreaks.

That might help to explain the masked woman driving alone in her car with the windows rolled up (or down, for that matter). It might explain the masked man jogging by himself in the woods. It might even explain why some people see wearing a mask alone outdoors as a political act in support of the government controlling their lives.

When the world no longer makes sense, many look to those in charge to make it make sense. They sacrifice rationality on the altar of power.

Whatever reason Biden may have had for wearing a mask while walking along an empty beach with his wife and dog, it has a trickle-down effect: fear.

Don’t fall into that abyss. Just say no and carry on with your life.