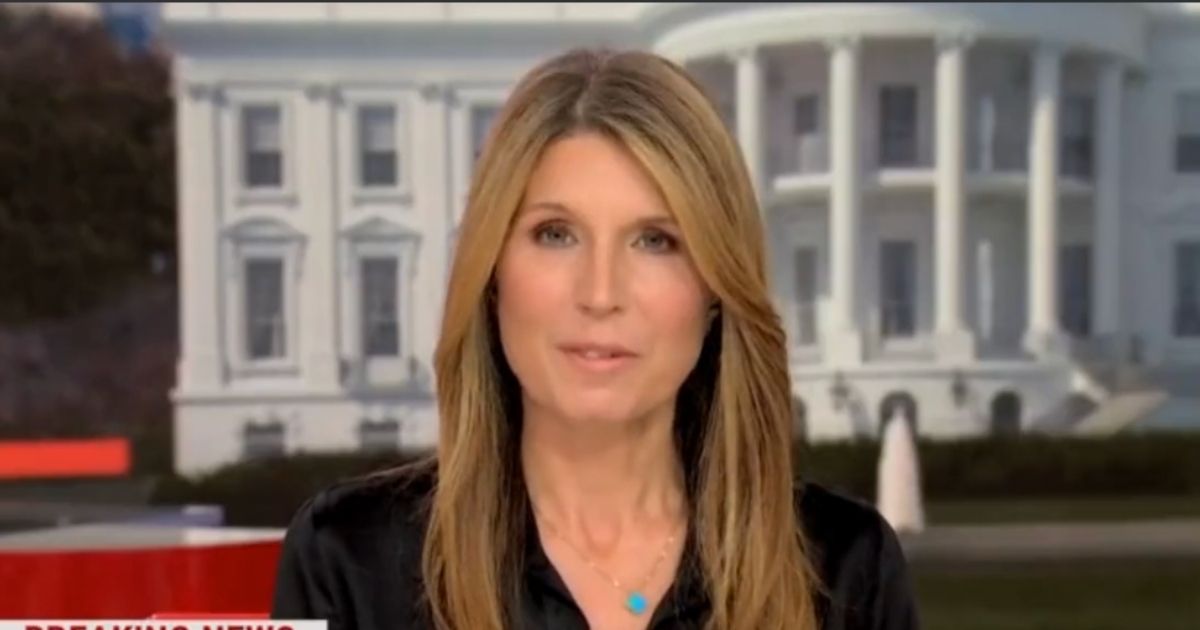 Does MSNBC anchor Nicole Wallace have no self-respect?

In the clip below, Wallace tells panelists, “I’m a Fauci groupie, I’m a thrice-vaccinated, mask adherent, I buy N-95 masks by the caseload, they’re in every pocket, I wear them everywhere except when I sit down. And I am certain that this is not a variant I can outrun.”

“I’m a Fauci groupie, I’m a thrice-vaccinated, mask adherent, I buy KN-95 masks by the caseload, they’re in every pocket, I wear them everywhere except when I sit down”

Benny Johnson is correct. Wallace’s absolute devotion to these six rules of pandemic protocol is cult-like.

1. Fauci follower
2. Thrice vaccinated
3. Mask adherent
4. Buys N-95 masks by the caseload
5. Masks in every pocket
6. Wear them everywhere except when I sit down

First, she is not ashamed to admit that she’s a Fauci groupie. She’s telling her audience that instead of performing her journalistic duty to act as a check against government corruption and to conduct unbiased and ethical reporting, she wears her unquestioning loyalty toward Dr. Anthony Fauci as a badge of honor.

Next, Wallace lets everyone know that, not only is she fully vaccinated, she is boosted. Got that?

That’s great Nicole, except for preliminary evidence from the University of Cambridge (and elsewhere) that the omicron variant appears to be very good at “evading vaccine-induced antibodies.”

Research from the Centers for Disease Control and Prevention supports this assessment.

On Dec. 10, the CDC reported that, of the first 43 confirmed cases of the omicron variant in the U.S., 34 individuals, or 79 percent, had been fully vaccinated, and some had even been boosted. Eight, or 19 percent, were unvaccinated, and one individual’s vaccination status was unknown.

So, a nearly 80 percent breakthrough rate is extremely high. It would be helpful to know if the eight unvaccinated had been previously infected and if the variant had broken through their natural immunity, or if they had neither natural nor vaccine immunity before becoming infected.

Wallace buys N-95 masks by the case, carries them in every pocket and wears a mask at all times except when she sits down. Masks have become the ultimate symbol of virtue signaling. We see single drivers, joggers and cyclists wearing masks. We’re told that we’re selfish if we enter a business without one.

Wasn’t the whole idea of the vaccines to be able to do away with masks?

Finally, Wallace laments that omicron is not a variant she can outrun.

She may be correct. One scientist referred to omicron’s transmissibility as super-exponential. Everyone agrees it is wildly contagious. But the research out of Cambridge supports the general belief that omicron is less likely to cause severe disease.

Two weeks ago, Democratic Sens. Elizabeth Warren of Massachusetts and Cory Booker of New Jersey, both of whom were boosted, tested positive for COVID, and both experienced mild symptoms.

Obviously, the study applies to Brits, but it can be roughly extrapolated to other similar populations. It was also conducted before the emergence of the omicron variant, and the previous strains were more serious.

Wallace, who is 49-years-old, has minuscule odds of dying from COVID and needs to stop using her platform to do the government’s bidding, which is to spread fear.

It’s even possible Wallace may have already had COVID.

Tucked away in a Wall Street Journal editorial, entitled “The Omicron Non-Emergency,” I came across a startling fact: “U.S. government survey data indicate 92 percent of adults had Covid antibodies as of September from vaccines or prior infection.”