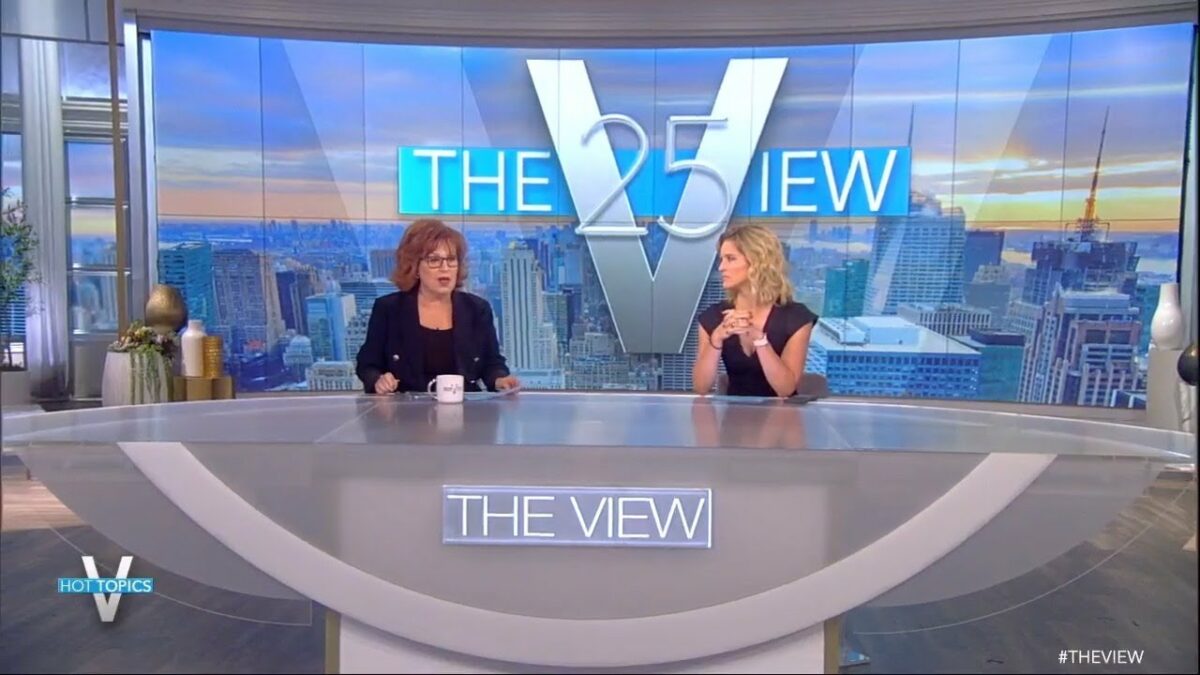 The following article, Fox News Personality Was Up for ‘The View’ Spot Until Her Vaccination Status Got in the Way: Report, was first published on Flag And Cross.

Since Meghan McCain left ABC’s “The View” this past summer, the show has been searching for someone to fill the co-host seat reserved for a conservative voice.

A new report from the Daily Beast said at least one candidate was turned away because she refused to become vaccinated against COVID-19.

Fox News contributor Lisa Marie Boothe was one of “dozens and dozens” of candidates ABC interviewed to fill the vacant position, the Daily Beast reported on Tuesday.

Despite talks with Boothe, ABC never offered her the opportunity to serve as a guest host on “The View.” Such an appearance has been used as a trial run for potential hires.

After ABC learned of Boothe’s vaccination status, the conversations became a “moot point” and a “non-starter” because of the network’s strict vaccination policies, an ABC source told the Daily Beast.

In an October appearance on Fox News, Boothe told fellow host Dan Bongino that she was unvaccinated and had no plans to change that, Mediaite reported.

“I, as a 36-year-old woman with no underlying conditions, have a 99.97 percent chance of survival against COVID,” she said at the time. “So I was on the fence because it didn’t make sense to get vaccinated for a virus that is not a threat to my life, nor one that I fear.

“But now, I’m doubling down as a giant middle finger to Joe Biden’s tyranny, because now it’s a fight for freedom.”

In addition, she wrote a November column for Newsweek titled  “Why I’m Not Vaccinated.”

In the article, she argued that since she had a very low chance of dying from COVID-19, she chose not to get vaccinated. She said she understood that choice could be different for an older person at a higher risk of death from the virus.

“There is a more than a thousand-fold difference in the risk of mortality between the old and young,” Boothe wrote. “The decision I am making as a healthy 36-year-old is different than the one Joe Biden should make as a 78-year-old.”

Like many conservatives, Boothe said her main issue was not with the vaccine itself, but rather the mandates being put in place.

“I reject mandates because I believe in freedom,” she wrote. “I am praying the rest of the country wakes up from this psychosis that has taken over.”

It is unclear whether ABC’s conversations with Boothe occurred after she made her position public.

McCain, the former conservative co-host, left “The View” in August.

Last month, former Fox News host Jedediah Bila made an appearance on an episode of “The View,” a show she co-hosted several years ago, according to a separate article from the Daily Beast.

Bila was forced to join the show via video call because she was unvaccinated, and she argued that vaccines were designed to lessen the severity of COVID-19 rather than prevent it.

“That is why masks were reinstated for people that are vaccinated,” she said. “They said transmission is going to be a thing for vaccinated and unvaccinated people.”

“You know what, Jed, 762,000 people have died from COVID, including [my] in-laws,” Hostin said. “We have been friends a long time … but I don’t understand why you would prioritize your personal freedom over the health and safety of others.”

According to the Daily Beast, the Walt Disney Co, which owns ABC, requires employees in the United States to be vaccinated against the coronavirus.

Continue reading: Fox News Personality Was Up for ‘The View’ Spot Until Her Vaccination Status Got in the Way: Report ...