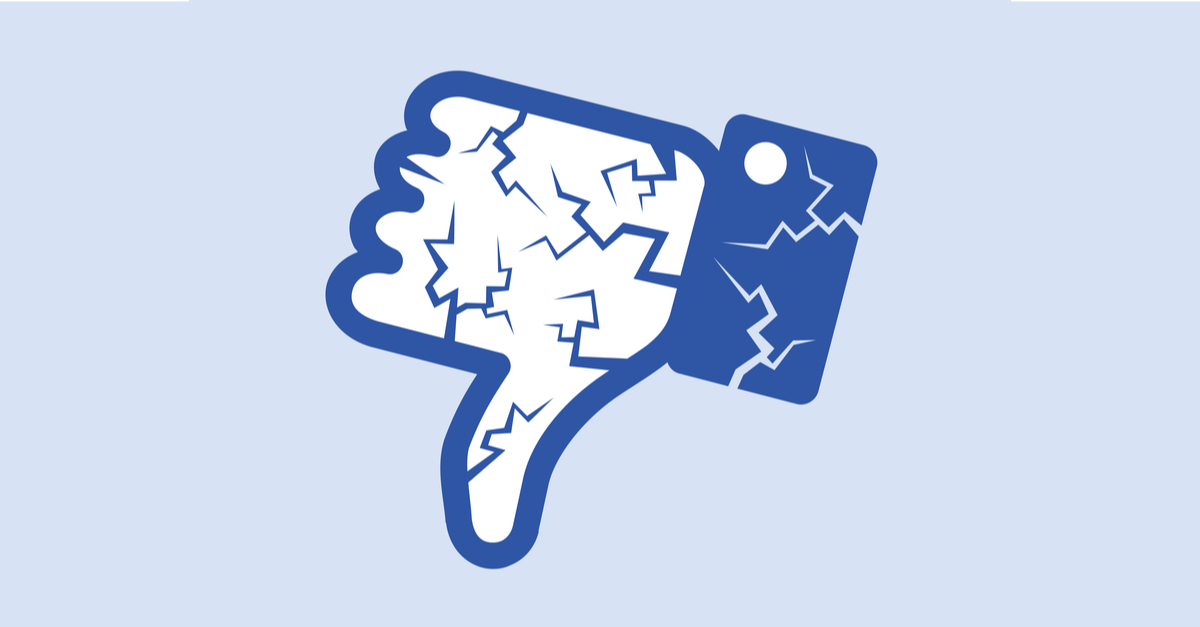 The following article, Alert: FB Is Punishing People Everywhere for Posting This 8-Word Thomas Paine Quote, was first published on Flag And Cross.

They love your data. They love 12-day intermittent kale fasts at Burning Man to purify their energy chakras (or whatever). They love creepy “metaverse” demos where Mark Zuckerberg tries to pretend to be a human while donning VR gear to enter a virtual world so useless and vapid you get the feeling neo-Luddite media theorist Neil Postman was greatly understating things when he warned we were “amusing ourselves to death.”

That’s really about it, though — and there’s not enough kale or VR headsets to keep the Silicon Valley crowd away from marginalizing conservative ideas. (We know that well here at The Western Journal, given Big Tech tries to starve us of ad revenue if we talk about controversial subjects. We’re not going to buckle, though — and you can help us bring America the truth by subscribing.)

Thus, we’re hardly surprised when we hear about someone getting temporarily banned from Facebook for reposting a Ben Shapiro meme. A Joe Rogan quote? Heck, I’m starting an office pool to see who can come closest to how long it takes Spotify to fire the podcaster for cause — so it’s little wonder that repeating his words will end with a stint in Facebook jail. A Tucker Carlson video won’t just get you in Facebook jail, it’ll land you in solitary.

Just so we’re clear, we’re talking about that Thomas Paine. The one who wrote “Common Sense,” the pamphlet that helped turn public opinion against the British in the run-up to the American Revolution.

He’s also not “problematic” in the post-reckoning sense, given that he didn’t own slaves and railed against the institution of slavery in his other tracts — and that wasn’t the only leftist cause he took up a pitchfork for.

For instance, he’s certainly not venerated among the religious right; here are some choice Paine quotes on the matter of faith:

“It is from the Bible that man has learned cruelty, rapine, and murder; for the belief of a cruel God makes a cruel man.” “One good schoolmaster is of more use than a hundred priests.” “I do not believe in the creed professed by the Jewish church, by the Roman church, by the Greek church, by the Turkish church, by the Protestant church, nor by any church that I know of. My own mind is my own church.”

If bumper stickers existed in the 18th century, Paine would have had a “Coexist” sticker on the left side of his horse-and-buggy and a “Focus on your own d*** family” sticker on the right.

Post any of Paine’s religious quotes to Instagram and you’re not going to find yourself in a whit of trouble, one imagines.

Colin Wright, managing editor of conservative-leaning publication Quillette, managed to find one Paine quote the censors weren’t going to let fly, however: “He who dares not offend cannot be honest.”

That eight-word quote went against Instagram’s community guidelines due to it being false information, Wright said in a tweet on Sunday evening.

He quickly found he wasn’t alone:

Instagram is owned by Facebook — or Meta, if we must use the Borg-like conglomerate’s hideously bland corporate rebranding — so it’s unsurprising the same poor judgment applied across both platforms.

The Western Journal has reached out to Facebook for comment but has not yet received a response.

Former model and Bitcoin hype-woman Jessica Vaugn claimed that Wright was “just getting reported by people that don’t like your message” and pointed to the possibility of a dystopian future “in the metaverse when they can utterly demand a monoculture or remove us from the economy and social structure entirely.”

You’re just getting reported by people that don’t like your message. If this is how biased big tech is now, imagine in the metaverse when they can utterly demand a monoculture or remove us from the economy and social structure entirely. Dystopian nightmare, anyone?

That explanation would be bad enough, but it doesn’t account for why random individuals without significant followings — people who wouldn’t get reported en masse by a digital mob — ran into the same problem:

If and when this gets addressed, you can bet what the excuse will be: that darn algorithm ran amok. The engineers went home for the Christmas break and the algorithm got into the eggnog and — well, look what happened. I know, it’s weird that it always seems to happen to conservatives, amirite? Just some sort of statistical fluke, I guess. Carry on!

George Orwell gets trotted out too promiscuously in our political discourse, especially in regards to “Nineteen Eighty-Four.” However, the censors at Instagram and Facebook have provided a too-perfect object lesson in doublethink — the process by which people can be conditioned to hold absolutely contradictory beliefs with no cognitive dissonance involved.

In this case, human censors or an algorithm they designed decided users must be protected from the truism that “He who dares not offend cannot be honest.” Meanwhile, they’re being protected from said truism on a platform designed to encourage what passes as radical honesty but that is really just oversharing.

Instagram exists to enable a specific kind of self-broadcasting. To participate properly, you’re encouraged to share the intimate details of your everyday life via photographs, livestreams and captions with plenty of woke hashtags — because everyone’s a potential superstar, after all.

Nothing is off limits. Shout your abortion! Shout your support for [insert community here]! Share your sex life with the world! Be an ally! Remind everyone that Black. Lives. Matter!

Share your honest opinion … which is exactly the same as everyone else’s. Show how liberated you are from the forces of hidebound superstition, the same way every other sex-positive nonbinary polyamorist on the platform does. You’re fighting against a wave of oppression that’s holding you back! If only you could find it.

Just don’t say that he who dares not offend cannot be honest. That’s false information.

You can be as honest as you like on Instagram, they’re saying, just so long as it’s the same kind of meretricious, inoffensive honesty the rest of the mindless horde is peddling.