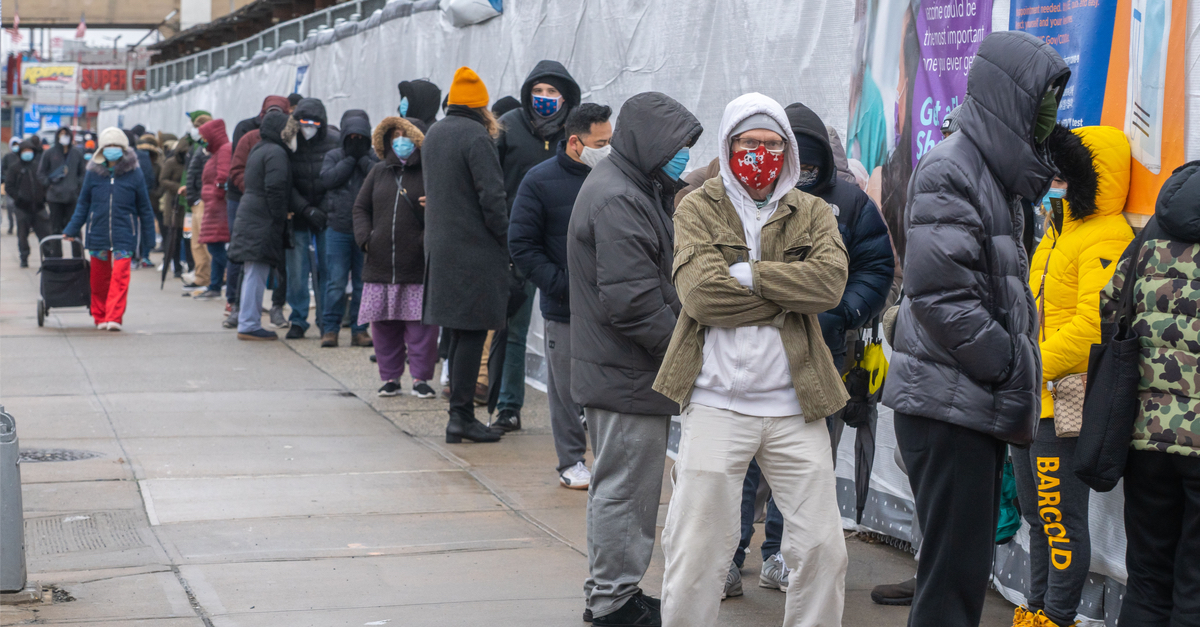 The following article, US COVID Testing Failures Abound as Biden Frolics on Beach with Puppy, was first published on Flag And Cross.

The Biden administration is simply not working out.  It’s time to admit that, emphatically and wholeheartedly.

Joe Biden, who never appeared to actually want to be President in the first place, is attending to the duties of the job exactly as one would expect given that obvious sentiment.  Now, as the coronavirus crisis surges back into our lives in a major way, the Commander in Chief has wrung his hands of it all, telling a group of state governors earlier this week that the solution to the pandemic no longer lies within the scope of the federal government.

Then, just hours later, he invited the press to photograph him playing with his new puppy on a beach in Delaware.

The omicron variant of the coronavirus is spreading across the nation and leaving frustrated Americans sitting in long lines at testing sites that often wrap around multiple blocks.

“Oh my God. It’s just overwhelming,” Sheryl Malone of Ohio told WKSU of the long waits to get tested this holiday season.

Malone is far from alone. Videos and reports from states across the country show long lines at testing sites and at-home test kit pickup sites, which have left some Americans waiting hours.

“A woman yesterday offered me $50 right at the end of this road just to turn in front of me and cut off 100 cars, probably because she had to go to work,” Bryan Tucker told WRAL.com of a testing site in Raleigh, North Carolina. Tucker said he waited in line for nearly two hours with his sick mom and three-year-old son.

Cars wrapped around several blocks in Leesburg, Virginia, while people waited at a drive-thru testing site on Tuesday. People reported waiting three hours to get a test on Sunday in Virginia Beach, some testing sites in the Denver area reached capacity on Sunday, and organizers of a testing site in Philadelphia had to turn people away because the line was so long on Tuesday.

With Biden’s approval polling sinking further underwater by the hour, this sort of flippant nonchalance regarding our nation’s number one crisis could all but seal Biden’s 2024 fate.

C’mon man! Quid Pro Joe is wearing his mask while outside. Look, it’s a control thing.