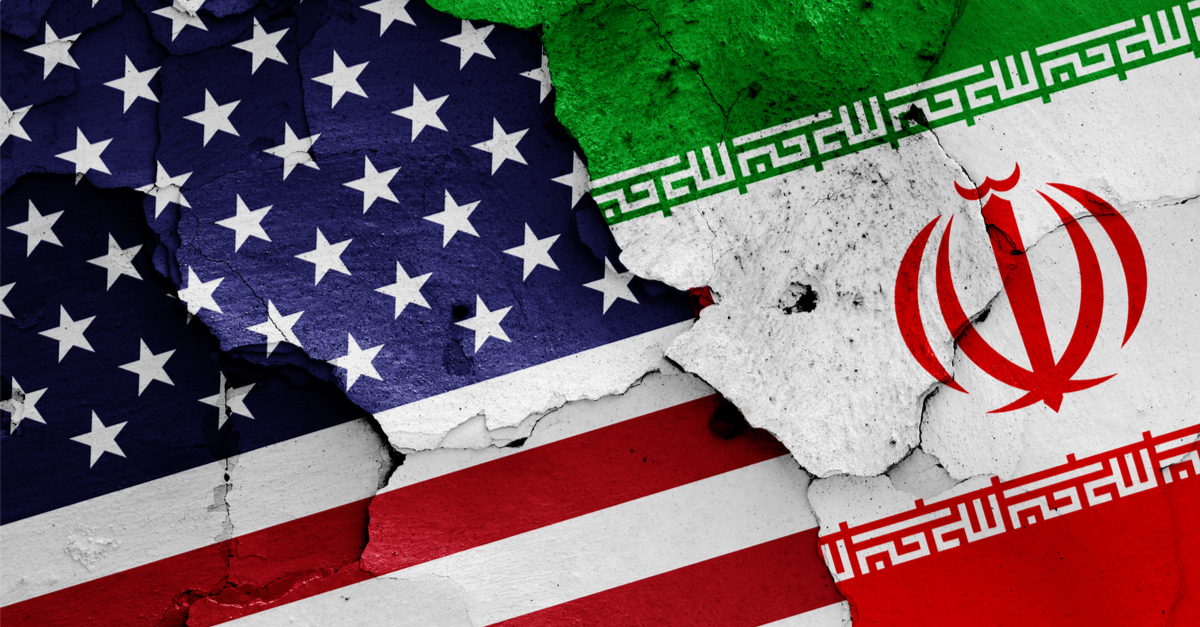 The following article, Iran Circles Biden Admin Like Vulture, Expects Biden to Cave Over Nuclear Talks, was first published on Flag And Cross.

When it comes to geopolitical strife, it’s either a very good or a very bad thing when we collectively forget about the Iranian regime. In this case, it’s a very bad thing.

Tehran continues to violate its 2015 nuclear deal as it wages bloody proxy wars in Lebanon, Syria and Yemen, among other nations. And yet, amid the fall of Afghanistan, China’s designs on Taiwan and Russia’s preparations to subsume Ukraine, it feels like we almost forgot about the Iranian regime and President Joe Biden’s pathetic attempts to rejoin the nuclear treaty alliance, which former President Donald Trump withdrew from in 2018, at all costs. (And the costs will be steep, as we’ve pointed out here at The Western Journal. The media, meanwhile, don’t want to acknowledge just what rejoining the nuclear deal will entail. We’ll continue bringing readers the truth — and you can help us by subscribing.)

One of the reasons the costs will be so steep is that Iran’s hardliners took control in elections earlier this year. They’ve made it clear that the removal of all international sanctions against Tehran — including those unrelated to the nuclear program — is a starting point for any negotiations which would restrict the country’s nuclear program. Furthermore, the Iranians refused to meet in the same room as the Americans during the indirect negotiations, an obvious slight designed to make it look as if Iran was in control.

As talks continue in Vienna this week, it’s clear the Iranian contingent doesn’t just look like it’s in control any more.

According to a Tuesday Washington Examiner report, Iranian officials described the talks as the “presumably final round” of negotiations and said they fully expected sanctions relief.

“The most important thing for us is that under these words and issues, we must reach a point where, first, Iranian oil can be sold easily and without any restrictions, and oil money can be deposited in foreign currency in Iranian bank accounts,” Iranian Foreign Minister Hossein Amir-Abdollahian said, according to Iranian state media.

“And we take full advantage of the economic benefits envisaged in the JCPOA,” he added — referring to the official name of the Iran nuclear deal, the Joint Comprehensive Plan of Action.

Amir-Abdollahian said “a common and acceptable document on the negotiating table” would provide the framework for the talks. Even though full sanctions relief is conditional upon the United States rejoining the deal, the American contingent won’t be in the room in Vienna. Instead, the other signatories will be hashing it out — China, the European Union, France, Germany, Russia and the United Kingdom.

“Iranian officials portray the the three European powers as a ‘bad cop,’ while China has supported Iran’s negotiating position throughout the talks,” the Examiner’s Joel Gehrke reported.

On that last count, no kidding. Here’s Chinese Foreign Ministry spokesman Zhao Lijian last week: “As the culprit of the Iranian nuclear crisis, the U.S. should overhaul its erroneous policy of ‘maximum pressure’ on Iran and lift all illegal sanctions on Iran and ‘long-arm jurisdiction’ on third parties,” he said. “On this basis, Iran should resume full compliance.”

Except Iran doesn’t feel the need to make any concessions, according to reports. Reuters’ Francois Murphy said “scant progress” had been made on the nuclear compliance end of the equation — mostly because Tehran wants all sanctions lifted before any movement happens. This is the eighth round of talks, after all, and the world is no closer to reigning in Iran’s nuclear program.

The last time around, Iranian hardline President Ebrahim Raisi added new demands that caused the Western signatories to walk away from the table. The West’s line is that time is running out to salvage the JCPOA, with one source saying Iran had “weeks not months” before the deal finally crumbles.

“Yes, [time] is getting very, very, very short,” he told reporters last week, according to the Examiner. “And being able to recover the benefits — the full benefits of the JCPOA by returning to compliance with it is getting increasingly problematic by the advances that Iran makes every single day in its nuclear program.”

And, of course, Blinken is putting the onus for this mess directly where it belongs: with the government in Teh– oh, wait, no. He’s pinning it on the Trump administration.

“We are where we are because of what I consider to be one of the worst decisions made in American foreign policy in the last decade, and that was getting out of the Iran nuclear agreement, the JCPOA — an agreement that had put Iran’s nuclear program in a box,” Blinken said.

“We continue to have a strong interest in seeing if we can put the nuclear program back into the box that it was in. But if we can’t do that because Iran will not engage in good faith, then we are actively looking at alternatives and options.”

There’s so many things wrong with that statement, but one red flag waves higher than the others. It’s not just that the groveling the Biden administration is currently engaged in to get back into the JCPOA is pitiful even by the standards of geopolitical groveling. It’s that the pitiful groveling is meant to save a deal that should have never been signed in the first place.

For all the talk of saving the plan, the lay person would think the JCPOA aimed to dismantle Iran’s nuclear program. The agreement former President Barack Obama and other world leaders struck with Iran did nothing of the sort. Instead, it pressed the pause button on it, keeping the infrastructure intact but limiting the amount of enriched uranium the Iranians could stockpile.

Even then, the game didn’t stay paused indefinitely. From the Council on Foreign Relations: “Many of the JCPOA’s restrictions on Iran’s nuclear program have expiration dates. For example, after ten years (from January 2016), centrifuge restrictions will be lifted, and after fifteen years, so too will limits on the amount of low-enriched uranium Iran can possess.”

And this just had to deal with nuclear weapons. Once sanctions were lifted, Iran was free to use the monetary windfall to rearm conventionally — and to fund and arm the Houthi rebels in Yemen and Hezbollah in Lebanon. Given the deal’s multifarious flaws, the Trump administration made the wise move to withdraw from the agreement and reimpose sanctions on Tehran.

Now, with the United States under new management, Iran is confident it can get sanctions lifted without doing a thing to return to a terminally flawed nuclear deal. The vultures, as always, know when to circle the weak.