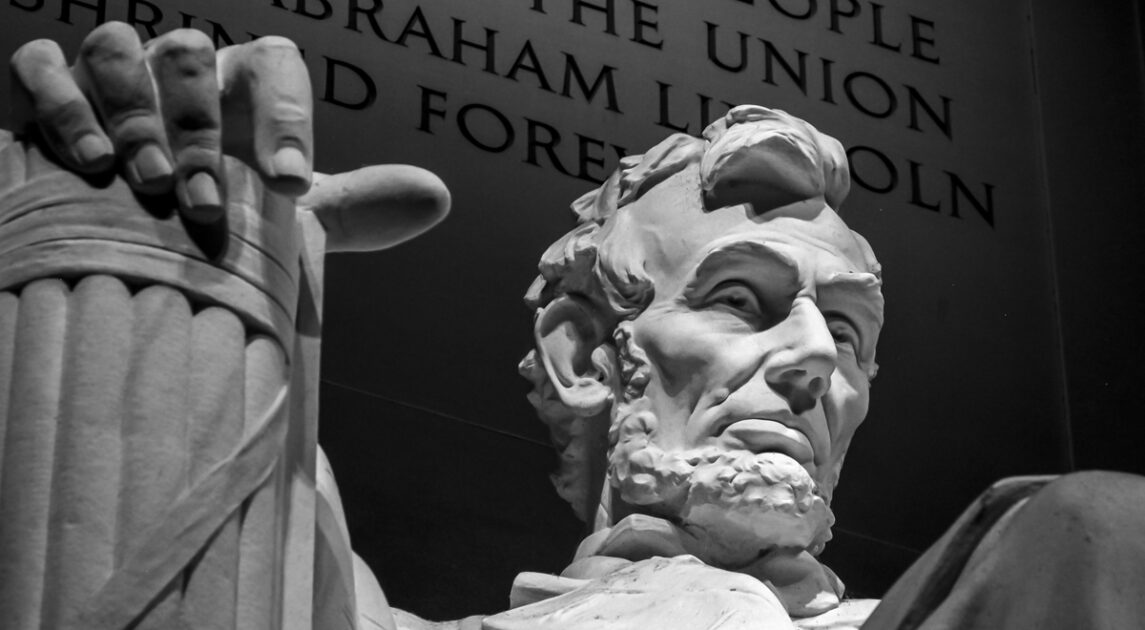 The following article, Environmentalists’ Scary Pictures Backfire as People Say They Like What They See, was first published on Flag And Cross.

Now that Democratic fearmongering policies have failed to stem the pandemic as promised and have instead resulted in more COVID-19 deaths under President Joe Biden than under former President Donald Trump, the left is amping up its climate alarmism — only to be lampooned for its frivolous propaganda.

The hilarity erupted Sunday on Twitter after the left-wing blog DCist ominously warned, “This is what D.C. will look like if the world continues on its current trajectory of greenhouse gas emissions.”

To stoke climate hysteria, the website attached a hypothetical reimagining of a majestic Lincoln Memorial surrounded by water.

This is what D.C. will look like if the world continues on its current trajectory of greenhouse gas emissions. https://t.co/tFInyS9ZFi pic.twitter.com/e6HLj9haCf

Essentially, DCist — citing research from the nonprofit group Climate Central — suggested that “global warming” would cause ocean levels to rise at alarming rates if left unchecked.

“These images represent predictions of the longterm sea-level rise that will eventually result, if the globe warms 3 degrees,” the article said.

Of course, the irony is that many Americans would be thrilled if the D.C. swamp were engulfed by water.

Moreover, the liberal cesspool actually looks better in the “after” image.

The article conceded that the hypothetical effect of global warming “could take centuries” and there’s nothing we can do to mitigate its supposed future impact.

“This rising of the oceans could take centuries, even after carbon emissions stop, as glaciers and ice sheets melt,” DCist said. “Even if global carbon emissions were to magically end tomorrow, the oceans would still rise several feet due to the greenhouse gasses already in the atmosphere.”

Basically, DCist fomented panic over a hypothetical scenario that it says cannot be stopped no matter what we do.

So what’s the point of breathlessly stoking terror and hysteria? There is no point, and that sums up the left’s propaganda war in a nutshell.

But the fearmongering grift is up, as evidenced by how brutally mocked DCist was when its propaganda backfired in epic fashion.

Numerous Twitter users said they loved the imagined transformation and can’t wait for it to happen.

so you’re saying I’ll have waterfront property and should buy https://t.co/THpgxNpAyJ

Is there any way to speed this up? https://t.co/cjHOV9Y0gm

Looks remarkably clean with lots of trees to me. Imagine the fishing opportunities.#LookOnTheBrightSide https://t.co/J3VrLTP9Mr

Democrats and their media lapdogs have been rabidly hyping the bogus narrative that climate change is an imminent existential threat to mankind in a cynical move to push left-wing agendas.

That’s the assessment of physicist Steven Koonin, who said climate alarmists have flippantly weaponized this sham talking point to enrich and empower themselves.

“It’s a fiction of the media and the politicians who like to promote that notion,” Koonin said in June on Fox Nation’s “Tucker Carlson Today.”

Koonin is not right-wing; he served as the undersecretary for science in former President Barack Obama’s Department of Energy.

The theoretical physicist and engineering professor is currently the director of the Center for Urban Science and Progress at New York University.

Despite the nonstop environmental hysteria spewed by Democrats, Koonin said “human influences” are not responsible for natural disasters such as hurricanes and intermittent heat waves, which he said are just as common today as they were in 1900.

“The warmest temperatures have not gone up in the last 60 years,” he said.

Vincente-Serrrano et al 2020
“Our study stresses that from the long-term (1851–2018) perspective there are no generally consistent trends in droughts across Western Europe.”https://t.co/k0adKj3DN3 pic.twitter.com/kLtNgcQpSM

Koonin scoffed at Biden administration officials such as Transportation Secretary Pete Buttigieg and jet-setting climate czar John Kerry, saying they mindlessly parrot the term “existential threat” when discussing the climate even though they have no idea what they’re talking about.

“I don’t think the science says what … Secretary Pete thinks it says,” he said. “In fact, I can guarantee you he’s never read the science.”

Koonin continued: “Fact, I can guarantee you that Sen. [Bernie] Sanders, President [Joe] Biden, Ambassador Kerry, [Energy] Secretary [Jennifer] Granholm have never read the science — because you need to be a scientist in order to do that. And in fact, when you read it, there’s very little in terms of extreme weather that has changed over the last many decades.”

The physicist also slammed the scientific community for not pushing back at clueless politicians and media figures who are promoting climate alarmism.

Allowing these lies to metastasize in the public consciousness causes unnecessary panic and undermines the credibility of legitimate environmental scientists who don’t endorse this mass hysteria.

“It is a failure of the scientific community not to stand up and say, ‘Guys, you know, you have overegged the custard. You really need to be much more circumspect in how you talk about this,’” Koonin said.

Environmental expert Patrick Moore, the co-founder of Greenpeace, echoed these sentiments when he said there is “zero evidence” that we’re in the midst of a climate emergency.

“Almost everywhere you look, climate change is having only small, and often benign, impacts. The impact of extreme weather events ― hurricanes, tornadoes, floods and droughts ― are, if anything, declining.” https://t.co/YitpkwawKK pic.twitter.com/P6Wq9ICXh0

Moore also torpedoed climate alarmism as pseudoscientific propaganda whose goal is to redistribute wealth and usher in a new world order.

“It is clear that the highly exaggerated claims … are not so much out of concern for endangered species as they are a front for a radical political, social and economic ‘transformation’ of our entire civilization,” Moore said during a 2019 congressional hearing.

There’s consensus within the scientific community that human activity has contributed to climate change.

But what’s undetermined is the degree to which human actions accelerated it and whether “climate change” is an existential threat. And if so, is there anything realistically that we can do to prevent it?

“Most scientists do not believe human greenhouse gas emissions are a proven threat to the environment or to human well-being, despite a barrage of propaganda insisting otherwise coming from the environmental movement and echoed by its sycophants in the mainstream media,” said the Heartland Institute, a public policy think tank.

For reference, Earth has undergone five significant ice ages, according to History.com.

In 2019, the nonprofit Competitive Enterprise Institute published a 38-page report detailing the countless false predictions made by Democrats and climate alarmists over the past 50 years.

“Modern doomsayers have been predicting climate and environmental disaster since the 1960s,” the report said. “They continue to do so today. None of the apocalyptic predictions with due dates as of today have come true.”

The conclusion of the five decades of failed apocalyptic predictions was that the false prophets constantly howling about imminent existential threats were doing so to push partisan political agendas.

Just as they did with the race card, Democrats have weaponized “climate change” to stoke panic in order to push socialist policies that have little to do with the environment and everything to do with raising your taxes and taking money from one group to give to another.

Continue reading: Environmentalists’ Scary Pictures Backfire as People Say They Like What They See ...