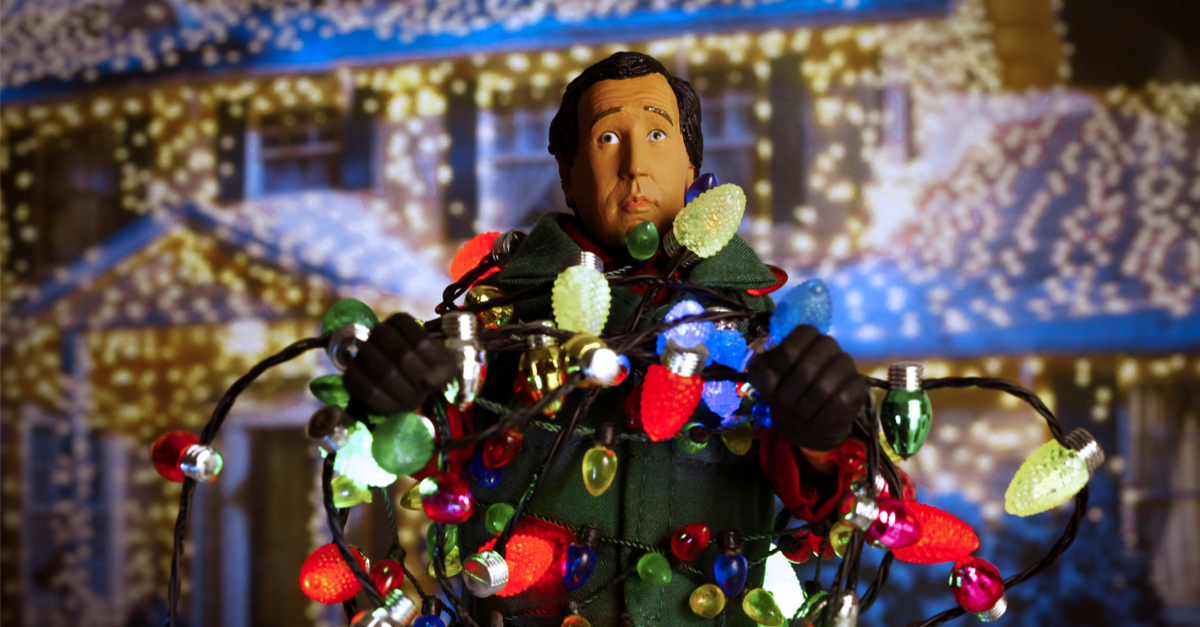 Have you noticed the death of the great Christmas movie? Jon Favreau’s Elf is probably the last major Christmas movie Hollywood made that was built to spread joy and cheer. Will Farrell’s “Buddy” character captured the wild-eyed wonder, along with some of the lighthearted absurdity, of the holiday season in a film that makes us laugh and cry. That was in 2003. Has anything since reached critical mass? Has anything else been put into the Christmas rotation? Fan favorite Love Actually came out around the same time.

Now? We get Seth Rogen cynically trashing Christmas and then calling anyone who criticizes him a racist. If you’re getting the sense that Hollywood hates Christmas and anyone who celebrates it, you may be onto something. It wasn’t always this way. Not too long ago, from Danny Kaye to Kevin McCallister, before Elf, the Christmas movie was a major part of Hollywood’s annual offerings.

Chevy Chase helmed National Lampoon’s Christmas Vacation (1989) in a film Hollywood would not make today. Like most Christmas films, Vacation had a stellar cast that includes Beverly D’Angelo, Juliette Lewis, Johnny Galecki, Julia Louis-Dreyfuss, Diane Ladd, Brian Doyle-Murray, Doris Roberts, Randy Quaid…so many huge talents. But what do they all have in common?

No one cared at the time Christmas Vacation ruled the box office. Everyone across the country saw it and loved its universal comedy and story. Well, regular people loved it. It has an 86% positive rating on Rotten Tomatoes, but just 67% from critics. The media disconnect is real.

Now Hollywood literally forbids having a cast that isn’t shoehorned to “look like America,” even though the country is still about 76% white. If a film doesn’t bow to racial quotas it won’t get any love come awards season, no matter how great the performances are, no matter how great the story is. None of that matters to Hollywood as much as whether diversity and equity are clearly and visibly on display.

There’s nothing wrong with having a diverse cast when the story calls for it. Many films and stories do need a mix of people from various backgrounds, such as the Jon Favreau-helmed Mandalorian series. But it’s not forced (see what I did there?), it’s natural. So it works.

Christmas Vacation shows us something Hollywood won’t show in a major film now: an intact family. Granted, the Griswolds are chaotic. But they’re together. Clark works hard as the family patriarch and protector. Ellen is his long-suffering wife who stands by him no matter how many times he launches the car into a snowbank, sets something on fire, or falls off the roof. The two kids tend to mock Dad but they also love him. And the kids aren’t obviously smarter than their parents. They have their flaws too.

Chase’s Clark is also an unquestionably straight man who reacts to beautiful women, including his wife. In the original Vacation he’s gobsmacked by the stunning Christie Brinkley. Who wasn’t? In Christmas Vacation it’s the lovely young woman in red, Mary (Nicolette Scorsese), at the shopping mall who catches his eye. Men and women are wired to notice each other. That’s science. Trust the science.

Clark is a goofball in a Chicago Bears hat, but he’s good-hearted. He provides the family with a very nice home and all the latest stuff they want. He’ll do anything to get his family together in the car (or plane) to take them on adventures together. He brings a special lubricant home from work to make the sled rocket down the hill. He’ll show off and suffer visits from the extended family to make Christmas – not “the holidays,” but Christmas – special. What’s his plan for the Christmas bonus? Buy himself a flashy car? No, he wants to buy a swimming pool for the kids. The bonus sets up one of the most memorable strings of insults in cinematic history. And then to a latter-day Christmas miracle.

Despite the mockery from pretty much everyone around him, and despite his own tendency to bumble his way into disaster, Clark is never cynical or riddled with middle-aged angst. He’s a happy doofus who’s just trying to be a good, if often dangerous (but never outright villainous, even when wielding a chainsaw), dad. But he’s also a white, male patriarch.

The Griswolds make a plausible family too. Not because they’re all white, but because they don’t seem forced together to make a skin color counter happy. Ellen is a beautiful blonde, and so is Griswold’s daughter Audrey. Clark is tall, dark, and clumsy, and son Russ looks like he’s cut from the same cloth. The Griswolds work as a unit, despite the fact that Clark’s schemes don’t.

“I dedicate this house to the Griswold family Christmas,” Clark proudly says as his family gives him a hilarious drumroll. Then when he ostentatiously plugs in the power, nothing happens, and when Grandma mocks him, it’s cynical teenage daughter Audrey who defends him the most. Because they’re a family, and that means something.

What would Hollywood do with Clark nowadays? He wouldn’t stammer “It’s a bit nipply out!” to Mary without him and writer John Hughes getting hauled off for Maoist #MeToo struggle sessions. College kids would call him a creep, storm out, and demand that the film never be allowed on campus ever again. Antifa would dig up the late Hughes so they could knock him over. CNN would have Jeffrey Toobin on set while one of its so-called news anchors inveighed against the film’s “tone” and finds a way to blame Trump.

Hollywood doesn’t make happy, cheerful Christmas movies because it sees nothing to celebrate – not the holiday, not the culture, certainly not the family. It makes cynical, bitter films that mock faith and family – see Seth Rogen’s dud, for instance.

Clark Griswold was the king of the white male Christmas movie patriarchy, in the tradition of Elf, Miracle on 34th Street, and It’s a Wonderful Life. We’ll never see him again. Enjoy Christmas Vacation while you can, because it’s going down the memory hole all too soon.

A.J. Rice is author of the book, The Woking Dead: How Society’s Vogue Virus Destroys Our Culture. He serves as CEO of Publius PR, a premier communications firm in Washington D.C.

This movie was made back when we still had a country. We are now living in the new and improved, “fundamentally transformed” America that voters wanted so badly they re-elected it.