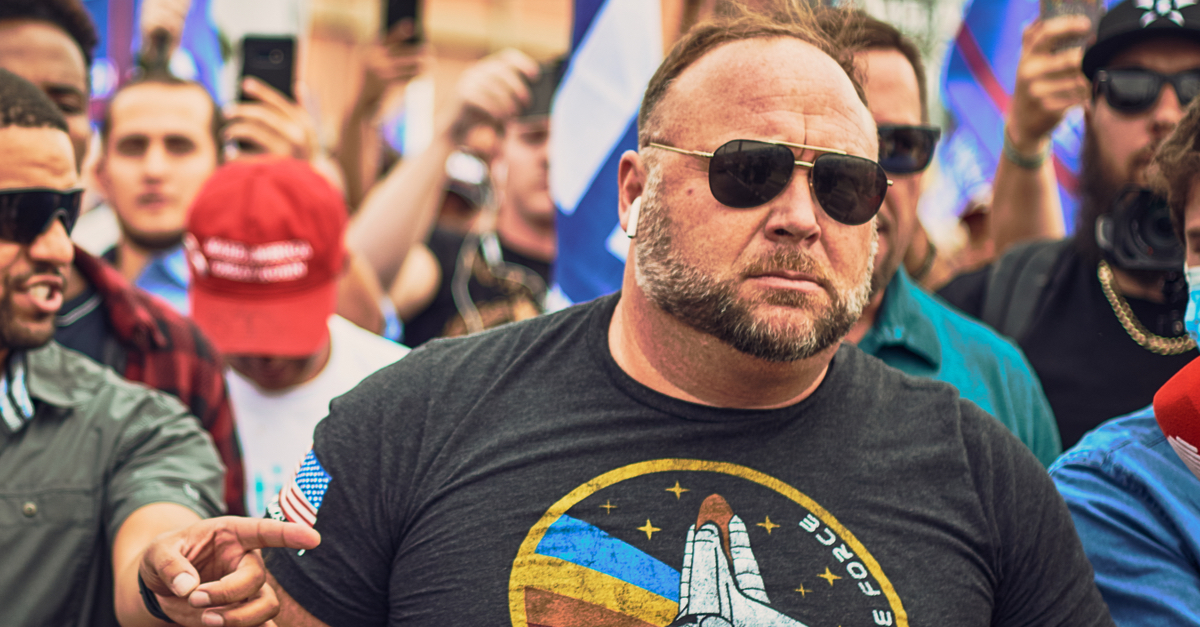 If Alex Jones was a cat, he’d be down to life number 8 right about now.

The longtime host and creator of the Infowars network has been on one hellacious losing streak of late, as he faces crisis after crisis in his personal and professional life.  He’s on the hook for damages in a defamation suit from the parents of Sandy Hook Elementary School children, his wife was arrested on a domestic incident charge, and he’s been forced to plead the fifth in front of the January 6th committee.

Then, to top it off, Donald Trump has turned out to be a rather large proponent of the COVID-19 vaccine, which throws a major wrench into Jones’ political gears as he courts both the MAGA and anti-vaccine crowds in consistently emphatic ways.

Jones, perhaps suffering from the stress of his compounding crises, is now threatening the former President over this pro-inoculation stance.

“Yeah, we all wish Trump would do the right thing,” Jones said on his Wednesday afternoon InfoWars program, before urging his listeners to “move on” from Trump due to his glowing endorsement of the vaccine.

“In fact, maybe—you know what—to get Trump’s attention,” he continued, “maybe I should just dish all the dirt—you know what, you know what—I am going to dish it all on Trump next hour.”

Then, in what appeared an attempt to get Trump’s attention…

Jones added: “It’s not to hurt Trump, it’s so people can know how pathetic he is when you think he is playing 4D chess, going to save you and he’s not!”

The idea that Jones would turn on Trump so easily, especially after Trump’s views on the vaccine have been long understood, feels like the sort of desperate character arc that some jaded television writer would employ during the dying stages of an unpopular basic cable drama.

But, if it gets the attention off of Jones’ more personal issues, it may just buy him some time.