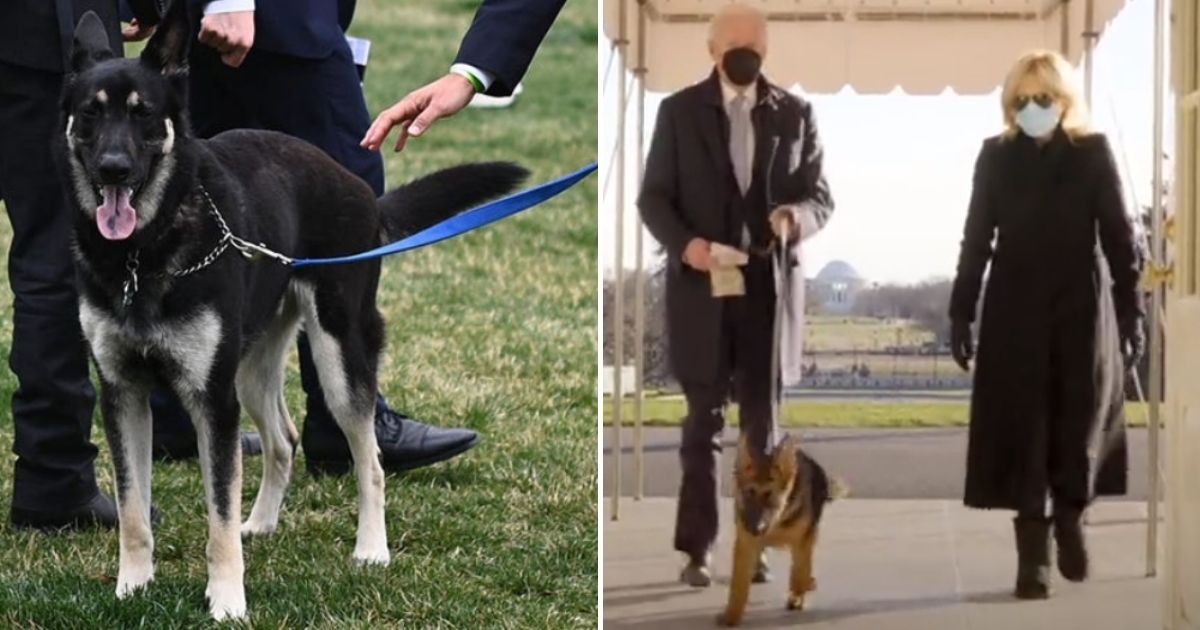 The following article, Biden Kicks Rescue Dog to Curb, Brings in a Newer Model, was first published on Flag And Cross.

In Joe Biden’s America, giving a rescue dog a forever home doesn’t mean what it used to.

On the grounds that being seen with a puppy can help anyone’s image, the White House on Monday rolled out footage of President Joe Biden with a purebred 3-month-old German shepherd named Commander.

But amid the media hoopla over the replacement for the Bidens’ dog Champ, who died in June at the age of 13, came the revelation that Major – a rescue dog who had been part of the Biden household since 2018 – has been forever banished, according to The New York Times.

Major, who is three years old, was a rescue dog who was adopted by the Bidens in 2018 from the Delaware Humane Association.

Last year, he made headlines as the first shelter dog ever to live in the White House, according to The New York Times.

Patrick Carroll, the executive director of the Delaware Humane Association, said that Major “shows the real possibilities for what could happen for all the great dogs who need homes out there.”

Major had been involved in some biting incidents after the Bidens moved into the White House.

At first, the explanation was that he was going for some help with an adjustment to living in the presidential mansion.

Michael LaRosa, first lady Jill Biden’s spokesman, said at the time Major was getting “some additional training to help him adjust to life in the White House.”

LaRosa now admits that training was a one-way ticket out of the Bidens’ lives.

In keeping with the theme of the Biden White House, he said outside experts did all the deciding.

“After consulting with dog trainers, animal behaviorists and veterinarians, the first family has decided to follow the experts’ collective recommendation that it would be safest for Major to live in a quieter environment with family friends,” LaRosa said in a statement.

“This is not in reaction to any new or specific incident, but rather a decision reached after several months of deliberation as a family and discussions with experts,” he said.

Some said the Bidens did the wrong thing by sending a rescue dog away.

Any man abandoning his dog is an absolute disgrace…but to ditch a dog like Major who clearly needs support and affection is just morally abominable. Yet another Major left at Kabul by Biden it seems … pic.twitter.com/cTsdhR4Q19

Biden put out this video of his new puppy as a smoke screen because they just got rid of their other German Shepherd that they didn’t train and therefore didn’t trust. I can’t even tell you how irresponsible this is.

If you don’t have time to raise a dog right you shouldn’t be raising more dogs!!!https://t.co/dqKHF4YsJP

At the time of the dog’s adoption, the Bidens released a statement that said,  “We are so happy to welcome Major to the Biden family, and we are grateful to the Delaware Humane Association for their work in finding forever homes for Major and countless other animals,” according to TheBark.