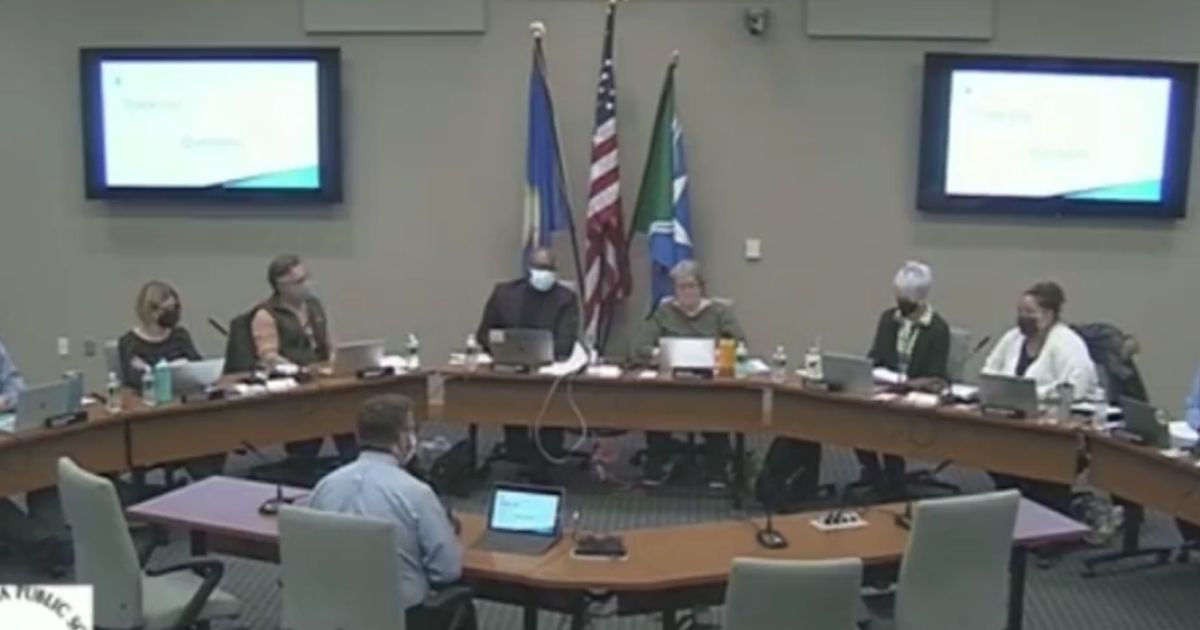 The following article, School Board Unanimously Approves Plan to Pay Non-White Teachers More, was first published on Flag And Cross.

If you feel like you live in an alternative universe where reductionism replaces logic and superficiality trumps character, here’s more evidence that you may be right. We might just be living in a racist version of The Twilight Zone.

The Mankato School Board in Minnesota voted unanimously to pay non-white teachers “additional stipends” based only on the color of their skin, according to BizPac Review. If you happen to be born black or Native American and teach for the school district, you ostensibly deserve to be paid more than your peers.

You don’t have to earn the raise for going the extra mile to help students or for actually doing anything at all. The pay raise is based upon the accident of skin color and nothing else. Forget the fact that nobody gets to determine the color of skin they’re born with.

The chair of the board, Jodi Sapp, is no stranger to controversy. She raised eyebrows when she required parents to give their name and address before commenting on school matters, The Daily Wire reported.

In this latest move, Sapp led the charge to amend district policy so that only non-white teachers are eligible for additional stipends to become mentors to other non-white colleagues.

Whites need not apply. If this isn’t racist, what is?

Not everyone was happy with the vote. Republican state Rep. Jeremy Munson criticized the policy, saying, “Our largest local school district just voted to pay people differently, not on merit, or by the content of their character, but based solely on the color of their skin.”

“This is allowed and encouraged under a revision to Minnesota state Statute 122A.70,” Munson continued. “Mankato Area Public Schools Policy number 466 provides pay for black and native American school staff above which is paid to white employees.”

School board votes unanimously on a policy that would pay non-white teachers more and place them in work environments based on their race (segregation).
Here a member defends the decision. Unreal pic.twitter.com/zMMY5oytEZ

Vice-chair Kenneth Reid joined Roberts in defending the vote by claiming that, “It creates global citizens at the end of the day.”

Speech from another board member right before they all voted yes to adopt this policy. pic.twitter.com/OGDAPr4T6B

Aha! Now it begins to make sense. It’s not The Twilight Zone unless a neo-Marxist move to strip U.S. citizens of the individual human dignity guaranteed by the Constitution can only happen in an alternative universe. In the neo-Marxist world, there are no individuals. Each person is put in a group based on something outside of their control.

Maybe it’s becoming more like The Outer Limits where the audience must relinquish control of the television screen.

Is this a world you would choose to live in? Neo-Marxists are doing everything in their power to strip the individual of the power to choose.

You can’t choose what skin color you are born with, who your parents happen to be or whether you are born rich or poor. But, in America, you are born with the freedom to choose how, as an individual, you will navigate your God-given life. In America, no two lives are the same. Even identical twins experience the world uniquely. Each individual is one of a kind.

I wonder what Martin Luther King, Jr., the gold standard in race relations and the American Dream, would say. Bearing in mind MLK’s signature quote, “I have a dream that my four little children will one day live in a nation where they will not be judged by the color of their skin, but by the content of their character,” it’s safe to say he would call it what it is: racist.

MLK’s vision of America is one of a work-in-progress. We’re not there yet, but we’re on the way. The radical left seeks to undermine King’s legacy with policies that are anti-American and blatantly racist.