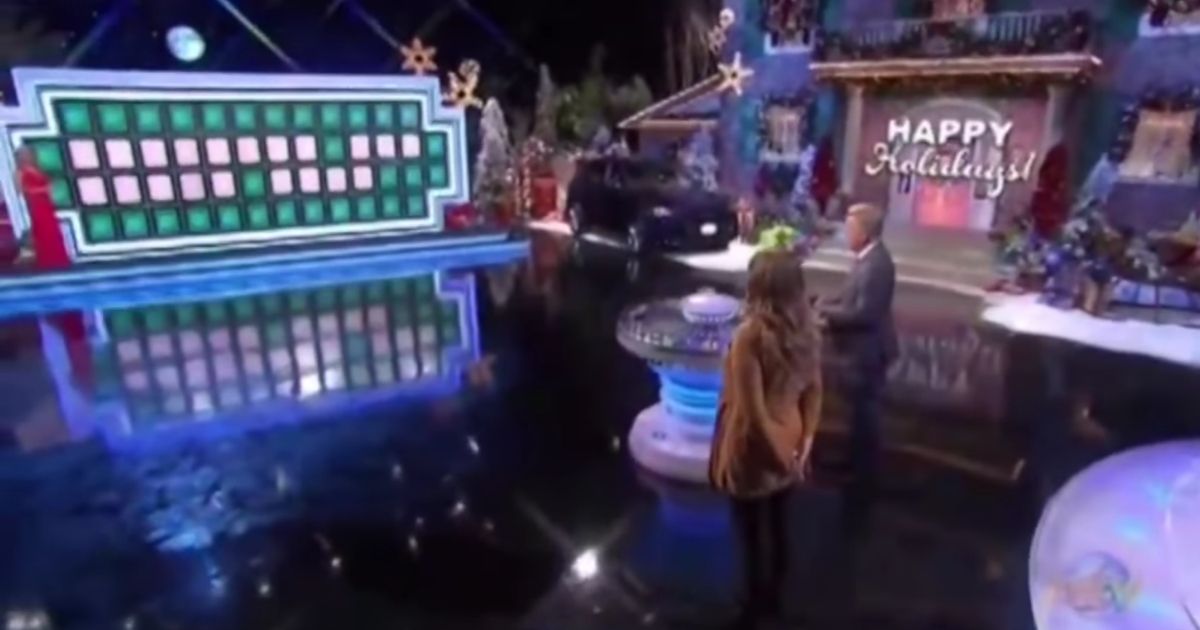 The following article, Wheel of Mis-Fortune? Technicality Costs Woman Huge Victory, Then Sponsor Takes Matter Into Own Hands, was first published on Flag And Cross.

From guessing the wrong letter at a crucial moment to getting the phrase right but pronouncing it incorrectly, there are a lot of sneaky potential pitfalls in the beloved game show “Wheel of Fortune.”

But Tuesday’s episode introduced a new way to fail on a technicality, and it had many fans outraged.

The category was “What are you doing?” and contestant Charlene was gearing up for the play of a lifetime.

After both the given and chosen letters filled out the phrase, Charlene was left with “_H__SING THE RIGHT __RD.”

Her first try was “Choosing The Right Card,” but that was incorrect. So she started out strong with her next attempt: “Choosing the right…” and just as her time was up, she said “word!”

And that was the correct phrase — but Sajak declined to give her the prize, apologetically explaining that her pause time had taken too long.

“This one’s tough because you said all the right words, including the word ‘word’ but as you know, it’s got to be more or less continuous,” Sajak said.

“We’ll allow for a little pause but not four or five seconds. I’m sorry, you did a good job in getting it but we can’t give you the prize and it was the Audi.”

Many viewers felt the sting of loss on Charlene’s behalf, some of them reaching out to the show and to Audi to voice their disappointment in the ruling and conviction that she had won the car fair and square.

Wheel of Fortune stood its ground and held its ruling, but Audi sided with the fans and announced its decision on Wednesday.

“You’re a winner in our eyes, Charlene,” they tweeted. “Now, let’s get you a prize. Time to #GiveHerTheQ3.”

The only problem? They didn’t have a way to get a hold of her — but the internet delivered on that front, too.

There’s no community like the Audi community. With your help, we tracked down Charlene!

“There’s no community like the Audi community,” they tweeted. “With your help, we tracked down Charlene!

“More to come as we help #GiveHerTheQ3.”

While some fans are still salty over what they consider a very unjust ruling, at the end of the day Charlene solved the puzzle and will be getting her Audi — all thanks to Audi.