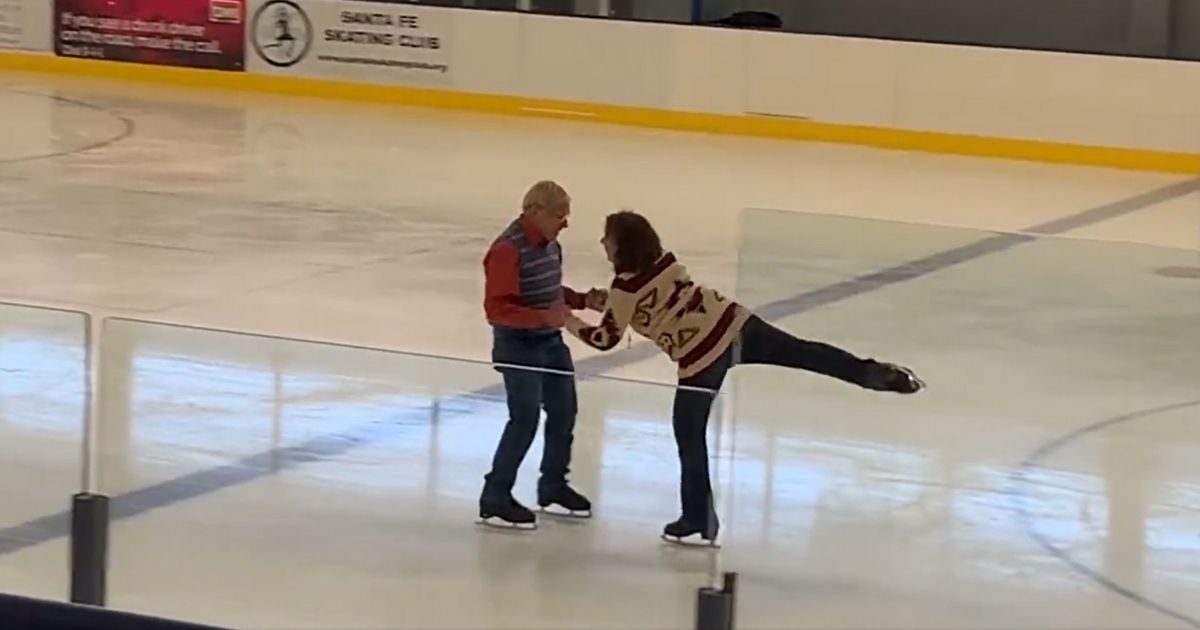 People approach their mortality in many different ways, but it’s always encouraging to see someone wring every last bit of opportunity and joy out of life, even when he knows he’s getting close to the end.

One older gentleman has been lifting spirits after a video of him went viral.

Richard Epstein, 77, was diagnosed with cancer in 2020, but that hasn’t stopped him in his lifelong pursuit of developing himself and branching out into new skills.

Epstein’s daughter, Rebekah Bastian, tweeted about one of his most recent interests, and the response has been overwhelming.

“My father is 77 years old and has stage 4 prostate cancer,” the Washington state woman wrote. “He decided to learn how to ice skate a few years ago, and just did this performance with his teacher. “For anyone that thinks it’s too late to try something new.”

My father is 77 years old and has stage 4 prostate cancer. He decided to learn how to ice skate a few years ago, and just did this performance with his teacher.

Bastian later explained that her father has been ice skating for fun for years, but three years ago he decided to take lessons, according to KTTV-TV in Los Angeles.

The video she posted was one of the newer routines he’d learned with his instructor, and the fact that he was still pursuing his goals warmed her heart.

“He gets an idea into this head about something new to learn or try and he just does it,” Bastian explained. “Like, why not learn? He’s a very ‘learn by doing’ sort of person and doesn’t perceive a lot of barriers for himself, which, I really admire.”

Epstein has always been like this, challenging himself to learn new things, according to KTTV. He was an astrophysicist but then “retired” to focus on inventing. He started his own company. He developed a device that “harnesses wind energy without any moving parts.”

His mental acumen is matched by his physical fortitude, and he’s always up for a challenge.

“I think he was around 60 when he summited Mount Rainier for the first time, and only time, and for his 70th birthday, I took him to do flying trapeze, which he did,” Bastian said. “He’s definitely up for an adventure.

“He’s always been really good at being in the moment and being happy for the things that are going well in life, and usually those things are directly tied to his family.”

His response: “Oh, how nice. I always wanted to be a famous athlete!”

As for the video clip, Bastian is happy it’s brought so much joy to others, and she herself can’t get enough of it.

“What I shared is that… the fact that it’s never too late to try new things or to, to start something new and that’s really what was welling up inside of me watching it was that, that sense of hope of, like, we can always learn new things, there’s always new starts … we could all use a little bit of optimism right now.”

Epstein’s humor is also clearly still in fine form. When Bastian told him the ice skating video had gone viral, he responded, “Oh, how nice. I always wanted to be a famous athlete.”