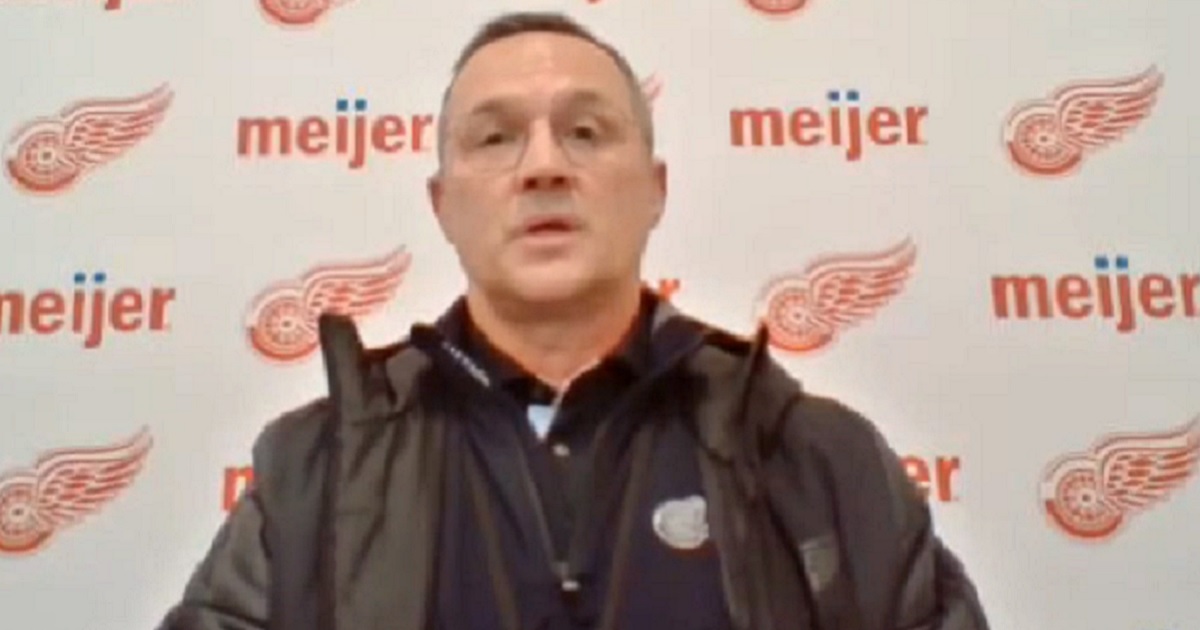 The following article, ‘They Want to Play’: NHL GM Speaks Out Against Excessive Testing Measures, was first published on Flag And Cross.

Over the past week, all three major American sports leagues currently in season have seen games affected by COVID-19. The National Hockey League has endured perhaps the worst outbreak of them all.

On Sunday, the NHL postponed all games involving travel over the U.S.-Canada border through the Christmas break. The ruling affects 12 games through Thursday, ESPN reported.

This brought the total to 27 games that have been postponed this season, the vast majority of them within the past week.

In response to the rising cases, the league “introduced enhanced protocols through at least Jan. 7 that include daily COVID testing, social distancing at team facilities, and restrictions on where players can go outside of the rink or hotel,” according to ESPN.

“At the end of the day, our players are testing positive with very little symptoms, if any symptoms at all,” Yzerman said at a news conference Saturday.

“I don’t see it as a threat to their heath at this point, so I think you might take it a step further and question, ‘Why are we even testing for guys that have no symptoms?'”

While the idea of not testing asymptomatic players differs from the current agreement between the NHL and the NHL Players Association, Yzerman said he believes most players agree with him.

“The players, I think, ultimately they want to play,” he said. “You probably need to ask them that, you know, guys I’ve talked to … none of the players have come to us and said, ‘Hey, we should shut this down.’ If they feel that way, they haven’t expressed that to us.”

The National Football League is experiencing a similar problem and player outcry led the league to loosen its testing practices.

According to The Wall Street Journal, the NFL postponed three games scheduled for this weekend — one on Saturday, two on Sunday — after over 100 players tested positive. That reportedly led many players and staff members to question why vaccinated, asymptomatic players were not allowed to play.

As a compromise, the NFL and NFL Players Association agreed to new protocols. Unvaccinated players will still be tested every day, and anyone with symptoms will also be tested, the Journal reported.

However, vaccinated players with no symptoms will no longer be subjected to weekly tests as they were before. Instead, the NFL will perform “targeted spot testing,” which will result in fewer tests for vaccinated players.

While the Journal noted that decreasing tests in a time of rising cases may be controversial, NFL chief medical officer Dr. Allen Sills said the league is learning more as it goes.

This is the same line of logic Yzerman is hoping to apply in the NHL, and many have agreed with him.

NHL reporter Adrian Dater said added that Yzerman “has the guts to say here what most everyone in NHL thinks, but have been too afraid to say publicly.”

Steve Yzerman has the guts to say here what most everyone in NHL thinks, but have been too afraid to say publicly pic.twitter.com/UYCOgZhfqy

The NHL is also in the process of reviewing its decision to allow its players to travel to Beijing for the Olympics in February, ESPN reported.

The league has a Jan. 10 deadline to opt out of the Olympics before facing a fine.