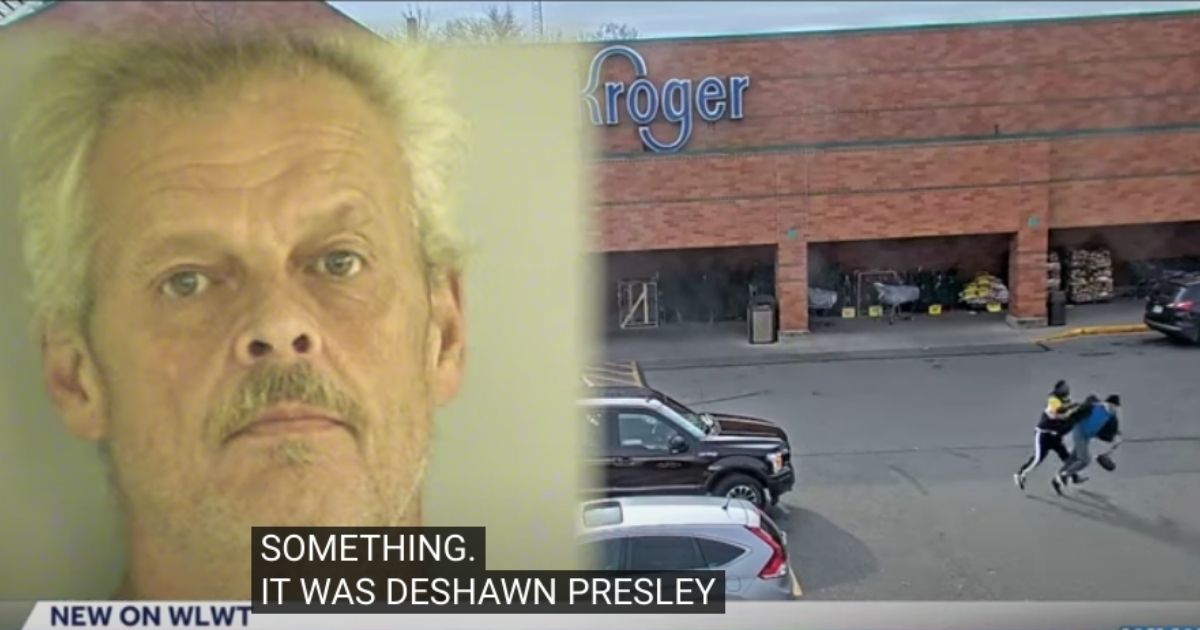 The following article, Shopper Catches Up to Alleged Purse Snatcher; Crowd Hauls Him in Front of 87-Year-Old Victim for an Apology, was first published on Flag And Cross.

Long before the police could get there, some Ohio citizens who understood justice were there to help 87-year-old Pat Goins.

On Dec. 5, Goins was shopping in a Kroger store in Lemon Township, Ohio.

While she was walking down an aisle, someone thought she would be an easy target.

“He stole my purse out of the cart,” Goins said.

Butler County Sheriff Richard Jones identified the man involved in the attempted robbery as Derek Vauhn, 58, of Middletown, according to WXIX-TV.

Shopper Deshawn Pressley caught the suspect in the store parking lot and was filmed in the act.

“He ran right past me and I chased him down,” Pressley said. “He got to his car and everything, but I grabbed him, held him to the floor, got him down. Did what I had to do until the police arrived.”

There was one more thing that Pressley and the others gathered around insisted upon after the robbery was prevented.

Vauhn was arrested and charged with robbery and theft. Goins told WXIX that the suspect never touched her; he just wanted the $60 in her purse.

The Butler County Sheriff’s Office later gave Pressley the Citizen’s Award, according to the TV station.

“I’m glad that he received this honor,” Goins said, “because he’s my hero.”

“You’re the man,” Jones, the sheriff, told Pressley at the ceremony. “I’m very proud of you.”

Shook this young man’s hand today and thanked him for saving Ms. Goins from a purse snatcher! Deshawn Pressley was given a citizens award for his bravery! The bad guy is in jail and DeShawn and Ms. Goins are forever friends! pic.twitter.com/97awa4NCaY

Goins and Pressley said they will continue what has become a friendship. Goins said she wants to meet Pressley’s daughter and be friends with her as well.

Continue reading: Shopper Catches Up to Alleged Purse Snatcher; Crowd Hauls Him in Front of 87-Year-Old Victim for an Apology ...

There are millions of real men (and women) left in America. God Bless them all.