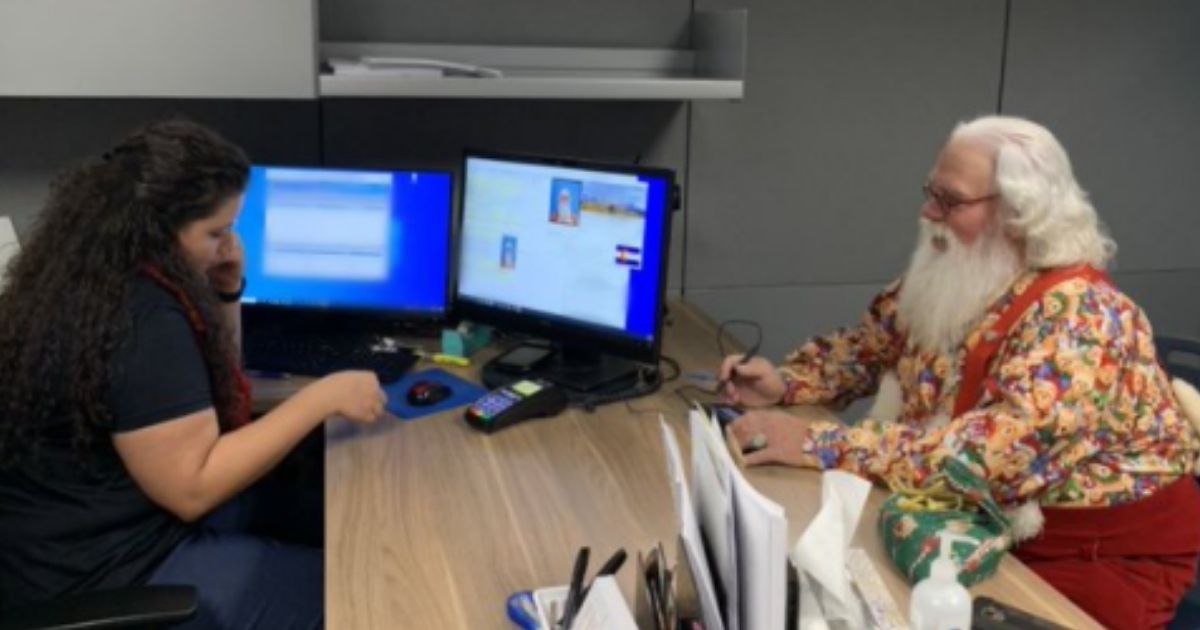 The following article, Sheriff’s Office: Punks Trying to Mug Santa This Year Will Find a Cold Steel Barrel and 8 Rounds of Holiday Cheer, was first published on Flag And Cross.

Having to make deliveries in Democrat-controlled cities and other dangerous parts of the world apparently prompted Santa Claus to check in with Colorado’s El Paso County Sheriff’s Department to apply for a concealed carry permit.

A tongue-in-cheek tweet from the EPCS showed St. Nick joining some 49,750 others in applying for a CCP, with 2,560 applicants still awaiting issue of theirs.

Guess who came in to receive his Concealed Handgun Permit today?

Did you know the El Paso County Sheriff’s Office has issued 49,750 Concealed Handgun Permits with another 2,560 awaiting to be issued?

As the rule of law in the nation disintegrates from the president on down, growing numbers of Americans are buying guns, making their first trips to gun ranges and applying for a CCP.

While there is no centralized database for gun sales, CNN reported that in March the FBI reported its biggest number of gun-purchase background checks – 4.7 million – in its 20 years of such record keeping.

That was up 77 percent from March 2019, and 2 million of these checks were for new guns, according to the National Shooting Sports Association, CNN said.

It’s easy to see why people are increasingly arming themselves. The movement to defund the police, bad guys out on bail due to lax prosecutors and riots and rampages by antifa and Black Lives Matter are prompting many Americans to protect themselves from becoming victims.

Indeed, much of the gun-related controversy surrounding the recent acquittal of Kyle Rittenhouse for killing two Kenosha, Wisconsin, rioters and wounding one centers on Rittenhouse being at the August 2020 riot in the first place.

Critics say he shouldn’t have been there; defenders of the then-17-year-old point out he was stepping in to do what police were not.

Throughout 2020, women made up half of all gun buyers, CNN said. And, according to the Northeastern University & Harvard Injury Control Research Center, a fifth of gun buyers were black and a fifth were Hispanic.

“Having four children in a very uncertain period of time that I’ve never experienced before led us to the decision to find a way to protect our family ourselves if we needed to,” Diane Bauer of Fort Myers, Florida, recently told WBBH-TV after she bought her first firearm.

“I want to make sure that I’m the first line of defense in defending my homestead,” she explained.

Along with gun purchases, more women are also securing their CCP, according to Florida gun range manager John Disendorf.

“It has increased a lot,” he said. “Mainly because of self defense, because of how unstable things have been for the past two years.”

Gun purchases have surged among both black men and women.

“Empowerment,” is how Janice Dalton responded when asked by WUSA-TV at a Maryland gun range why she sought to arm herself.

“I wanted to be knowledgeable about firearms,” she continued. “I wanted to gain confidence about just navigating my personal life, my professional life and security … that sense of security is really important.”

Meanwhile, Santa will be taking to the skies with his new Colorado CCP, and in certain areas of the country, he’ll be well prepared for certain bad guys that might be on his “very naughty” list.