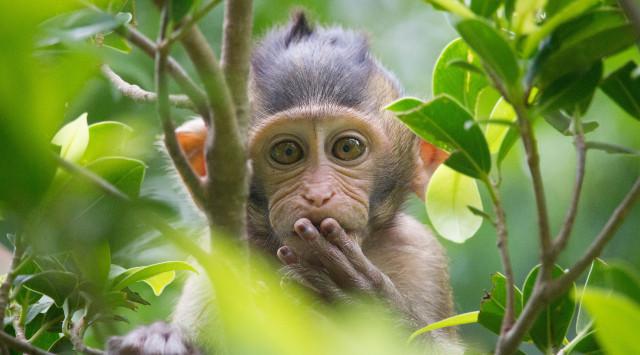 The following article, Report: Monkey-Dog War Engulfing Town Comes to an End with a Decisive Victory for the Primates, was first published on Flag And Cross.

After a group of dogs reportedly killed a baby monkey in Maharashtra, India, something like a real-life “Planet of the Apes” movie began playing out.

According to News 18 in India, monkeys in Majalgaon, an area within the Beed district of Maharashtra, were set off by a group of dogs killing one of their infants.

In response, the district’s monkeys went on a rampage against any and all dogs in their path.

As soon as the monkeys see a puppy, they take it to “a place of considerable height” and throw it to its death, News 18 reported. The monkeys have allegedly killed at least 250 dogs.

In addition, News 18 reported the monkeys are not confined to one village in their quest for revenge.

A village called Lavool with a population of just 5,000 sits about 6 miles away from Majalgaon. Residents said there are no dogs left in their village due to the monkeys’ rampage.

“At such heights, these puppies don’t get any food or water,” Lavool resident Radhakishan Sonawane said, according to Newsweek.

“Hence they died naturally many times. But sometimes they fell from a height and died. Over 200 puppies had lost their lives in our village.”

When forest department officials initially traveled to Lavool and attempted to capture the monkeys, they were unsuccessful. This reportedly led villagers to try to fend off the monkeys themselves and save their dogs.

According to News 18, villagers said the monkeys ran at those who attempted to thwart them. They said some men fell from buildings and sustained injuries while attempting to save their dogs.

After the monkeys essentially wiped out the nearby dog population, villagers began to worry that they would start attacking children, Newsweek reported.

“Some people were injured in the past few days while running away from these monkeys. However, no incident of any monkey bite was reported in this village.”

Munde also questioned the reports that 250 dogs had died at the hands of the monkeys. In Lavool, he said he was aware of three to four cases of dogs dying after two monkeys took them.

According to Newsweek, two monkeys believed to be responsible for the rampage were finally captured last week. Villagers said the attacks were happening for three months before the monkeys were captured.

Maharashtra | 2 monkeys involved in the killing of many puppies have been captured by a Nagpur Forest Dept team in Beed, earlier today. Both the monkeys are being shifted to Nagpur to be released in a nearby forest: Sachin Kand, Beed Forest Officer pic.twitter.com/3fBzCj273p

Authorities took the monkeys to Nagpur, a nearby city in the same state of Maharashtra, where they released them into a forest.

Continue reading: Report: Monkey-Dog War Engulfing Town Comes to an End with a Decisive Victory for the Primates ...