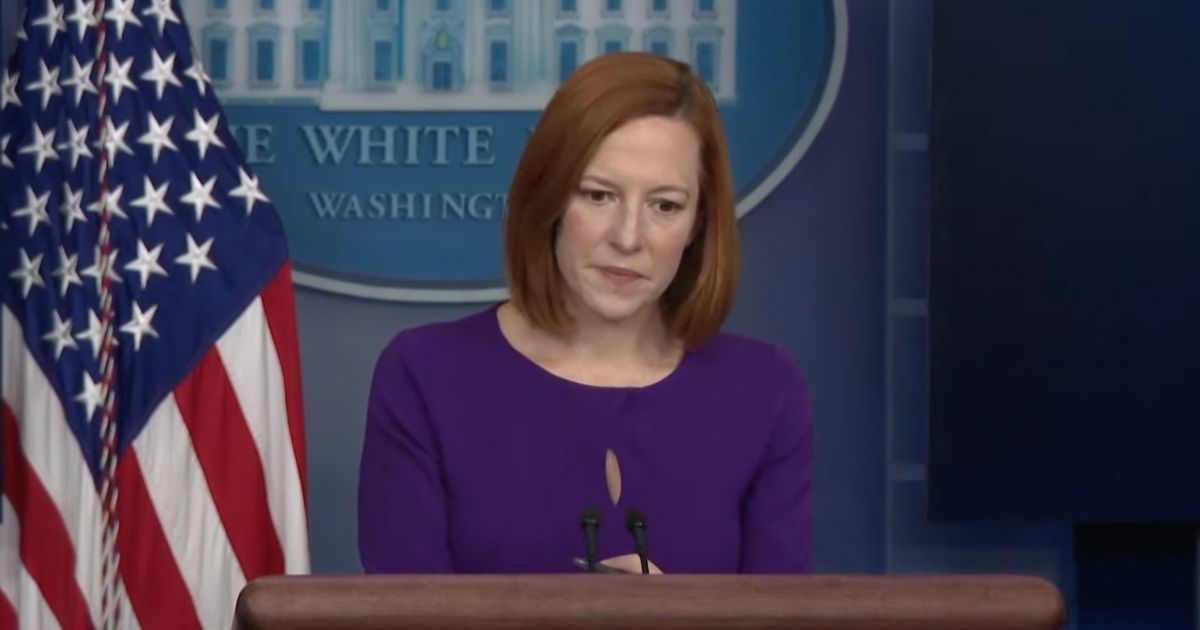 The following article, Blindsided Biden Admin Melts Down After Manchin Issues Permanent Rejection of Build Back Better, was first published on Flag And Cross.

And they say weekends are slow news days.

“I cannot vote to continue with this piece of legislation,” a visibly wearied Manchin said on “Fox News Sunday. “I just can’t. I’ve tried everything humanly possible. I can’t get there.”

This comes after months of the White House and other Democrats assuming they were owed Manchin’s vote because there is a “D” after his name. Eventually, inflation fears and the Democratic reluctance to reduce the scope of the bill doomed it. (It’s worth noting, too, that these were problems since the beginning — something we’ve been pointing out at every opportunity here at The Western Journal. You can help us bring America the truth about Joe Biden’s tax-and-spend plans by subscribing.)

“I cannot vote to continue with this piece of legislation.” — Sen. Joe Manchin (D-WV) says President Biden’s Build Back Better plan “is a no.”

“I’ve tried everything humanly possible. I can’t get there.” pic.twitter.com/HsgXgYms3e

This all but scuttled the bill, which requires all 50 Democrat votes to pass the Senate via budget reconciliation process. Despite the fact this was utterly predictable, the White House quickly lost its mind in comical fashion over the news.

In a statement, White House press secretary Jen Psaki said Manchin was failing “to honor his prior commitments and be true to his word.”

“Senator Manchin’s comments this morning on FOX are at odds with his discussions this week with the President, with White House staff, and with his own public utterances,” the statement said.

Psaki claimed Manchin had proposed a framework for a Build Back Better bill during a visit to the White House on Tuesday.

“While that framework was missing key priorities, we believed it could lead to a compromise acceptable to all. Senator Manchin promised to continue conversations in the days ahead, and to work with us to reach that common ground,” Psaki said.

“If his comments on FOX and written statement indicate an end to that effort, they represent a sudden and inexplicable reversal in his position, and a breach of his commitments to the President and the Senator’s colleagues in the House and Senate.”

This is an interesting take, inasmuch as reports from the meeting last week indicated “talks between [Biden] and Manchin have been going very poorly. They are far apart,” according to a source that talked to Politico for an article published Wednesday, four days before Manchin’s Fox appearance.

That same Politico article reported that “while Biden likes Manchin personally, he too has grown tired of the elongated talks and will soon push him to make a decision and support the legislation.”

Well, Manchin made a decision, all right.

Psaki’s lengthy statement noted the administration’s usual, tough-to-swallow talking points about Build Back Better: That it won’t affect inflation, that it won’t impact the deficit, that it will lower costs for hardworking American families, etc., etc. It’ll do everything except heal lepers with the touch of a government official.

“Just as Senator Manchin reversed his position on Build Back Better this morning, we will continue to press him to see if he will reverse his position yet again, to honor his prior commitments and be true to his word,” Psaki said in the statement.

“In the meantime, Senator Manchin will have to explain to those families paying $1,000 a month for insulin why they need to keep paying that, instead of $35 for that vital medicine. He will have to explain to the nearly two million women who would get the affordable day care they need to return to work why he opposes a plan to get them the help they need. Maybe Senator Manchin can explain to the millions of children who have been lifted out of poverty, in part due to the Child Tax Credit, why he wants to end a program that is helping achieve this milestone — we cannot.”

To the extent any of this is a good idea — the individual items might sound great until you look at the price tag — it still doesn’t take a bloated $1.75 trillion plan to accomplish.

Nevertheless, Politico on Sunday reported that the administration “saw Manchin’s Sunday comments as a shocking about-face — White House officials believed he had been sending signals that a deal could eventually be struck.”

“It comes as Biden ends 2021 facing a confluence of crises: Covid cases are surging throughout the nation, inflation remains high heading into the holidays, a renewed push on voting rights already seems stalled and now the signature piece of Biden’s agenda is in grave danger.”

Progressive Democrats were furious. House Progressive Caucus chairwoman Rep. Pramila Jayapal of Washington said Manchin had “betrayed his commitment,” while independent socialist Sen. Bernie Sanders of Vermont said a vote on the legislation should still go forward. Why? To “let [Manchin] vote no in front of the whole world.”

Bernie Sanders on Manchin saying he’s a no on BBB: “We’ve been dealing with Mr. Manchin for month after month after month. But if he doesn’t have the courage to do the right thing for the working families of West Virginia and America, let him vote no in front of the whole world” pic.twitter.com/LrHlbdXRBG

And an unnamed Democrat had this to say: “Manchin didn’t have the courage to call the White House or Democratic leadership himself ahead of time.”

Actually, a Manchin aide did notify both the White House and “congressional leadership” shortly before Manchin went on the air with his announcement, according to another Politico report. But the senator himself declined to speak to the White House, according to the article.

Why should he? At this point, what we’ve established is that negotiations were going poorly but White House and congressional Democrats assumed Manchin had the obligation to vote for yet another party-line spending bill.

The real fact that matters is, Build Back Better isn’t good for anyone but spend-happy Democrats. Let the White House and the rest of the Democrats rage all they want. In the end, they might find Manchin saved them from themselves.