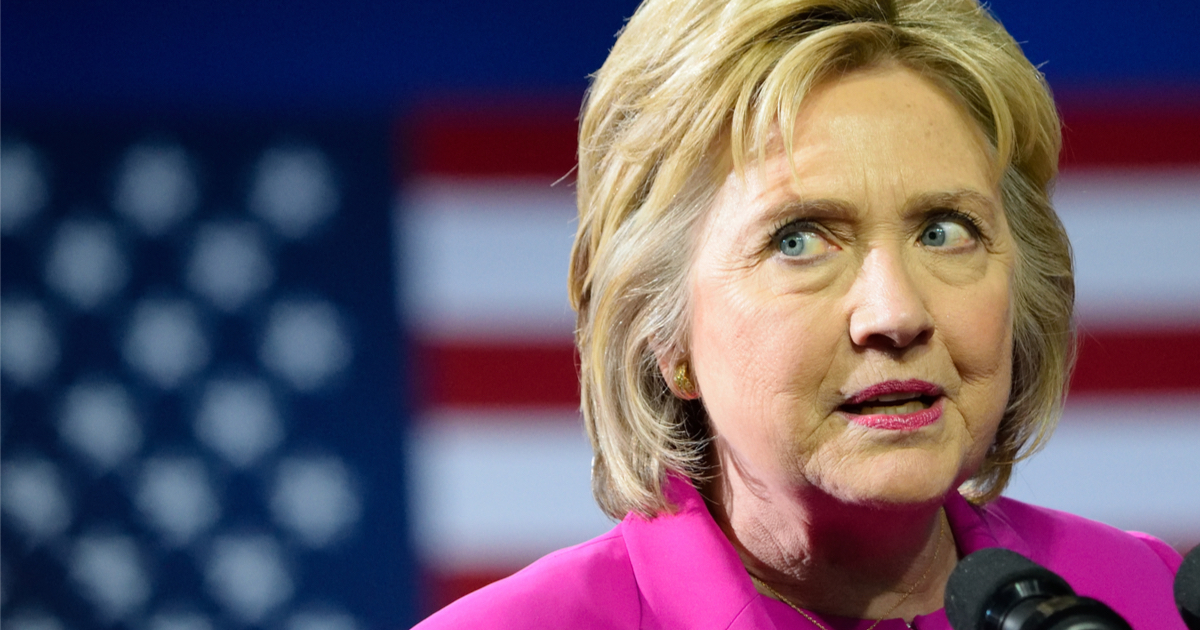 Special counsel John Durham is still examining the origins of the investigation into ties between Russia and the 2016 Donald Trump presidential campaign. Now, as part of Durham’s investigation, former Secretary of State Hilary Clinton’s 2016 campaign is falling under scrutiny as well.

The Washington Examiner reported that “Durham told a federal court that he is scrutinizing members of former Secretary of State Hillary Clinton’s 2016 presidential campaign as part of his criminal inquiry into the origins and conduct of the Trump-Russia investigation.”

Durham’s team asked the judge of the federal court to “inquire into a potential conflict of interest” concerning the lawyers for British ex-spy Christopher Steele’s main source for the anti-Trump dossier, according to the Examiner.

They noted that a separate lawyer at their firm “is currently representing the 2016 ‘Hillary for America’ presidential campaign, as well as multiple former employees of that campaign, in matters before the Special Counsel.”

Before the end of the Trump administration, then-Attorney General Bill Barr elevated Durham to special counsel status in October 2020, as Politico reported.

This appointment as special counsel meant that he could continue investigations even under the new administration.

Much of the investigation so far has focused on Igor Danchenko, a U.S.-based but Russia-born researcher.

He was charged with five counts of making false statements to the FBI.

The indictment for Danchenko said that he made these false statements about information he provided to Steele for his dossier (which is now discredited), but which the FBI relied on when getting authority for the secret surveillance of one of Trump’s former campaign aides, as the Examiner reported.

So what does Hilary Clinton have to do with all this?

Two lawyers, Stuart Sears and Danny Onorato, took over as Danchenko’s defense lawyers. At their firm is also Robert Trout, who represented Clinton campaign members in the past. Onorato and Sears argued that there is no conflict of interest.

But Durham’s team argued that the interests of Danchenko and the Clinton campaign “could potentially diverge in connection with any plea discussions, pretrial proceedings, hearings, trial, and sentencing proceedings.”

Durham listed several issues that could become relevant to Danchenko’s defense. He then explained how the Clinton campaign and Danchenko could have ties in all this and try to shift the blame on each other concerning the dossier.

“On each of these issues, the interests of the Clinton Campaign and the defendant might diverge … For example, the Clinton Campaign and the defendant each might have an incentive to shift blame and/or responsibility to the other party for any allegedly false information that was contained within the Company Reports and/or provided to the FBI,” Durham said, according to the Washington Examiner.

This investigation is complicated and many people have forgotten it’s still ongoing. But with Clinton now potentially tied to it, things could become much tenser.

The Clintons, in general, do not have a history of being squeaky clean in their dealings, and the fact that there is even a whisper of a potential connection to this investigation does not bode well.