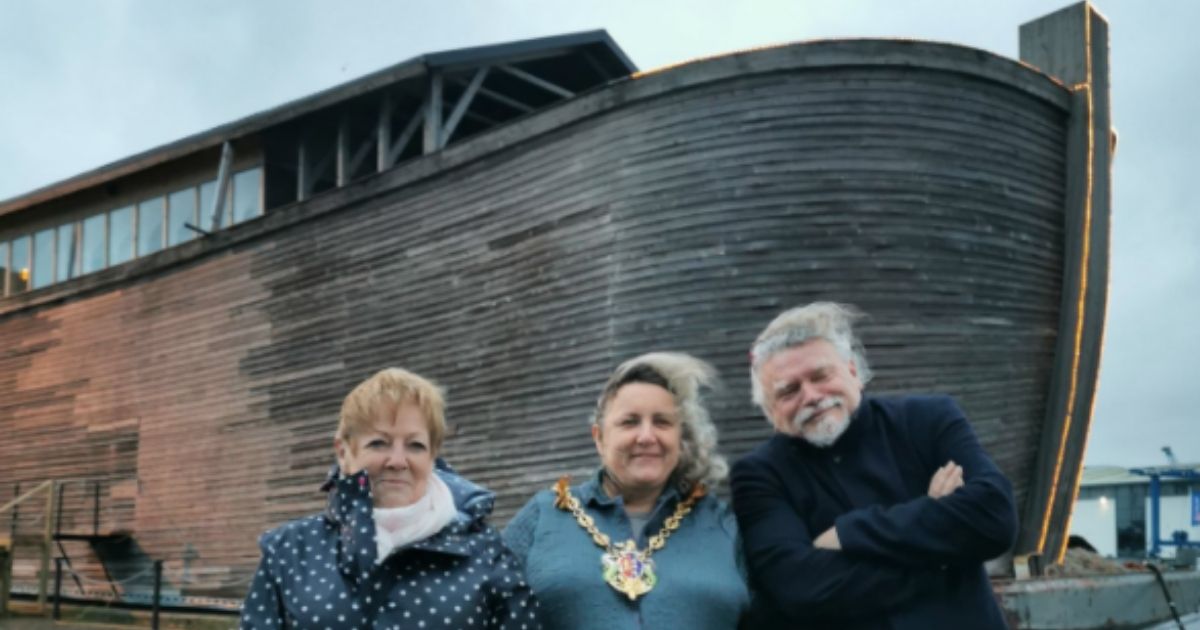 The drive to bring history to life is real for many around the world. One particular Christian example is Noah’s Ark and the people who have labored to create replicas of the behemoth lifeboat.

Perhaps the best-known example stateside is Ken Ham’s “Ark Encounter,” where visitors can tour a life-sized replica of the ancient boat in Williamstown, Kentucky.

But Ham isn’t the only one whose fascination with the ark has borne fruit: Sir Aad Peters from the Netherlands is the owner of a half-sized replica that floats on water.

The 230-foot-long replica isn’t technically a boat and thus must be towed anywhere it goes, but it’s been turned into a museum full of quirky sculptures and animal statues and has traveled to several countries during its 61-year life.

“Created from the fertile brain of Dutch TV and Theatre producer Sir Aad Peters, The Ark is a half-sized replica of Noah’s original boat and an educational and cultural celebration of many of the Bible’s legendary stories,” the Ark Museum website states.

“From Adam and Eve, Cain and Abel, Noah, Abraham, Moses, David and Goliath and countless more, this quirky, creative, and extraordinary space is an experience visitors will never forget.”

“The biblical stories are brought to life through an array of unique wooden carved sculptures, the centre of which is the tree of life growing 12 metres up through the middle of the ship,” according to the website.

“In the ten years since the boat was created (into a museum), over half a million visitors, including many schools, have launched their own education projects based around the themes on The Ark.

“Aad Peters has already taken his Ark and the message of hope to the Netherlands, Denmark, Germany and Norway and for the first time has brought it to Britain.”

But it was in Britain that the ark and its owner faced the most difficulties.

In 2019, the ark made it to Ipswich. It was closed awhile during the pandemic, but as it was time to move on, the Maritime and Coastguard Agency (MCA) challenged Peters’ plans to move it, citing a number of safety violations and “deficiencies.”

According to the East Anglian Daily Times, the ark was scheduled to leave this past March but was detained after being labeled unseaworthy and began racking up a staggering amount of fees.

Part of the issue stems from the fact that the owners said the ark was categorized as a “non-certified floating object,” exempting it from international regulations.

The Maritime and Coastguard Agency disagreed.

The owners also said the ark is insured, has passed inspections, and has been towed between local countries without any issues before.

“The requirement to obtain full registration and the required certificates was and may not be achievable within the required timescales and would incur unreasonable costs and time delays to the vessel,” the owners said in a statement, according to the Daily Times.

“Towage plans have now been made for the Ark to return to the Netherlands, and the vessel is still awaiting towage approval to depart from the UK.

“Owners have been continuously seeking a means (of release) and (permittance) to be towed on a single voyage from the UK to the Netherlands, with an agreed towage plan.”

But neither side was budging, and so for quite some time, neither did the ark. The owners faced a $16,000 fee for the ark’s initial detention, and $660 for each day it continued to sit at Ipswich without the owners rectifying the issues the MCA believed were problematic.

“Noah’s Ark will remain detained until all the deficiencies have been put right and an MCA surveyor is invited back by the owners to check they’ve been corrected,” MCA officials said, according to the Daily Times.

“We do have concerns about this vessel, and we cannot rely on the grace of God that it can be safely towed to Holland.”

However, by July 3, the ark had been towed back to the Netherlands and has continued its operation as a museum.

It’s probably safe to say it won’t be traveling back to Ipswich anytime soon.