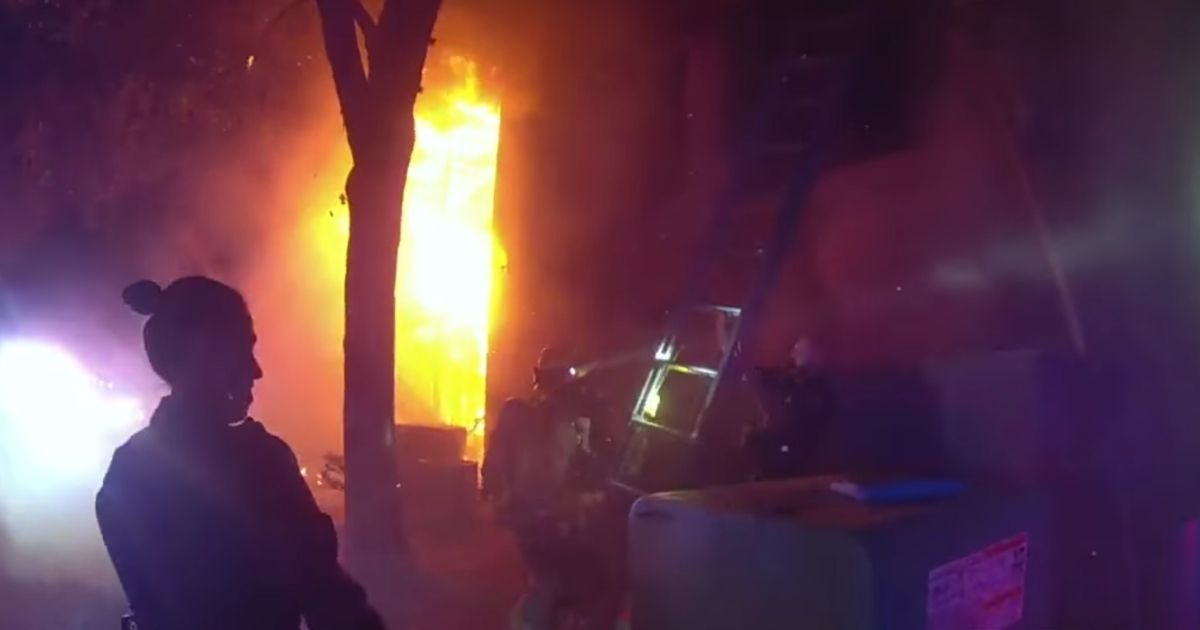 The following article, Police Rescue Mother and Daughter from Raging Apartment Fire, Then Return with Christmas Presents, was first published on Flag And Cross.

On Dec. 11, three officers with the Austin Police Department (APD) helped rescue a family from an apartment fire, but then went the extra mile to ensure they would have a Merry Christmas as well.

When the police arrived on the scene, the front of the apartment was ablaze. As they ran around the side they could see someone on the second-story balcony.

One officer immediately leaped up onto a fence below the balcony, reaching up to a woman and her daughter who were trapped on the balcony.

At some points he was almost completely obscured by drifting smoke, coughing as he reached for the girl.

The APD has since released the bodycam footage, showing the daring rescue in detail.

“One of the 9-1-1 callers said she and her 10-year-old daughter were trapped.

“APD Officer Brent Gray, Officer Ana Aguilar, and Sgt. Gilbert all assisted in rescuing the daughter from the balcony, and Austin Fire Department used ladders to help get the mother down.”

On the bodycam video, multiple people repeatedly tell the officer to go get oxygen after more responders arrive on the scene to help the mother off the balcony

“Thanks to these [officers] for their quick actions and dedicated response in rescuing this family, they have been nominated for a Meritorious Service Medals,” the post continued.

“We are also happy to report that the cat in the apartment was also found safe.”

According to KABC-TV, other people were also rescued from the apartment building and the cause of the fire has not yet been determined.

“Earlier this week, we commended several of our officers for their work rescuing a family from an apartment fire,” the APD posted on Wednesday, along with a video of the gift reveal.

“Last night, those same officers brought gifts to that family who lost their home in the fire.”

The heroic rescue and kind gesture have warmed many hearts. While this holiday might not be quite what this mother, daughter and cat expected, thanks to these kind officers the spirit of Christmas is still alive and well.