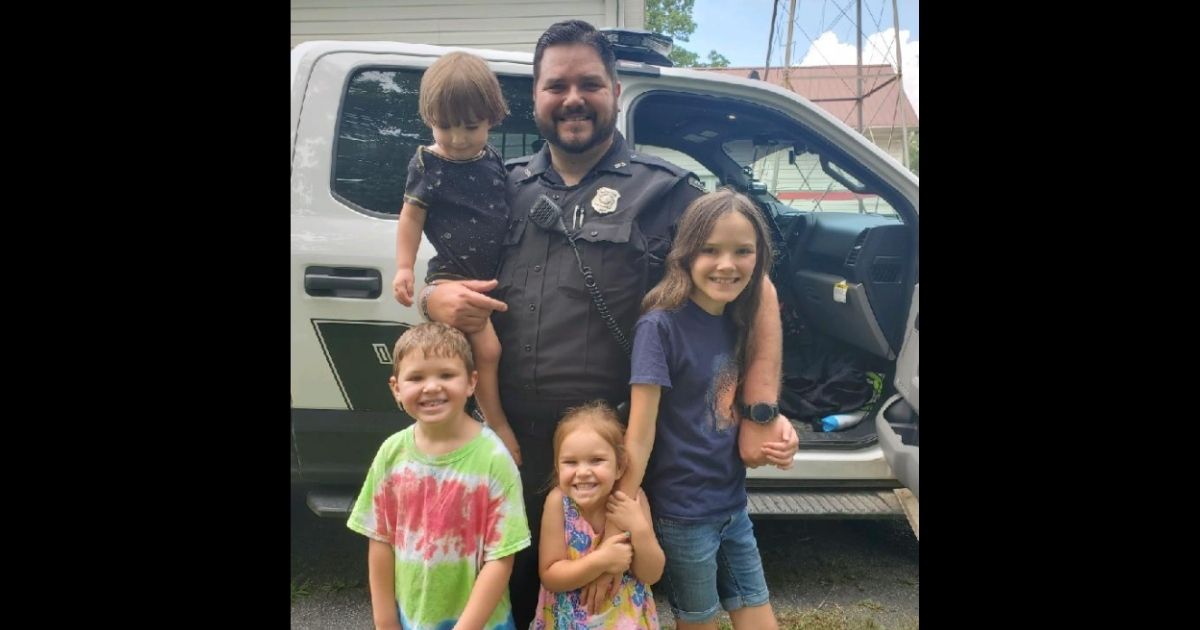 The following article, Off-Duty Cop and Pregnant Wife Spot Unconscious Couple in Car on Side of Road, Stop to Save Their Lives, was first published on Flag And Cross.

On Sunday, a family was on their way to a Christmas event when they spotted something disconcerting as they drove.

Joseph Wells and his wife, Lauren, of Chattahoochee Hills, Georgia, were driving through Carrollton when they saw what appeared to be two unresponsive people in a car that had been pulled to the side of the road.

Wells, who is also known as Cpl. Joseph Wells with the Chattahoochee Hills Police Department, was off-duty but couldn’t let the situation go uninvestigated, so they turned around to check it out.

When husband and wife approached the stopped car, it became clear that the couple inside was in dire straits, and the Wellses lost no time calling for backup and starting CPR — no small feat, especially given that Lauren was quite pregnant.

The City of Chattahoochee Hills released a statement later, detailing the incident.

“As they drove past the vehicle, Corporal Wells noticed a male and female occupant slumped over inside,” the statement read. “Cpl. Wells turned around to check on the welfare of the individuals. In doing so, he discovered both were unconscious and not breathing.

“They continued to provide these life-saving measures until emergency medical assistance arrived on the scene to take over. Both occupants were transported to the hospital.

“As a direct result of the expedient, lifesaving actions of Cpl. Wells and Lauren Wells, these two individuals survived and are alive today.”

The cause of the victims’ states has not been made public, but the city recognized the heroic couple’s “acute awareness, training, and quick action” and commended their efforts.

Chattahoochee Hills Police Chief Jim Little also recognized their fast thinking and said Wells’ actions are part of what makes him the best of the best.

“This incident is an example of the courage, leadership and duty Corporal Wells displays while working in Chattahoochee Hills,” Little said. “We are always on duty and ready to respond. I am thankful and proud of Corporal Wells and his wife, Lauren.”

Locals also took notice, with Jenna Stamps sharing the Chattahoochee Hills news bulletin and commending the character of the family.

“It’s a miracle!!!” she posted. “I am so proud and extremely blessed to know Lauren & her husband!! These amazing people are a perfect example that there is so much good and light in this world!!

“A family can hug their loved ones this Christmas because of Lauren & Joseph Wells.”

Continue reading: Off-Duty Cop and Pregnant Wife Spot Unconscious Couple in Car on Side of Road, Stop to Save Their Lives ...